Rejoice, Lakers fans. Your awful-shooting, ill-fitting, probably-should-be-blown-up team will not go 0-82 this season after a 121-110 win over the visiting Denver Nuggets on Sunday night. The Lakers are now 1-5 with two days off before hosting the New Orleans Pelicans on Wednesday.

Another first came out of Sunday’s win: Russell Westbrook, who came off the bench, was a game-high plus-18. That’s the first time he’s registered a positive point differential this season.

Westbrook, with 18 points, eight boards and eight assists on 6-of-12 shooting (including 2 of 4 from 3), was legitimately good against the Nuggets, and by the end of the game the L.A. crowd, which has basically been locked in a collective groan every time Westbrook has touched the ball this season, was honestly going wild for/with the guy.

This has all the feel of a fanbase and player that knows how desperate this season has already become and is resigned to finding any reason at all to celebrate. After the game, Westbrook — who, to his credit, has remained joyful on the court while cheering at every turn for his teammates when he’s been on the bench — said he will never let anyone from outside his tight circle rob him of his joy, and he’s been true to that claim.

It’s been a tough go for Westbrook, no doubt. A lot of it is Westbrook’s fault, and a lot of it is general manager Rob Pelinka’s fault for trading for him in the first place and then exacerbating that move by putting him in the worst possible position to have what little positive impact he can still have on a team.

But for one night, Westbrook and the Lakers did good. He shimmied after a layup and flexed with Austin Reaves. Anthony Davis — who reportedly approached Westbrook in the locker room to tell him how proud he is of him for the way he’s accepted the bench role — and LeBron James combined for 49 points, 21 rebounds and 10 assists. The fans stood up and cheered “Let’s go Lakers!”

Who says you can’t be romantic about basketball? 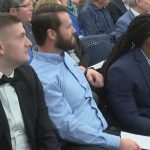 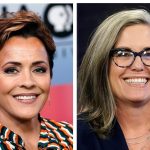