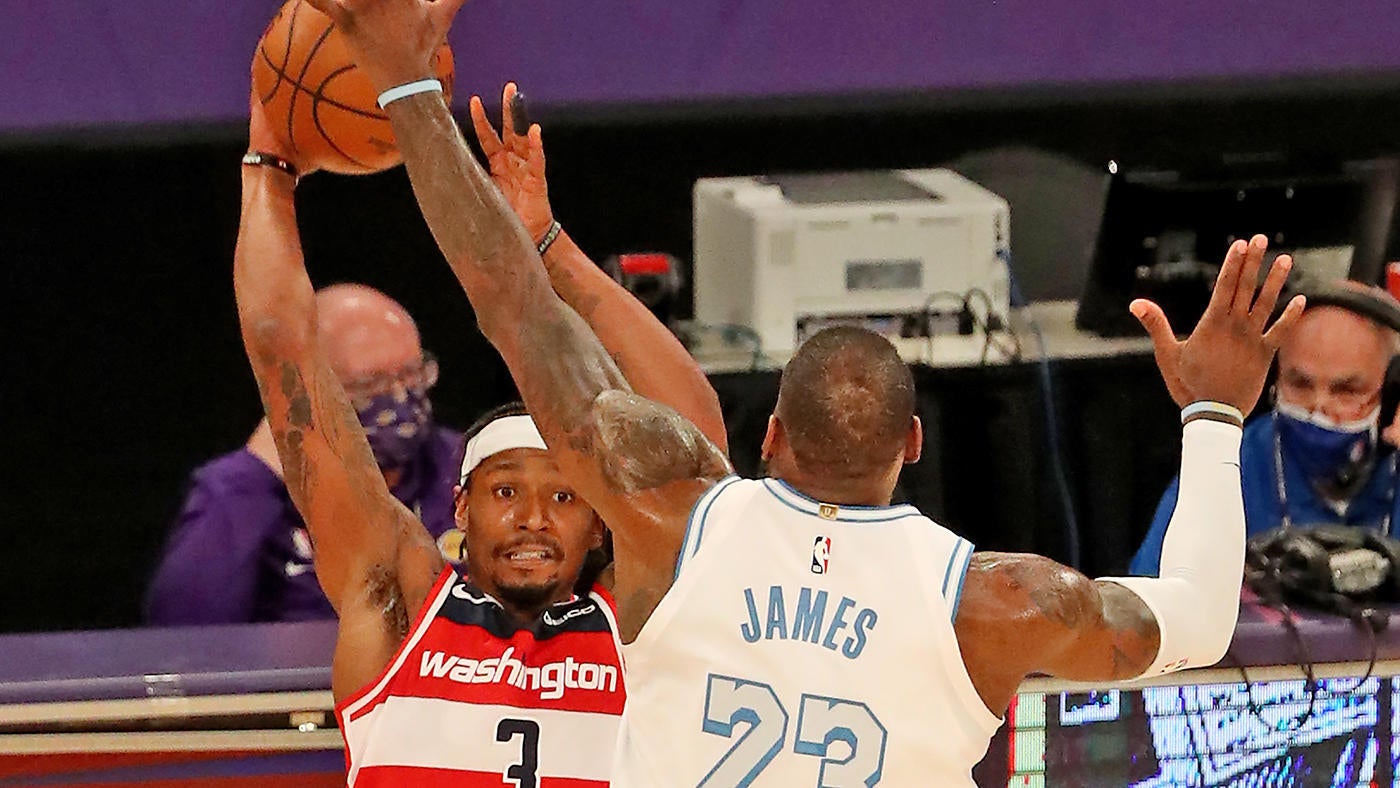 Bleacher Report’s NBA insider Chris Haynes dumped a lot of Lakers nuggets into one article on Thursday, reporting that LeBron James is not cool with punting on this season in hopes of reinforcements arriving next year, that the Lakers are not considering trading Anthony Davis, and that teams are starting to call about the availability of Russell Westbrook (If you believe that, I’ve got plenty of other stuff to sell you).

Also this from Haynes:

A star player whom the Lakers are known to covet is Washington Wizards shooting guard Bradley Beal, sources say. Going after the 10-year veteran would only be an option if Beal were to request a trade, a tactic he has been reluctant to exercise.

Sports Illustrated‘s Howard Beck recently noted that the Lakers were holding off on potential trades because they are waiting for “a specific player” to become available. This doesn’t really qualify as news that Beal sounds like that player. This just in: A lot of teams covet Bradley Beal … if they could get him for a fair price, and if he were to even become available. Those are big ifs even for teams that would have a trade package in which the Wizards would presumably be interested in the first place.

The Lakers aren’t one of those teams. At this point everyone with a wifi signal knows the Lakers have a 2027 and 2029 first-round pick eligible for trade. And what else? Have you seen the Lakers’ roster? In what world would the Lakers have even one player the Wizards would potentially want outside of LeBron James or Anthony Davis? In fact, scratch Davis, too. He’s the same age as Beal and a good bet to depreciate fairly rapidly.

Even if the Lakers waited until the summer (again, LeBron doesn’t want to waste this season, and he shouldn’t) and sent their 2023 pick (which will become trade eligible once New Orleans almost certainly exercises its right to swap picks with L.A. in the upcoming draft), the Wizards surely haven’t held onto Beal like a first-born child for this long just to ship him out for three picks and a bunch of salary-filling scrubs, and they certainly wouldn’t do so for Russell Westbrook’s expiring contract.

Sorry, Lakers. You’re not getting Bradley Beal. Frankly, even if the Wizards were dumb enough to strike a deal here, the Lakers should know that Beal is not the answer to their problems. They are not the proverbial one player away. They need multiple good players

The potential deal with the Pacers for Myles Turner and Buddy Hield is a better option than going all in on another max player. What are they going to do with Beal in a couple years when Davis can hardly walk and/or LeBron is gone and they don’t have and draft picks left to mortgage? Quit hunting big names like you did with Westbrook and start putting together an actual well-rounded unit.

To that point, either make the Pacers deal — or some other deal that pops up that nets them multiple quality players that address their shooting issues and supplies them with a rim-protecting, floor-stretching big who play alongside Davis at the four — and take a halfway honest run at contention while LeBron is still playing at this level, or just scrap the season and go into the summer with near max cap space and those picks in your pocket. Even if the Lakers had the goods to get Beal, which they don’t, he is not their answer.