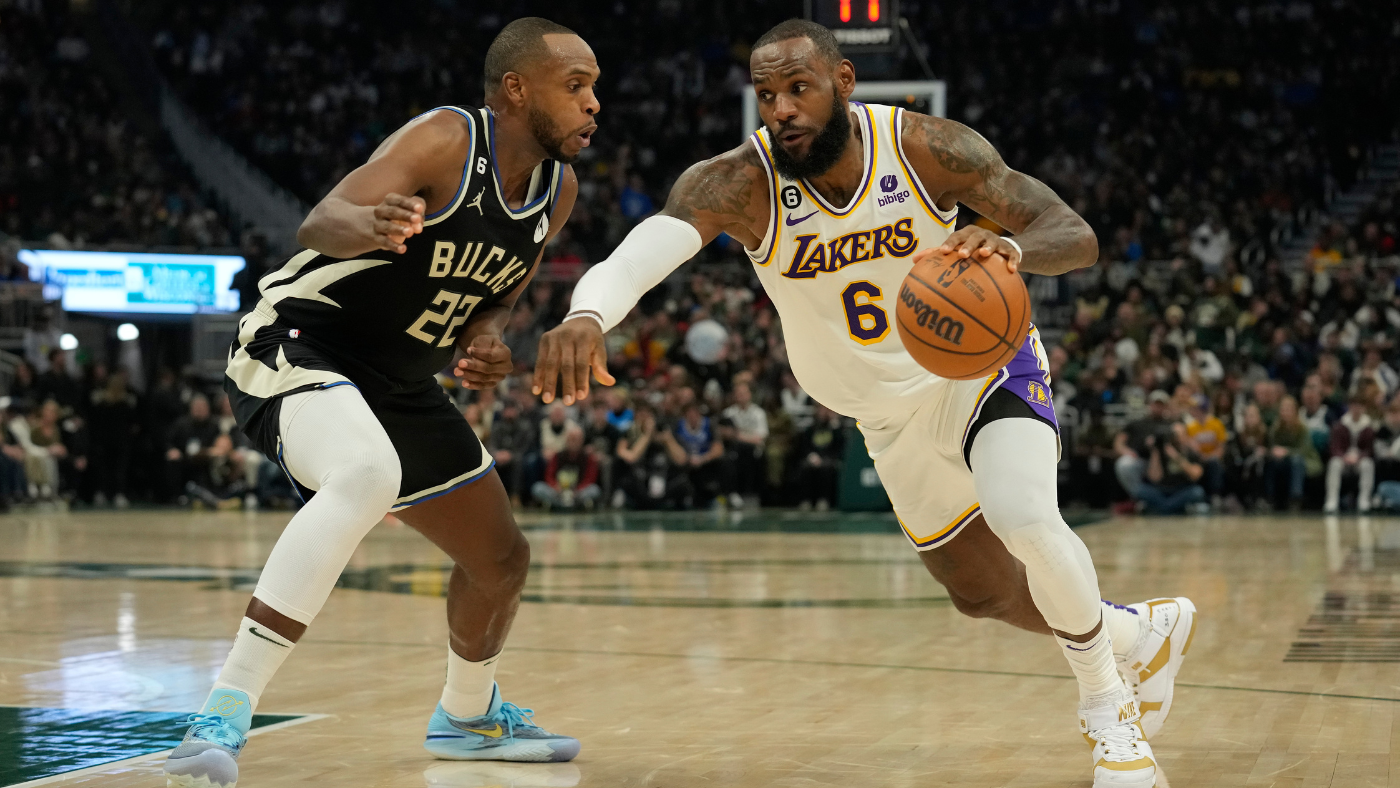 Los Angeles Lakers star forward LeBron James made some more NBA history on Friday night. During the fourth quarter of Los Angeles’ 133-129 victory over the Milwaukee Bucks, James passed Lakers legend Magic Johnson to move into sixth place on the NBA’s all-time assists list. James had 11 assists on the night, and now has a career count of 10,144. Johnson compiled 10,141 assists over the course of his career.

James now sits less than 200 assists away from Mark Jackson, who has 10,334 assists and Steve Nash (10,335). If James remains healthy, he’ll likely pass both during the current campaign and end the season with the fourth most assists of all-time, behind only the still-active Chris Paul (11,071), Dallas Mavericks coach Jason Kidd (12,091) and Utah Jazz great John Stockton (15,806).

You can see the pass that propelled James past Johnson below:

Johnson is widely considered to be one of the greatest passers to ever play the game, and James belongs in that same conversation. He led the league in assists per game during the 2019-20 season, and he has finished in the top 10 on several other occasions. Over his career, he’s never averaged fewer than 5.9 assists per game. He also happens to be an elite scorer, but that shouldn’t overshadow just how dominant James has been as a passer since he entered the league in 2003.

James takes immense pride in his passing, and he’s a student of the game, so the magnitude of the moment — passing Johnson in the same uniform the Hall-of-Famer used to wear — isn’t lost on him.

“It’s very humbling to be linked with any of the greats, but it’s even more of a humbling feeling when you’re actually wearing the same uniform that a guy was wearing,” James said after the game. “Magic has been everything to this franchise since the moment he was drafted and it’s an honor for me to try to carry on his legacy while I play this game.”

While he continues to climb the assists list, James also draws closer to passing Kareem Abdul-Jabbar to become the NBA’s all-time leading scorer with each game that he plays. James needs fewer than 1,000 points to pass Abdul-Jabbar, so there’s a chance that he’s able to accomplish that this season as well.