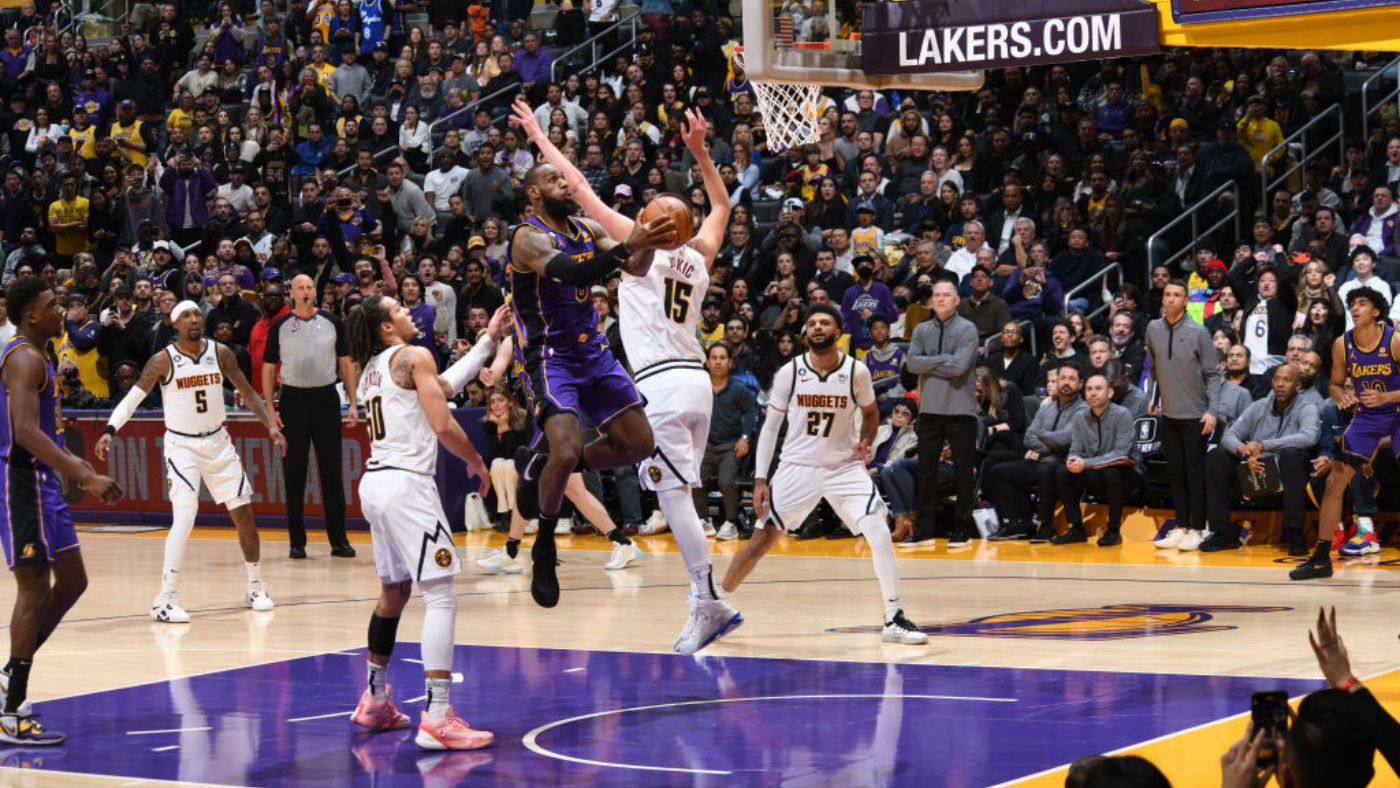 A member of the Los Angeles Lakers got MVP chants during Friday’s 126-108 victory over the Denver Nuggets, but it probably wasn’t who you’re thinking.

It wasn’t Anthony Davis, the Laker playing most like an MVP thus far this season. It wasn’t LeBron James or Russell Westbrook — two actual former MVPs — though they deserved such praise with 45 combined points, 20 combined rebounds and 16 total rebounds. And it wasn’t even the player who shares a last name with former Lakers MVP winner Kobe Bryant, though the less famous Thomas Bryant thrived with 21 points in perhaps his best outing of the season.

No, the MVP chants were for second-year undrafted guard Austin Reaves who had just scored his 10th consecutive point in the second quarter to cut a nine-point deficit down to four by finishing a layup in traffic and drawing a foul in the process. The fans rewarded him with perhaps the highest honor they can bestow upon one of their own.

Reaves scored only six more points in the rest of the game, but the fans in the building recognized the importance of that streak. The Lakers have developed a nasty habit of blowing enormous leads in startlingly brief periods of time. That trend culminated on Tuesday when the Lakers watched a 13-point fourth-quarter lead evaporate in the final four minutes against Boston, and after watching the Lakers turn a nine-point lead into an identical deficit in the second quarter, that trend was rearing its ugly head once again. For a few minutes, Reaves stepped up and was the best player on the court. Soon after, he ceded the position to a teammate.

In the third quarter, it was Dennis Schroder, who scored 10 points to lift the Lakers out of yet another hole and send them into the fourth in control of the game. Rookie Max Christie followed it up by bringing the building down with back-to-back clutch 3-pointers. Westbrook, who notched his 196th career triple double, sealed the win with perhaps his most complete quarter of the season. James filled in every gap. Bryant filled in the biggest.

Anthony Davis suffered a right foot injury in the first half. He didn’t play in the second. Bryant made nine-of-11 shots in relief duty while defending the two-time reigning MVP Nikola Jokic, and in the process shined as one of the brightest stars of what might have been the best team-wide performance of the season. Seven Lakers scored in double figures. The bench poured in 58 points. The Lakers blew the Nuggets out by 22 points in the minutes that Davis didn’t get to play.

It’s a startling number considering the trajectory of this season. The Lakers were 11 points per 100 possessions worse with Davis on the bench this season entering Friday’s game. They typically survive with him and wilt without him. Their season survived largely on his back. After the team started 2-10, he averaged 32 points and 14 rebounds per game to lift them back within spitting distance of .500. Many of those games came with little to no ancillary support. James and Davis combined to take more than half of the team’s shots in Tuesday’s loss to Boston. They had no other choice. Their teammates shot 38 percent from the floor and 31 percent from deep.

That approach was unsustainable. It was evident during the Boston collapse. Davis played the entire second half and all of overtime. His injury Friday was almost certainly a coincidence, but it was a symbolic one. Sooner or later, the team’s reliance on Davis was going to be punished. No player can do what Davis has done lately 82 times, especially one with the injury history he has. Eventually, this team was going to be tested without him.

And on Friday, the Lakers passed that test with flying colors. They beat one of the NBA‘s best teams without their best player, and in the process proved that as good as Davis has been for the past month, this team doesn’t need to be a one-man show. Reaves may have gotten the MVP chants, but in truth, pretty much everyone on the roster deserved them at some point in what might have been the best Laker victory of the season.