Military exercises involving US and Australian forces across the Top End are wrapping up, but experts are divided on the significance of their move into Western Australia.

Exercise Koolendong 22 included action at Yampi Sound and Curtin Air Base in the Kimberley for the first time this year.

The mock operational exercise, which was expected to involve more than 2,200 Marines, soldiers and air and naval assets, has normally been staged out of parts of the Northern Territory.

But the move into WA comes at a time when community leaders across the state’s north are advocating for more Defence installations to protect critical infrastructure in the region.

Those calls increased after a Chinese spy ship was sighted and tracked off the state’s coast this year and a commitment by the federal government to review the locations of Defence assets.

Soldiers learn lessons in the Kimberley

Australian 13th Brigade Commander Brett Chaloner said soldiers battled the elements and logistical challenges when facing off against a fictional enemy played by the US this year.

“I think on day one our particular mobility vehicles went into Yampi Sound and probably blew a few tyres, as they were learning how to manoeuvre,” Brigadier Chaloner said.

“Ultimately the marines did prevail, and I think they probably … had a few B-2 bombers in support. The reality was our soldiers got a great training opportunity.”

Brigadier Chaloner said operating in the Kimberley was a “pretty new experience” for many of the soldiers in his unit, but they were likely to return.

“Some of them have been here in the deep, dark past. But in terms of currency, we couldn’t do it any other way; you have to get on the ground and … experience the environment,” he said.

“The 13th Brigade and other parts of the Defence Force are going to be here more often and do more things.

“That’s going to be part of a larger … Defence push into the north-west over the next few years.”

B-2 Bombers send signal to China

Last week images were released showing multiple nuclear-capable B-2 bomber aircraft flying with an Australian contingent of F-35s over Curtin Air Base as part of the exercise.

Curtin University national security expert Alexey Muraviev said the use of B-2s in the exercise sent a signal to Australia’s rivals in the Indian Ocean.

“The deployment of some four B-2s, according to open-source reports, to Australia is something that obviously the Chinese will be anxiously following,” Dr Muraviev he said.

“You don’t send your advanced, stealthy aircraft … into an unknown area; it can only operate outside of the United States [or] in the territory … which is closely aligned with you.

“We’re not gearing ourselves for an open confrontation with China, but we try to send them a really powerful signal that there are some red lines that exist.”

Dr Muraviev noted the exercise also gives Australian and US forces a chance to work together and get to know a potential new area where they could be operating from.

“Our Air Force, whilst having regular practice operating alongside our American allies, will get experience of housing and assisting with aerial operations of those strategic assets,” he said

Exercises not an escalation

Professor Gordon Flake, chief executive of the Perth US Asia Centre at the University of WA, says the new location is a “good thing” but not a notable development.

“It’s a part of a normal process of readiness exercises for a long standing marine rotational force there in Darwin,” he said.

“I would be hesitant to kind of suggest that there’s a particular escalation that people ought to be paying attention to today in the Indian Ocean that merited something in the Kimberley.”

When it comes to the presence of B-2 bombers, Dr Flake said all military exercises served “dual purposes” to train troops and signal overseas allies and adversaries.

“Certainly these [exercises] are again, once more about war-fighting exercises for readiness purposes and long-term signalling,” he said.

“But as of yet, there is not a primary concern about fundamentally new or different Chinese capabilities or actions or claims in the Indian Ocean.”

Local news direct to your inbox

ABC Kimberley will deliver a wrap of the week’s news, stories and photos every Tuesday. Sign up to stay connected. 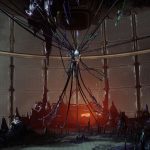 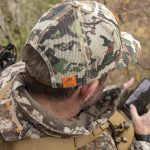 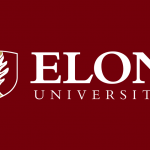 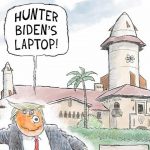 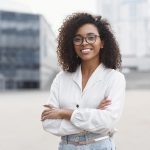