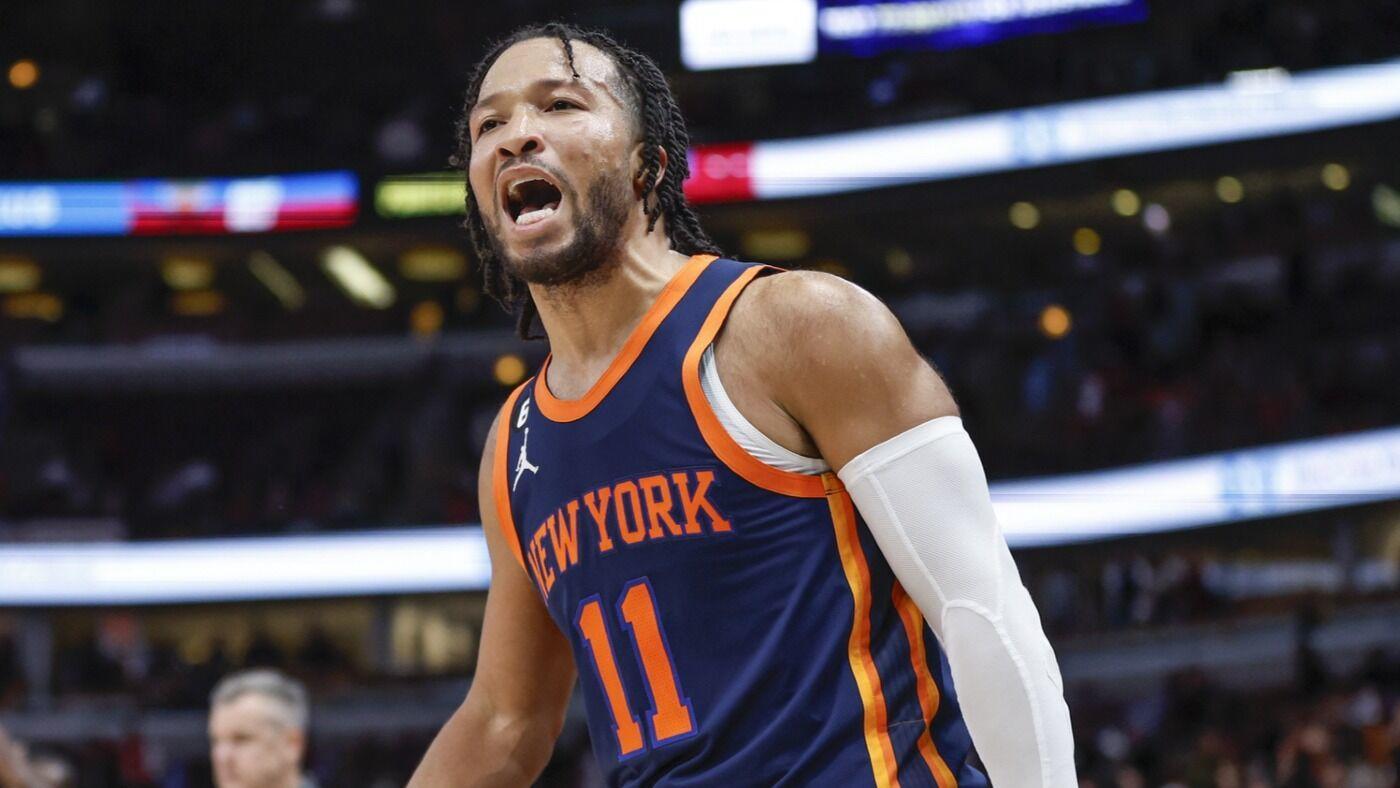 With just over 30 seconds to play in overtime on Wednesday night, Jalen Brunson held the ball up top and let some extra time melt away. Then, as the shot clock neared expiration, he went to work. Driving to his left, Brunson put on the brakes and sent Alex Caruso to the deck with a vicious pull-back dribble, and he drained a 3-pointer to put the finishing touches on the New York Knicks‘ 128-120 win over the Chicago Bulls.

Brunson’s dagger gave him 30 points to go with seven assists, but that wasn’t even the best performance of the evening for the Knicks, who also got 31 points, 13 rebounds and seven assists from Julius Randle. This was the first time this season that the Knicks have had multiple players score 30-plus points in the same game.

Up by as much as 14 late in the first half, the Knicks saw their advantage get slowly chipped away after the break. Even so, they still led by four with less than a minute to play and should not have needed to go to overtime. DeMar DeRozan would not stop fighting, though, and dragged his team to the extra frame with some clutch plays, including a game-tying layup with 24.7 seconds to play.

That turned out to be the end of the road for the Bulls. The extra frame was all Knicks, as they held the Bulls to just three points, including a scoreless stretch of over three minutes. That was fitting, as the Knicks’ defense has been back on track in recent weeks.

The win over the Bulls extended the Knicks’ winning streak to five games, which is their longest since the 2020-21 season, and sent them up into sixth place in the Eastern Conference at 15-13. A few weeks ago, this team was facing an identity crisis and there were rumblings about head coach Tom Thibodeau being fired.

Since then, Thibodeau has gotten the defense back on track. During this winning streak they are allowing just 98.8 points per 100 possessions, which is the best defensive rating in the league during that stretch. And while the schedule hasn’t been super difficult, they’ve won four of those games by double digits and have victories over the Cleveland Cavaliers and Sacramento Kings.

We’ll need to see them keep this up over a longer sample size before we can start fully trusting this defense and team again, but with a light schedule over the next 10 days, the Knicks could roll into their Christmas Day matchup with the Philadelphia 76ers in really nice shape.