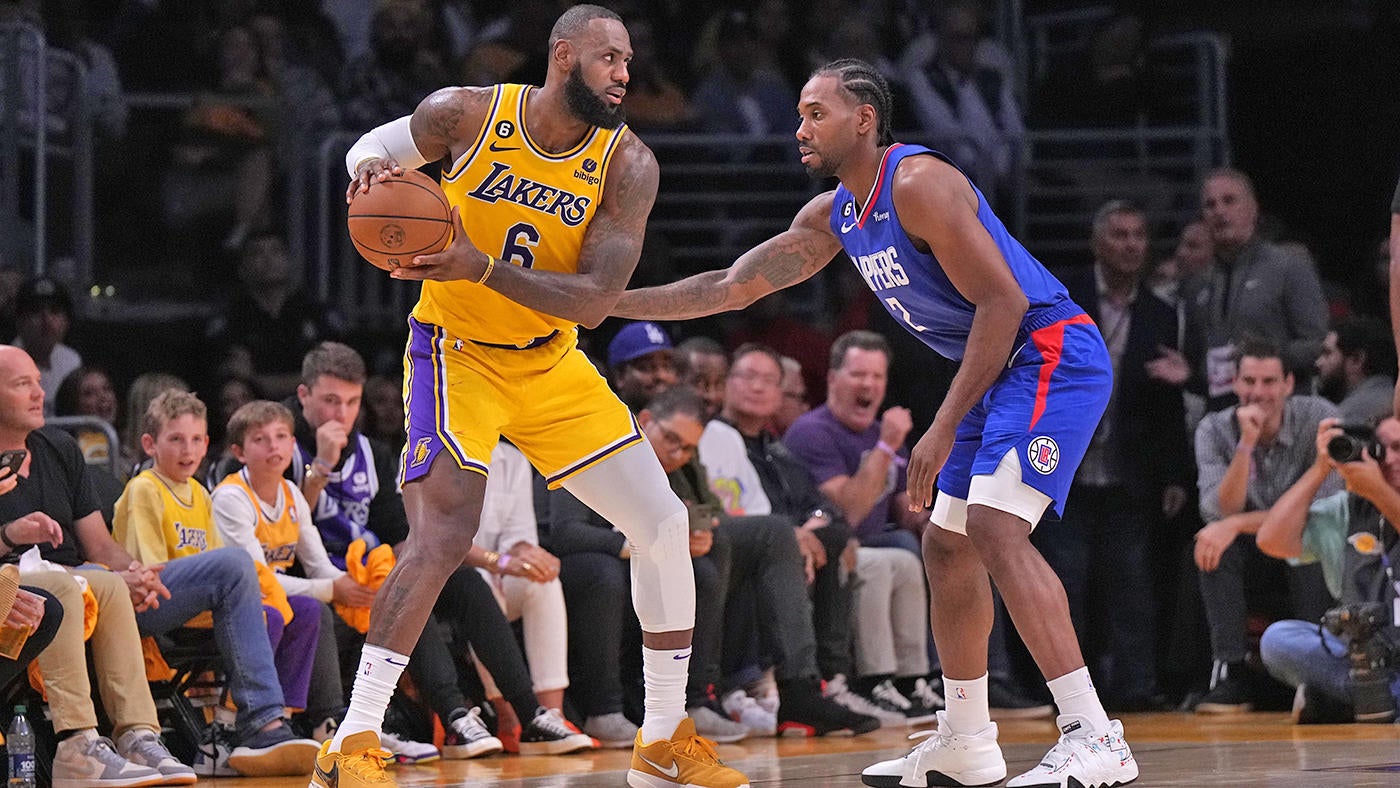 The Los Angeles Clippers finally got their 2022-23 season underway on Thursday night, and did so with a 103-97 win over the Los Angeles Lakers. This was the Clippers’ eighth consecutive regular season win over the Lakers, their longest such streak since 1970.

LeBron James was at it again for the Lakers, finishing with 20 points, 10 rebounds and six assists. He got some help this time, with Lonnie Walker IV leading all scorers with 26 points and Anthony Davis putting up 25 of his own. All of that was not enough for a win as the Lakers shot just 35.1 percent from the field as a team.

Here are some takeaways from the first all-L.A. matchup of the season:

Leonard returns as a reserve

While he may not have started, Leonard was out there to close the game in crunch time, which is really what mattered. In all, Leonard played 21 minutes and finished with 14 points and seven rebounds on 6 of 12 from the field. It was a somewhat uneven return, and that’s not surprising given how much time he missed, but overall it was a solid and encouraging showing.

There were plenty of moments where he looked like old Kawhi, and we’ll only see more of them over the next weeks and months as he regains his rhythm.

Wall has a strong LA debut

John Wall has dealt with his fair share of injuries over the past five years, but he was a healthy scratch all of last season due to a dispute with the Houston Rockets over his role and potential buyout. This summer he finally got his wish to leave Houston and wasted little time signing with the Clippers.

He made his debut on Thursday and played a strong game off the bench. In 24 minutes he put up 15 points, four rebounds and three assists. The numbers are one thing, but the more encouraging sign for Wall and the Clippers is that he looked a lot like his old self in terms of burst and athleticism. He’ll never reach his peak levels of speed again, but he can still get past defenders and be a menace in transition.

All told, the early returns suggest this move will be a win for both parties. Wall gets to compete for a title, something still missing from his resume, while the Clippers add another veteran and a true point guard who can run the offense and take some pressure off of Kawhi Leonard and Paul George.

Davis takes a hard fall but stays in the game

Early in the third quarter, Anthony Davis rotated over in help defense and bit on a pump fake by Kawhi Leonard. As Leonard tried to then power up to the basket, he knocked Davis off balance in mid-air, and the Lakers forward took a nasty fall. Davis landed on his hip and lower back and took his time getting back to his feet.

After initially trying to stay in the game, Davis could barely get up and down the floor and had to be taken out. He put a big wrap on his lower back and made his way to the tunnel to try and stay loose. Those measures worked as he later returned to the game and was able to play the rest of the way.

Davis was limited to 76 games in his first two seasons with the Lakers and missed time in the preseason, so this was not what anyone wanted to see in the first week. The good news is that Davis appears to have escaped serious injury, but we’ll see how his back responds in the coming days. Davis told reporters after the game that he’s “pretty sure I’ll be alright.”

Westbrook has a forgettable night

Russell Westbrook’s time with the Lakers reached a new low on Thursday, at least from a shooting perspective. He finished with just two points and did not make a single field goal. He was 0 of 11 from the field overall and 0 of 6 from 3-point land. This was his first game without a make since 2016, when he was still with the Oklahoma City Thunder.

To his credit, Westbrook did contribute three rebounds, four assists and five steals, and he came up with a number of clutch defensive plays down the stretch to help the Lakers stay in the game. Still, he simply has to make some shots, and a night like this will only add to the criticism he’s faced during his time in L.A.

When the Lakers won the title in 2020, they did so by surrounding LeBron James and Anthony Davis with versatile athletes who could defend and make shots from the perimeter. In the years since then, that type of player has all but disappeared from the Lakers’ roster.

The result is games like Thursday where the Lakers shot an abysmal 9 of 45 from 3-point land. Per Stathead, this was just the 11th time in NBA history that a team took at least 45 3-pointers and failed to reach double digits in makes. Unsurprisingly, every other occasion has also resulted in a loss.

While bad shooting nights happen, the troubling sign for the Lakers is that it doesn’t seem like this will be a rare occurrence. They went 10 of 40 on opening night against the Golden State Warriors and don’t have a single player on the roster who shot 40 percent from downtown last season.

With no reliable third scorer and no reliable outside threats, LeBron and Davis are going to face enormous pressure to carry this offense every single game.