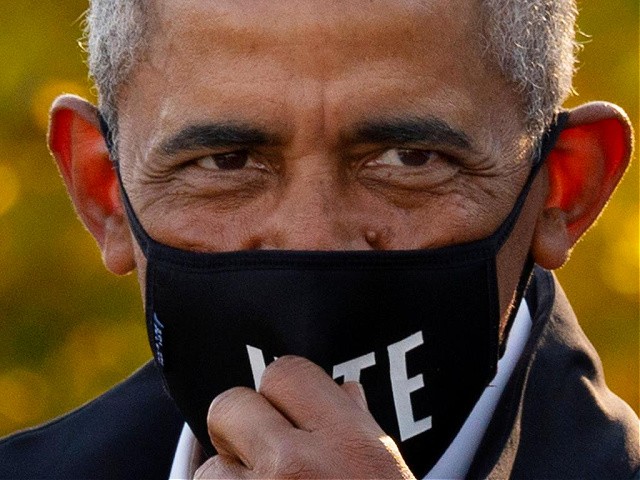 Biden said in a statement:

Dr. Kath Hicks and Dr. Colin Kahl have the broad experience and crisis-tested judgment necessary to help tackle the litany of challenges we face today, and all those we may confront tomorrow. They will be trusted partners to me, the vice president-elect, and Secretary-designate [Lloyd] Austin — as well as our dedicated civilian and military team — as we work to restore responsible American leadership on the world stage.

Kahl is currently a co-director of the Center for International Security and Cooperation, a Steven C. Házy Senior Fellow at the Freeman Spogli Institute for International Studies, and a professor of political science at Stanford University. He previously served as deputy assistant to Obama and national security adviser to Biden from 2014-2017. He also served as the deputy assistant secretary of defense for the Middle East from 2009-2011.

Biden also announced his nomination of Kelly Magsamen, another former Obama administration official, as incoming chief of staff at the Department of Defense.

The transition team sent out a list of tweets from other former Obama appointees and foreign policy establishment figures praising Biden’s picks, including:

John McLaughlin, Former Deputy Director of the CIA: Three terrific picks for the Pentagon. Worked with two, Hicks and Magsamen, know the third by reputation. All dedicated, smart, and govt savvy. Good compliment to SecDef nominee Austin and great teammates for Tony Blinken at State and Jake Sullivan at WH. [Tweet, 12/30/20]

Ben Rhodes, Former Deputy National Security Advisor: This is an incredibly smart and experienced core team to redirect policy and clean up whatever messes are being made at the Pentagon. Congratulations to ⁦@ColinKahl⁩ ⁦@kath_hicks⁩ and ⁦@kellymagsamen⁩ [Tweet, 12/30/20]

John J. Hamre, President of CSIS: I couldn’t be more proud to have Dr. Kathleen Hicks be nominated to become Deputy Secretary of Defense. I held that job and know what it takes to succeed. Dr. Hicks is a superb choice for this important job. She has the discipline, intellect, and organizational skill to make the Department work effectively for the Secretary. I have worked with Dr. Hicks now for seven years directly, and for an additional seven years indirectly. She has a strong moral compass and a keen commitment to the success of the Department and the well-being of its military and civilian personnel. I am very pleased that President-elect Biden has selected her. [Statement, 12/30/20]

Tamara Cofman Wittes, Senior Fellow, Brookings Institution: I could not be more thrilled at this news! @kath_hicks is wise, principled, dedicated to public service & our nation’s security, a true expert on national defense, a skilled manager & builder of diverse talent, and a damn fine human being. And I am even more delighted that she and Secretary-designate Lloyd Austin will have @ColinKahl and @kellymagsamen helping them lead the Department of Defense! Stellar, stellar people. We are so fortunate. [Tweet, Tweet, 12/30/20]

Joe Cirincione, Former President of the Ploughshares Fund: Excellent picks for two tough jobs. ⁦@ColinKahl⁩ is one of the smartest, most principled people you’ll ever meet. Hicks will break new ground in this top spot. ⁦@kellymagsamen⁩ is slated for a key position as well. Great choices. [Tweet, 12/30/20]

Meanwhile, conservative media journalists, such as Chuck Ross, pointed out that the top Pentagon policy pick, Kahl, had pushed the Russia collusion hoax, tweeting in 2017 that “Steele’s Trump-Russia Dossier holds up pretty well.”

Milwaukee man to give away two tickets to NFC Championship

Record 51 Women Serve In Minnesota House, But Room For Improvement For…

Chiefs’ Mathieu making most of opportunity in…

‘The Simpsons’ seemed to get it right again…

Catarina Macario fulfills a dream, scoring a goal in…

The Learning Must Go On – DISD Takes STEM Expo Virtual For…

Milwaukee man to give away two tickets to NFC Championship