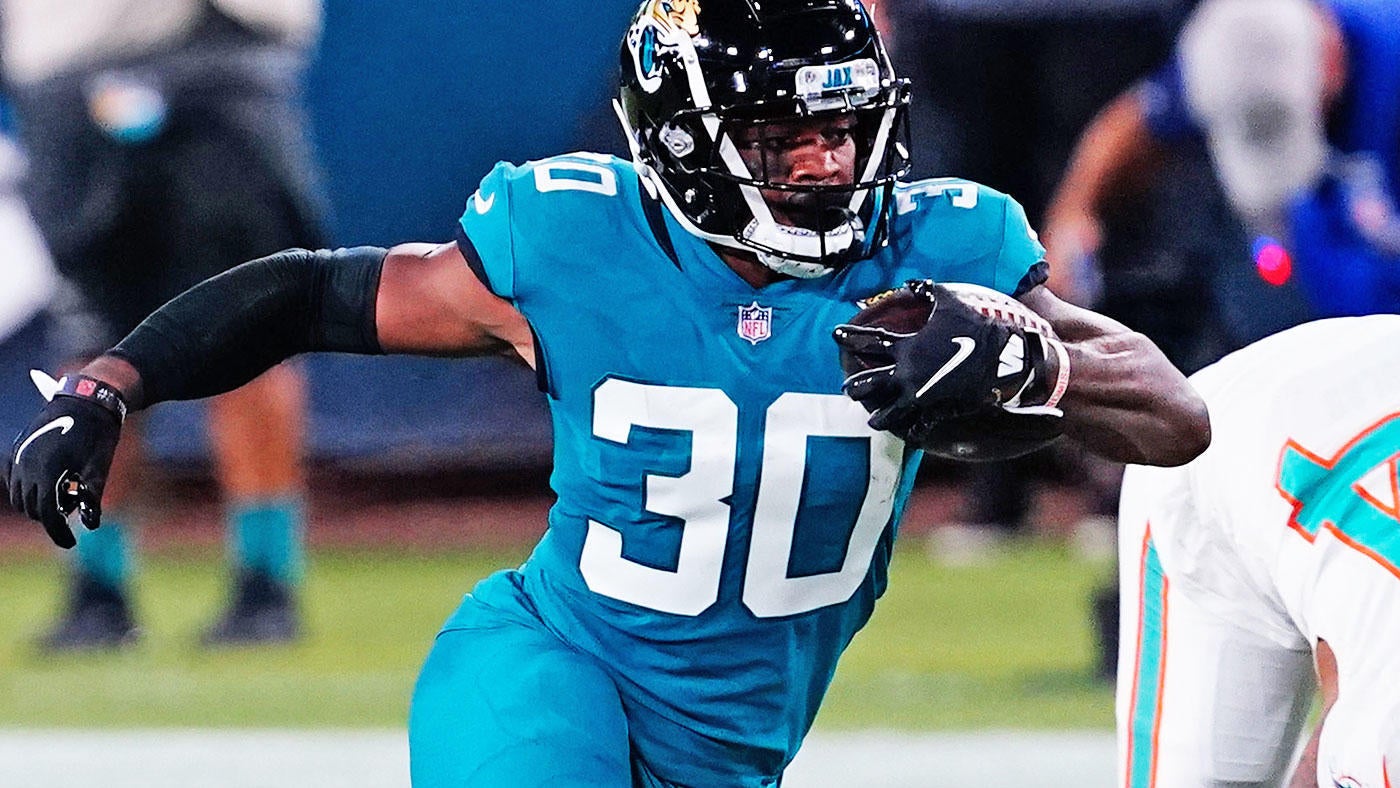 Breece Hall is out for the season after suffering a torn ACL in the Jets‘ Week 7 win over the Broncos. One day later, New York has found a notable replacement for its star running back, acquiring James Robinson from the Jaguars in exchange for a future sixth-round draft pick, according to NFL Media and confirmed by CBS Sports NFL insider Josina Anderson. Robinson made a speedy return from his own serious injury to open 2022 in Jacksonville’s backfield, but Travis Etienne Jr. has emerged as the Jaguars’ lead ball-carrier in recent weeks.

The sixth-round pick acquired by the Jaguars can become a fifth-rounder depending on Robinson’s performance as New York’s presumptive RB1. Michael Carter was previously slated to take over as the Jets’ top back after Hall was carted off Sunday’s win and quickly ruled out. Now, Gang Green will have the 24-year-old Robinson not only for the remainder of 2022 but possibly beyond. As CBS Sports contributor Joel Corry notes, the Jets can eventually extend the veteran on a restricted free agent tender through 2023.

Robinson is two years removed from a 1,000-yard rushing campaign as a rookie. The former undrafted standout was off to a similarly productive start in 2021 before suffering a torn Achilles in Week 16. This year, splitting touches with Etienne, he wasn’t nearly as efficient, averaging less than four yards per carry in three different games, before taking zero carries in Week 6. Etienne, meanwhile, a 2021 first-round pick by Jacksonville, has emerged as one of the club’s top offensive play-makers as of late.

In New York, Hall quickly made a name for himself as one of this year’s top rookies, powering the Jets’ ground game with 463 rushing yards in seven games. Considering he faces a potentially long road to recovery following his ACL tear, it’s possible Robinson could also serve as the team’s starting ball-carrier, or at least split carries, to open 2023 as well.

From CBS Sports Fantasy analyst Dave Richard: When you think about the past year-plus for Carter — his inability to cement a large role in the Jets offense as a rookie, watching his team draft a stud rookie in April and then trade for a good veteran power back to replace the stud rookie — it’s tough to see him evolving into a serious Fantasy asset. That would change if he could start commanding targets on a week-to-week basis, but the Jets offense doesn’t call for a lot of throws to the running back, and quarterback Zach Wilson has a tendency to look downfield, not throw short.

Carter has also gotten off to a pretty blah start. His rushing average sits at 3.5, his rush attempts per game is at a smallish 9.4 and his receiving numbers have all but dried up since Wilson has taken over at quarterback. His only highlight was scoring twice in a blowout win versus Miami in Week 5.

Carter is obviously worth rostering but isn’t likely to be any better than a No. 3 running back for however long Robinson makes an impact. He should still be on the hook for at least 10 touches per week and roughly 40% of the snaps with the Jets, but it’s unlikely he’ll be used regularly in high-value situations like near the goal line.

For more on the trade and how it affects both the Jets and Jaguars click here.