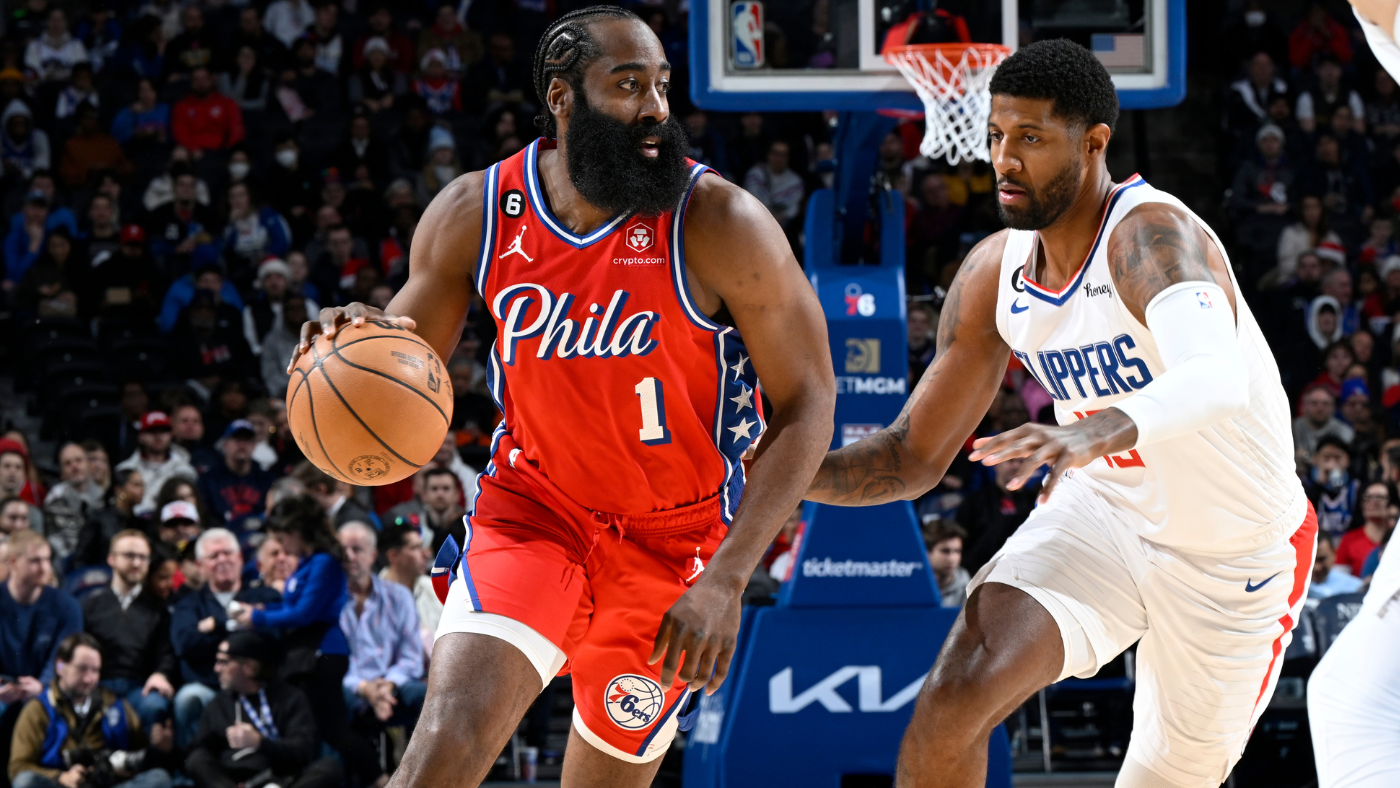 James Harden is one of the most prolific passers of his generation, but the star guard never recorded more assists in a single game than he did against the Los Angeles Clippers on Friday night. In 40 minutes of action, Harden tallied a career high 21 assists to go along with 20 points and 11 rebounds. The triple-double was the 70th of Harden’s decorated career, and he tied the 76ers franchise record for assists in a game in the process. He now shares that mark with Wilt Chamberlain and Mo Cheeks.

Harden was dropping pinpoint passes all night, and his ability to consistently generate open opportunities for his teammates was a main part of the reason that the Sixers were able to storm back after being down 20 to the Clippers in the first half to pull out a 119-114 victory — Philadelphia’s seventh straight win ahead of a Christmas Day matchup with the Knicks.

Harden’s passing production against the Clippers was consistent and well spread out. He dropped six dimes in the first quarter, four in the second, six again in the third and five in the fourth. He was also able to accumulate his assists in a variety of ways. Joel Embiid was on the receiving end of precise passes from Harden time and again in route to a 44-point performance. Harden consistently generated open looks for Embiid in pick-and-roll and pick-and-pop action, and he also made an effort to push the ball ahead to the big man before Los Angeles’ defense was set.

In addition to setting the table for Embiid all night, Harden also kept the Sixers shooters involved by drawing the defense and then spraying the ball out to the perimeter to guys like Georges Niang and De’Anthony Melton for open looks. The fact that Harden was able to generate 21 assists while only turning the ball over three times makes him performance additionally impressive.

“That’s some great company. Mo Cheeks was one of my coaches (in Oklahoma City), and then Wilt, I feel like he has every record,” Harden said of tying the Sixers single game assist record. “So just being in the conversation with some of the best basketball players to ever touch a basketball is always a blessing.”

While the win was a team effort, it also worked to highlight the adjustment that Harden has made this season in order to maximize the talent on the team. The three-time scoring champ still looks for his own offense, but his priority is getting everyone else — especially Embiid — involved as the team’s de facto point guard.

“This is a generational scorer that has taken and decided to be a point guard, who still scores, but to be a point guard for this team,” Sixers coach Doc Rivers said of Harden. “That’s hard to do. A lot of people, most people, can’t do that, or will not do it is a better way of saying it. The fact that he is willingly doing it, running the team, organizing us, is huge for us.”

Harden now leads the league in assists on the season with 10.9 per performance, and he seems to be healthy and settling into a real comfort zone in Philadelphia’s offense. Some more big-time passing performances are likely on the horizon for The Beard this season.