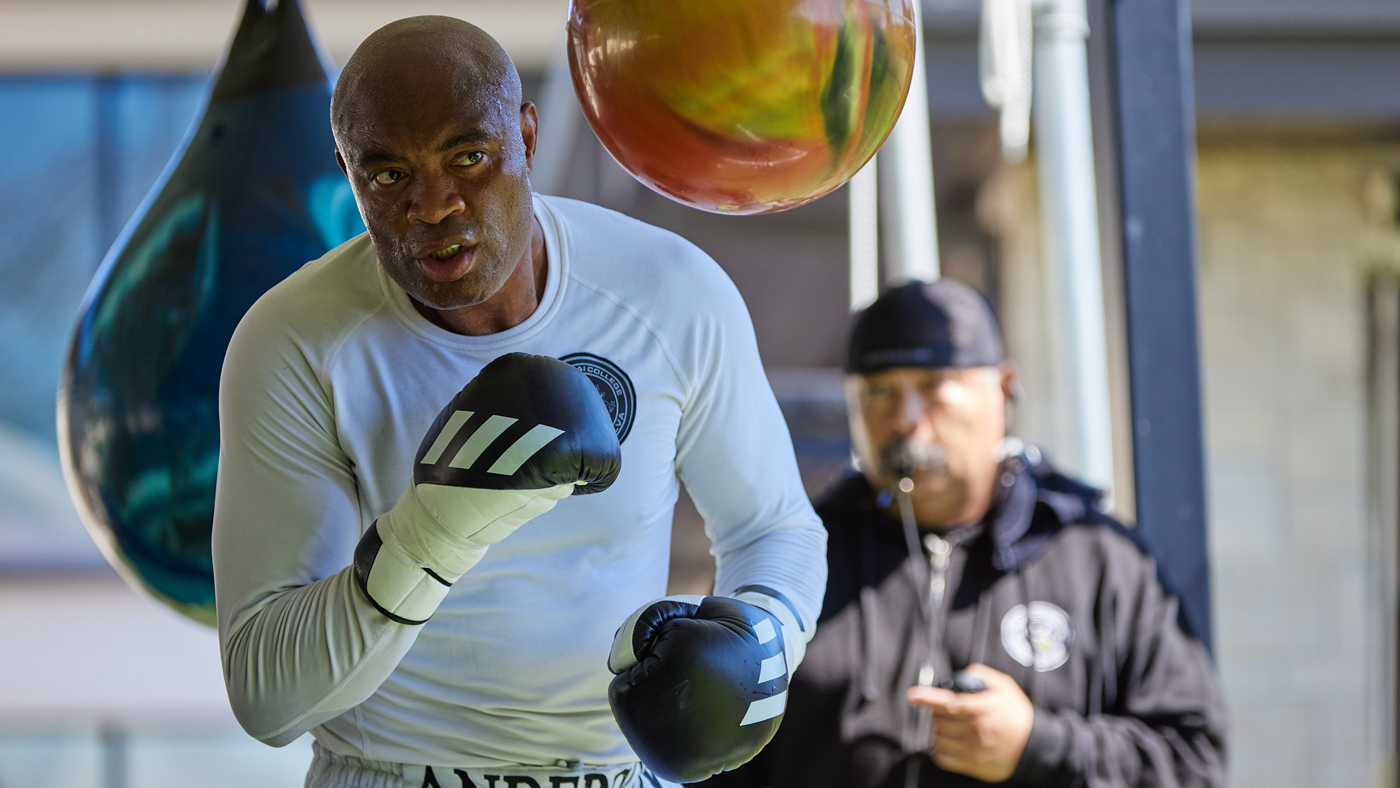 Jake Paul vs. Anderson Silva is the biggest test to date in Paul’s budding celebrity-meets-professional boxing career. The betting odds are flip-flopping between Paul and Silva, but some wires might be crossed. The two are set to throw down on Saturday night in Glendale, Arizona on Showtime PPV.

Paul has done a masterful job of building up his opponents before knocking them down. He marketed Ben Askren to the general public as a world champion who had fewer losses than Conor McGregor — completely overriding the fact that Askren never won a UFC championship and was among the worst pure strikers in any major organization. He promoted former UFC welterweight champion Tyron Woodley as a power-punching juggernaut, ignoring the limitations of his one-shot explosiveness and deflated performances in four straight losses leading to his UFC exit.

There appears to be a divide between boxing and MMA insiders. The first camp generally puts Silva in a box with Askren and Woodley as mixed martial artists who don’t understand the intricacies of boxing. The second camp recognizes Silva as one of MMA’s best strikers and an apprentice in the boxing trade.

Need convincing that Silva will have his hand raised against Paul? Here are five reasons to side with Silva on Saturday.

1. Silva is a student of the sweet science

There appears to be a misconception among members of the boxing community that Silva is just another MMA fighter masquerading as a boxer. This could not be further from the truth. No reasonable person is suggesting that Silva is a championship-caliber boxer, but the sweet science is woven into the DNA of his MMA. Silva based his fighting style on legendary boxers Muhammad Ali and Roy Jones Jr. He took brief breaks from MMA in 1998 and 2005 to compete in pro boxing. Following his UFC departure in 2020, Silva returned to the boxing ring for the first time in 16 years and defeated former WBC middleweight champion Julio Cesar Chavez Jr. Silva (3-1 in boxing) stumped Chavez Jr. (53-6-1, 1 NC) with movement and made him hesitate with powerful counter punches. The fight was more decisive than the split decision outcome suggests.

Silva ranks among the best strikers in MMA history. His head movement is legendary, regularly dropping his hands and employing techniques ripped straight from “The Matrix.” Paul is very much a novice boxer and relies heavily on his jab as a set-up for crosses and hooks. Paul certainly has power, but such basic strategies will be exploited by Silva’s superior head movement, footwork, angles and feints.

2. Paul is sizing up his opponent

Paul’s power should not be dismissed. That being said, a contributing factor to his knockout prowess has been the size advantage he wields over opponents. Paul generally weighs around 190 pounds for his cruiserweight fights. Askren and Woodley weighed similarly for their boxing matches, but the difference in size was painfully visible. After all, Askren and Woodley both competed at 170 pounds in MMA. Silva was the long-reigning UFC champion at 185 pounds who made successful appearances in the 205-pound division. Silva has a small edge in height, reach and weight that should make a big difference on fight night.

Paul’s sixth-round knockout against Woodley in their rematch salvaged an absolute snoozefest of a fight. It was the kind of result that Paul needed after a combined 14 rounds of abysmal boxing. It is certainly worth noting that Paul’s power carries late, but both he and Woodley were terribly fatigued. Silva has a wealth of experience going 25 minutes inside the Octagon. While age will play some sort of factor for the 47-year-old, Silva’s endurance held up across 24 minutes of boxing with Chavez Jr. in 2021. Silva has a naturally larger frame and is an expert at finding angles. There isn’t an overabundance of muscles heaving oxygen or an over reliance on loading up to deliver blows. If Paul is reserved, Silva should pick him apart. If Paul blitzes, Silva could dust off his exhausted foe.

4. Silva has good and bad intentions

Askren was dismissive of Paul from the moment their fight was booked. Woodley sought the payday that eluded him in the UFC and took things personally after losing a split decision in their first fight. Silva is doing this for the love of the game. His legacy is bulletproof and he competes because he loves it and because he’s still pretty darn effective. Do not expect Silva to take Paul lightly.

“I don’t need the money anymore,” Silva told Bad Left Hook. “People think the money is important, but it’s not. Of course, I’m going to make money from this fight because It’s my job. Don’t do something just for the money. Work because you have a passion. That’s what I’ve done and why I’ve been successful all my life.

“There’s a lot of people who are saying Jake is no good, he’s not as good a striker. But to me, the fight is a fight and I’m training hard to win this fight. I’m not looking at this as an easy fight for me. Every single fight is dangerous once you step through the ropes.”

5. Paul has a “Spider” problem

Silva was not Paul’s first choice at this stage of his development. A fight against Silva was likely on the agenda but, for the reasons mentioned above, Paul and his camp likely did not intend to cross this bridge so soon. Failed attempts to book fights against Tommy Fury and Hasim Rahman Jr. killed the momentum Paul had built after knocking out Woodley in their rematch. Paul has an endless supply of confidence to tap into, but one can’t help but wonder if “The Spider” is crawling somewhere in the deep, dark reaches of Paul’s psyche.