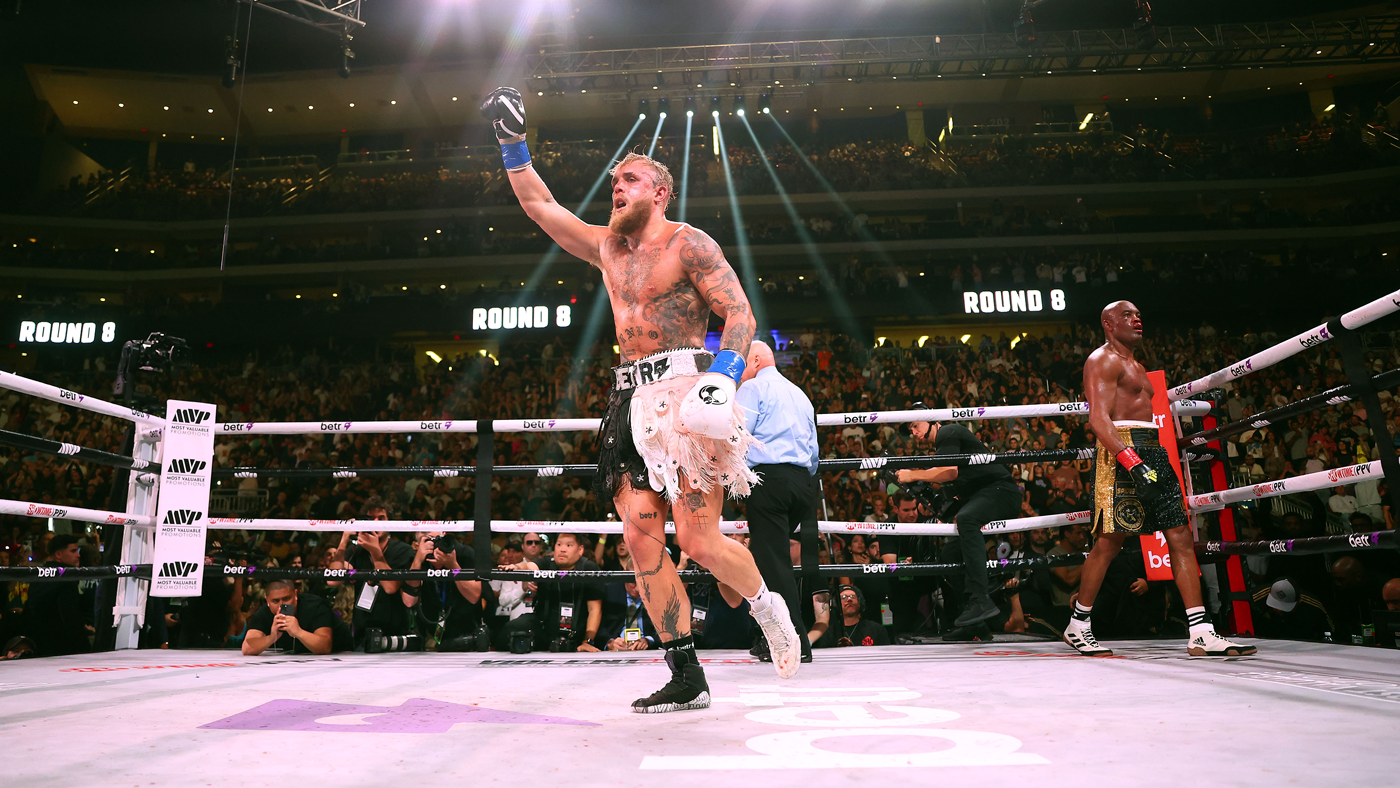 Jake Paul is the most unique professional boxer in the world. A superstar before he ever set foot in a boxing ring, Paul has taken his boxing career seriously and consistently improved while trying to balance an almost impossible task of fighting headline-worthy fights and still trying to appease those who demand he fight a level of opposition higher than what would be expected of any other young fighter.

On Saturday night, Paul faced the stiffest test of his young career when he took on UFC legend Anderson Silva in a Showtime pay-per-view headliner. Unlike Paul’s previous opponents, Silva was a prolific striker and had fought in the boxing ring previously, including a win over former middleweight world champion Julio Cesar Chavez Jr.

Before Silva, Paul had attempted to address the demands from critics that he face a “real boxer” on three occasions. He twice had planned bouts with Tommy Fury, with Fury pulling out once due to injury and once when he was unable to travel to the United States because of his family’s association with alleged crime boss Daniel Kinahan. Fury then tried to make a fight with Hasim Rahman Jr., son of former heavyweight champion Hasim Rahman Sr., only for Rahman to pull out after saying he would be unable to make the contracted weight.

In Silva, Paul had found the opponent he needed, someone with name value but who could also push him in ways he had not yet been pushed inside the squared circle.

What resulted from that test was Paul’s best performance yet. No, there was no highlight-reel knockout like the one that sent former NBA player Nate Robinson into hiding or that left Tyron Woodley lying face down in the center of the ring. But Silva’s unique style, size and pace forced Paul to constantly make adjustments and survive some dangerous situations.

In his first fight with Woodley, Paul visibly gassed out down the stretch. He made adjustments to his trainers and camp to attempt to address that issue and those choices paid off as Paul was able to go eight hard rounds with Silva, even scoring a pivotal knockdown in the final round.

As pointed out by “Morning Kombat” host Luke Thomas in his scouting report of Paul, in several of his earlier fights, Paul had a tendency to look away from his target, often looking at the floor when he threw punches. That issue was cleaned up some in the second Woodley fight and continued to improve against Silva, even late in the fight.

When Paul dropped Silva in the eighth round, you could see him stay locked on target, even as Silva threw the right hand that Paul countered with a right hand to the jaw.

Paul’s footwork was also more consistent throughout the Silva fight than in previous outings. He was less prone to crossing his feet or compromising his base while throwing punches. By keeping his feet in the right position, he was able to absorb punches better and not be knocked off balance when Silva connected.

Paul is still a developing product with issues that still need ironing out. Any future Paul opponent will see the success Silva had with the uppercut on the inside and immediately place that strike in their toolbox until Paul finds a way to address the shot.

Paul also looked uncomfortable at times when Silva was able to establish pressure and found himself backing into the corner too often for a fighter who does his best work on the front foot.

One thing those who want Paul’s boxing career to fail willingly overlook is that almost no prospect of any value, outside of elite amateurs who transitioned to the professional ranks later in their lives like Vasiliy Lomachenko would fight anyone of Silva’s quality in their sixth pro fight. Silva knows how to box, recently beat a faded former world champion and had experience performing under the brightest of lights.

The WBC previously drew criticism after they suggested Paul was on the verge of breaking into their rankings at cruiserweight. Those rankings are 40 deep. For perspective, here are the combined opponent records of those at the bottom of those rankings.

None of those men fought anyone with anything approaching a winning record in their first six fights, with sixth opponent records ranging from men making their pro debut to men with a 5-39-2 record.

It would be dishonest to suggest that Paul world avoid criticism if he took the same standard path as a “normal boxer” and faced 8-33-4 Mikel Williams, who entered his fight with Nicholson on a 15-fight losing skid with 12 of those losses by stoppage. It would also be unrealistic to suggest that such a fight would make anyone involved any meaningful money.

Instead, Paul will have to continue showing the fight-over-fight improvements he has displayed thus far in his career as he attempts to continue landing opponents that can capture the public’s imagination.

That likely means another UFC veteran in Nate Diaz next. And, again, the doubters will claim this is the fight where Paul gets exposed before, again, having to fight against the reality of a developing, relatively talented fighter should Paul have his hand raised yet again.