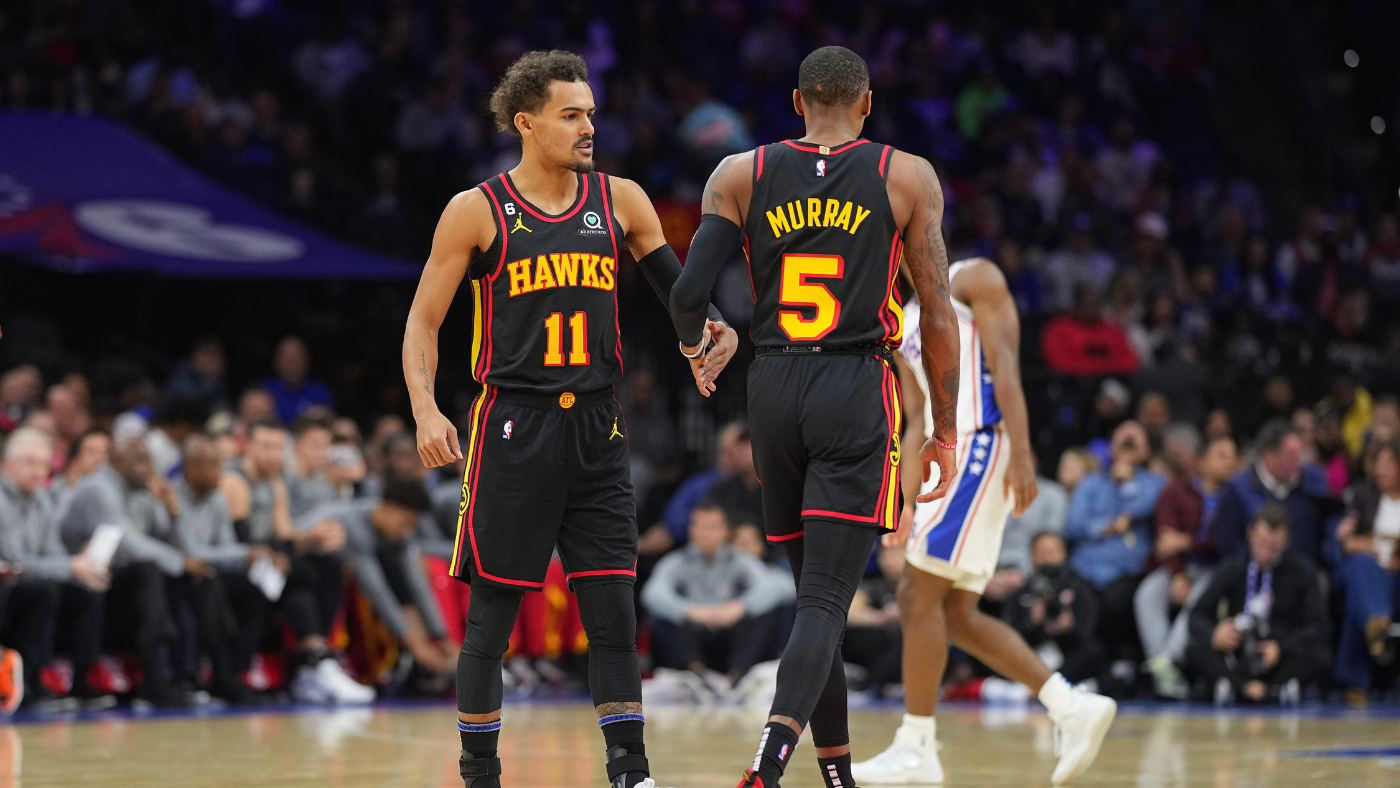 The Atlanta Hawks have a little something going with four straight wins, and the common denominator is the high-level shooting from Trae Young and Dejounte Murray. Both are making 42 percent of their 3-pointers in January. Murray, who was spectacular against the Mavericks on Wednesday with 30 points, is 13 for his last 23 from deep.

That Dallas game was a real blueprint performance from Young and Murray. Young is the guy, but Murray was in control all game and Young let it stay that way down the stretch. As long as Atlanta is going to play my-turn/your-turn offense with Murray and Young, the key is knowing whose turn it should be, and when.

It can be matchup dependent. It can be who has the hot hand. Young, who played a terrifically patient and effective game against Dallas with 18 points and 12 assists on just one 3-point attempt, understanding that Murray was in rhythm and being willing to go wide to space the floor and let his backcourt mate dictate the terms of crucial possessions was good stuff. Murray is so tough to defend when he’s getting to midrange pull-up spots.

Still, Young is going to have the ball more often, with Murray being the secondary creator when they’re on the floor together. Over time, for this duo to really flourish, Young is going to have to commit to threatening off-ball movement, which, if we’re being honest, might require a coaching change. Nate McMillan’s offense is individualistic and consequently predictable, and it allows Young to be content with what’s comfortable, which is controlling the ball in pick-and-roll with everyone else watching.

As long as that’s the way, Murray needs to be a catch-and-shoot threat, and frankly, that won’t change even if the offense eventually does. Young is such a dynamic playmaker that he’s going to have the ball and be tasked with creating shots for others, and Murray knocking those shots down as a consistent clip will go a long way in determining the playoff viability of this duo.

So far this season, catch-and-shoot jumpers are accounting for 30 percent of Murray’s shot diet, per Synergy. That’s up from 24 percent last season with the Spurs, and if the offense ever becomes more movement based, that frequency would likely lift even more.

On these catch-and-shoots, Murray is making a very acceptable 36 percent of his 3-point attempts. Watch that number. If he can get it closer to 38 or even 40 percent, Atlanta will be in the business of sending those blitzing double teams that Young is sure to face in the playoffs to a fiery death.

Even better, Murray is making 46 percent of his corner 3s. It’s not a spot he typically occupies as he’s usually waiting to get into his own creative mode from up high if Young passes the baton, and as such, those corner 3s only account for seven percent of his total attempts, per Cleaning the Glass. Let’s get that number at least over 10 percent. Young breaching the paint is a built-in corner-three creator, as are the 4-on-3 advantages that come courtesy of Young’s hockey assists out of blitzes.

This Hawks team has lost a lot of roster-building momentum. Travis Schlenk had a pretty clear vision, but he’s no longer in charge. John Collins probably isn’t locked for Atlanta. Kevin Huerter is gone. Is De’Andre Hunter ever going to fully evolve into what Schlenk envisioned? Nothing about the Hawks seems solidified long-term now, except, perhaps, the Murray-Young backcourt.

How long-term will this partnership be? My guess is it’s here to stay for a while; Atlanta is likely to sign Murray, who can become a free agent next summer, to an extension. Murray and Young could stand to play a bit differently in terms of being a unit, but they’ve both been great individually. The key to them combining their powers at the highest level will be Young moving off ball and Murray continuing to up his threat level as a catch shooter.

Solving the mystery of the Chinese spy balloon