The Deep Stone Crypt raid in Destiny 2 may have been released with the Beyond Light expansion, but in season 19, Bungie is breathing new life into it. Craftable weapons, a new Origin trait, and new perks mean many fireteams will be returning to Europa to take down Taniks once again.

But before you can battle the Abomination, Atraks-1 stands in your way in an encounter notorious for its difficulty on day one. It’s a far easier boss fight to tackle now, but the Copies Of Copies challenge tied to it can add a new layer of complexity.

Successful completion of Copies Of Copies not only grants a Triumph needed for the Descendant title, but also drops a second chest upon encounter completion, making it a great tool to utilize for more efficient loot farming. If you want to craft the Deep Stone Crypt’s Legendary weapons fast, the challenges can be invaluable to do each week.

How to complete the Copies Of Copies challenge in Destiny 2

The requirements for the Copies Of Copies challenge in the Atraks encounter are deceptively simple: you must complete the encounter without cleansing a single Replication debuff generated by an Atraks clone. It’s easy to understand, but execution of it is where this challenge is one of the most difficult in the Deep Stone Crypt raid.

Each damage phase on Atraks-1 involves killing four of her clones, subsequently generating four debuffs. Normally, the player with the Operator buff would then be tasked with shooting the debuff off of players while they stand in one of the airlocks, removing it from the field before its timer expires and wipes the raid team. When taking on Copies of Copies though, the Operator’s role now becomes repeatedly shooting the debuff off of players to reset the timer, but then those players picking the debuff back up again.

The player with the Operator buff in this encounter needs to be confident in their ability to perform this consistently repeating sequence. The timer each debuff has before it spawns a new Atraks clone and fails the encounter is only about 45 seconds, meaning the players currently holding Replication debuffs need to stay with the Operator on the upper level.

As even one damage phase saddles you with four debuffs to juggle—and a second damage phase would bring that total to eight—completing this challenge almost demands killing Atraks-1 in a single cycle. You want as few debuffs to be active as possible, as each new one added is another timer that the Operator player is going to have to keep track of. Make sure to bring Supers such as Ward of Dawn, Well of Radiance or a Cuirass Of The Falling Star-enhanced Thundercrash to maximize your damage on each clone.

The need to juggle all of the debuffs and still complete the encounter as usual can sound daunting, but there are a few ways to make Copies Of Copies easier. The major one is assigning Operator to a player that has a fast-firing primary weapon with Ricochet Rounds.

If the Operator picks up the Replication debuff themself, they can also shoot it off their own head by standing up against a wall and firing the ricocheting bullets into it until one hits the debuff. This can allow the other players to hand off every debuff to the Operator in a covered corner, leaving them to handle juggling each alone, while the remaining five members can focus solely on the encounter at large.

Even if you don’t have the luck of an Operator with Ricochet Rounds to equip, saddling one or two players with multiple debuffs to juggle is still a useful way to limit how many debuffed players the Operator has to keep track of. Assigning which players will be in charge of holding Replication ahead of time can be a useful way to save on later communication, with everyone on the raid team already aware of who to hand off the debuffs to.

Once you have successfully brought Atraks-1 to her final stand phase, juggling the debuffs becomes less of a focus. Reset the timers of all the currently active debuffs in the short grace period before the final stand begins, as the final stand should only take 20 to 30 seconds to complete. This allows the Operator to focus less on active Replications and more on helping the team take down the remainder of Atraks’ health bar.

Manage to kill Atraks-1 without sending a single Replication debuff out of the airlocks and the fireteam will be rewarded with a Copies Of Copies challenge completion as well as a second chest with a bonus bit of loot at the end of the encounter. 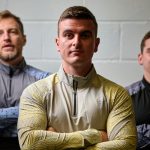