At the height of the American Civil War, President Abraham Lincoln ordered Secretary of War Edwin Stanton to support a congressman’s pet project. An irate Stanton told the congressman that the president was a “damned fool.”

The congressman, hoping to curry favor with the president and hurt Stanton, told Lincoln of the comment. In pure Lincolnian style, the president responded, “If Stanton said I was a damned fool, then I must be one, for he is nearly always right and generally says what he means. I will step over and see him.”

There is much to be admired in this anecdote. First, Stanton not only openly criticized the president but he was a former member of the opposite party, having previously served as attorney general under James Buchanan.

Lincoln, however, not only appreciated dissent but encouraged it. Such magnanimity is lost these days in much of American politics, but during this election season, we can follow Lincoln’s example and overcome quirks in our psychology that, if unchecked, turn us into bad citizens and leaders.

Social psychologists and behavioral economists study how humans view the world, and understanding these natural tendencies can help us overcome polarization. First is our affinity for tribe. Social groups are important for human beings because they can build trust and reduce barriers to peace and commerce. However, tribalism can be counterproductive when it causes us to think of those who look, think or worship differently as the “other.”

Adam Grant, an academic psychologist, interviewed Yankees fans about how they viewed Red Sox fans. One comment stood out: “What would it take for me to cheer for the Red Sox? If they were playing Al Qaeda…maybe.”

Rivalries in sports can be fun and entertaining, but in politics, they can be downright toxic. While tribes can give us social networks and built-in friend groups, tribes punish defection by exclusion or reduced social standing. Behavioral economists have found that in-group favor can be more important than total societal welfare. Put simply, many voters feel it is more important for their group to win than for the most qualified candidate to be elected. We put party over country.

Once our tribal identity is set, we develop a strong taste for information sources that “prove” that our beliefs are correct; this is known as confirmation bias. Over the past decade, the rise of algorithms in social media and news outlets has allowed us to personalize an unhealthy diet of media junk food. Instead of challenging our beliefs as new information comes out in a changing world, our brains weave a comforting cocoon to protect us from the pain of change.

When we discover that we’ve made an error, that our beliefs are incorrect, our brain signals physical pain. It sends out an electrical wave called error-related negativity. We find it best to avoid that discomfort at all costs and go deeper into the carnival fun house distortion of reality.

Finally, our brains experience something known as “negativity bias.” To survive in an ancient world, we needed to weigh the small chance of being eaten by a lion heavily against the probable event of finding food. This fight-or-flight mechanism ensured that the species would continue, but in the modern world, it can cause havoc.

For example, when I receive my course evaluations, I may have 20 students that say they enjoyed my course, but my mind will fixate on the one response that said I was the worst professor ever. Negativity bias causes us to embrace conspiracy theories and false campaigns because we respond to candidates who tell us that our communities are failing and the economy is tanking — even when that is far from the truth. We panic over a solitary case of something that displeases us and forget that those events are extremely rare.

Political parties, social media companies and cable news understand these mental quirks and invest in strategies to trigger those reactions in voters and viewers. Their objective is maintaining your attention and then getting the votes and ad revenue that flows from it.

Filling potholes, reading budgets and sitting on committees are not supposed to be entertaining. Thus this part of governance is ignored in favor of issues that divide our community into tribes, assuage our prior (and maybe falsely held) beliefs and pump us with rage.

We are all humans and suffer from the same flaws. I do. You do. Your neighbor does. The tricky part is that if you read this column and thought only of someone on the “other side”, then you have fallen for the trap. It is everywhere, and it is hurting our discourse. Calm and critical thinking should cause us to ponder why we see the political world as we do this electoral season.

Michael S. Kofoed, @mikekofoed on Twitter, is an associate professor of economics at the U.S. Military Academy and a research fellow at the Institute of Labor Economics. A Utah native, he holds degrees in economics from Weber State University and the University of Georgia. These opinions are those of the author and do not represent the U.S. Military Academy, the Department of the Army or the Department of Defense. 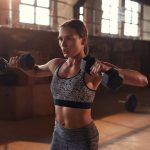 Tips for Building Muscle With Diet and Exercise