Hockey Canada has paid out nine settlements from its National Equity Fund, totalling $7.6 million since 1989, the organization’s chief financial officer said on Wednesday.

“Out of the National Equity Fund, nine settlement payments have been made totalling $7.6 million,” confirmed Brian Cairo, speaking at a heritage committee meeting on Wednesday.

He added that $6.8 million of that total was related to Graham James, a former Canadian junior ice hockey coach who plead guilty to two counts of sexual assault in 1997. Uninsured settled claims make up another $1.3 million of the payouts, $1 million of which resulted from four incidents from a single perpetrator.

Sport Canada was aware of Hockey Canada allegations in 2018, but didn’t tell minister

The organization also used the fund to pay for third-party investigator Henein Hutchison LLP to look into a 2018 group sexual assault allegation, according to Cairo. That payment totalled $287,000.

The fund is generated in part by children’s registration fees.

In addition to the National Equity Fund, in the late 1990s, Cairo said Hockey Canada added a sexual abuse component to their liability insurance. Since that time, the insurance has covered the cost of another 12 sexual misconduct settlements to the tune of $1.3 million.

That means, in total, Hockey Canada has settled 21 cases and paid out $8.9 million to complainants.

Hockey Canada was called before the committee after two high-profile allegations of group sexual assault emerged, leading to calls for a reckoning and resignations at Hockey Canada.

2:03
‘It got to the point where I became suicidal’: Ex-player reflects on hockey’s toxic culture

‘It got to the point where I became suicidal’: Ex-player reflects on hockey’s toxic culture

The scandal erupted in May when TSN first reported that members of the 2018 world junior team had been accused of a group sexual assault after a gala event in London, Ont., in 2018 — and that Hockey Canada had quietly settled a lawsuit with the complainant earlier this year.

Global News reached out to the agents for all players who were on the roster at the time of the alleged incident. Several players have since released public statements denying their involvement. Read the full list of responses from the team in this post on globalnews.ca.

Hockey Canada CEO Scott Smith told the committee on Wednesday that he takes “ownership for some things that (they) could have done better through the process.”

“I did not take ownership of a cover-up. So I want to I want to be clear on that,” he added.

Still, all complainants who received a settlement were likely asked or directed to sign a non-disclosure agreement, according to Glen McCurdie, former Hockey Canada vice-president of insurance and risk management, said.

“My recollection would be that that was the case, but I don’t have access to those files at this time,” he told the committee, when asked if NDAs were the norm in these settlements.

Should the complainants wish to come forward and tell their stories, Smith said Hockey Canada would be willing to eliminate the NDAs — provided there isn’t a “legal reason not to do that.”

Hockey Canada officials also repeatedly insisted that the settlement wasn’t just to help them — it was, in their opinion, to help the complainant, too.

“We made the decision to settle on behalf of Hockey Canada and the other named defendants,” Smith said.

“And we did so in the best interest of the young woman in protecting her privacy and also her benefit going forward.”

The backlash against Hockey Canada’s handling of the allegations has been swift. By late June, MPs had convened an initial parliamentary committee to grill Hockey Canada officials and sport minister Pascale St-Onge about the settlement of the 2018 allegation.

Not long after the committee convened on June 20, Hockey Canada lost corporate sponsorships and federal funding was frozen.

Then, on Friday, another allegation emerged. Hockey Canada and Halifax police both confirmed they are investigating an “alleged group sexual assault” that they say involved members of the 2002-03 world junior hockey championship team.

The government’s handling of the allegations has also come under fire after Sport Canada confirmed on Tuesday that it was aware of an alleged sexual assault tied to a Hockey Canada event in 2018 — but, according to a senior director of the organization, did not inform the sport minister’s office.

The government department also did not follow up with Hockey Canada over the next four years.

Meanwhile, the CHL has been under fire for their own, related scandal.

When asked about this issue on Wednesday, CHL President Dan MacKenzie told the committee that there’s “no doubt” that “in the past, especially in the 80s, in the 90s, there were issues in junior hockey with hazing.”

“Since I would say since the mid 2000s, the leagues hadn’t really focused on trying to stamp out that behavior, have put in a variety of new policies and programs to try to do that and including strong sanctions for that kind of behavior,” MacKenzie added.

Carcillo said in a statement released through Koskie Minsky LLP that “individuals” used the commitee as an “opportunity to litigate” the class action in public, “in circumstances where (he) lacked any opportunity to respond. ”

“Their testimony today denied the existence of systemic and ongoing problems in junior hockey. I disagree,” Carcillo said. 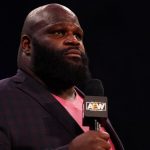 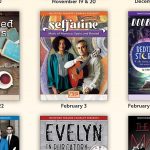 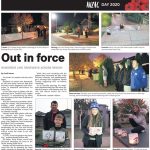 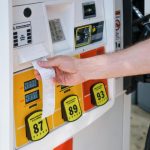