London — The first three episodes of a new Netflix documentary series by and about Prince Harry and Meghan, the Duke and Duchess of Sussex, were released Thursday morning. The six-part series has been promoted as a deep insight into the royal couple’s early relationship, and their version of the events that ultimately led them to step back as full-time working members of Britain’s royal family.

Harry made it clear from the first episodes of the series that one of the main focal points of the couple’s frustration has been Britain’s media, which he accused of complicity in “exploitation and bribery.”

“I’m not going to say that it’s comfortable,” Meghan said about why the couple decided to make the documentary. “But when you feel like people haven’t gotten any sense of who you are for so long, it’s really nice to just be able to have the opportunity to let people have a bit more of a glimpse into what’s happened and also who we are.”

Harry and Meghan met on a blind date in 2016, when the latter was working as a television actress on the sitcom, Suits. Just a few weeks after their first date, Harry invited Meghan to go with him to Botswana.

“I think for so many people in the family, especially single men, there can be a temptation or an urge to marry someone who would fit the mold, as opposed to somebody who you perhaps are destined to be with. The difference between making decisions with your head or your heart” Harry said in the first episode of the series. “My mum certainly made most of her decisions, if not all of them, from her heart. And I am my mother’s son.”

“The pain and suffering of women marrying into this institution, I remember thinking: ‘How can I ever find someone who is willing and capable to be able to withstand all the baggage that comes with being with me?” Harry said in the documentary, outlining the way many of his prior relationships had become media spectacles.

The series features interviews with friends and family of the couple, including Meghan’s mother, Doria Ragland.

Since moving to the United States, Harry and Meghan have spoken out about the racism Meghan experienced while living as part of the royal family in the United Kingdom and the toll it took on her mental health. During her time in Britain, she was faced with an onslaught of negative, racist stories in the tabloid press, and last month, a senior British law enforcement officer said there had been multiple, credible threats to her life from the far right.

“I said to her: ‘This is about race,'” Ragland said in the Netflix series. “Meg said: ‘Mommy, I don’t want to hear that.’ I said: ‘You may not want to hear it, but this is what’s coming down the pike.'”

Harry said that the guidance from the rest of the royal family and their support staff was to not respond to negative stories about Meghan in the British press.

“The direction of the palace was: ‘Don’t say anything,'” Harry said. “But what people need to understand is, as far as a lot of the family were concerned, everything that she was being put through, they had been put through as well. So it was almost like a right of passage. And some of the members of the family, it was like: ‘Right, but my wife had to go through that, so why should your girlfriend be treated any differently? Why should you get special treatment? Why should she be protected?’ And I said: ‘The difference here is the race element.'”

The couple ultimately decided to move to the U.S. and step back from their royal duties. Last year, Harry told Oprah Winfrey that they “did what they had to do,” given what they were facing. 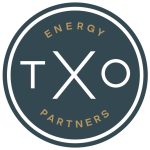 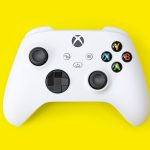