Authorities on Monday identified the four students from the University of Idaho found dead at an off-campus residence.

Police in the city of Moscow declined to release additional details surrounding the deaths, which are being classified as part of a homicide case but said the bodies were found Sunday after officers responded to a call for an unconscious individual.

Upon entering the home on King Road, located about a half-block from campus and in a neighborhood where university students and members of Greek organizations reside, Moscow police said they found four people dead.

They were identified as: Ethan Chapin, 20, of Conway, Washington; Madison Mogen, 21, of Coeur d’Alene, Idaho; Xana Kernodle, 20, of Avondale, Arizona; and Kaylee Goncalves, 21, of Rathdrum, Idaho.

Police said Monday that they had no suspect in custody, but had no reason to believe there was a continued risk to the community “based on information gathered during the preliminary investigation.”

Still, the discovery of four dead students has rattled the school and surrounding community and came as another incident across the country involving three slain students at the University of Virginia sparked a manhunt for the gunman.

On Sunday evening, the University of Idaho sent an alert asking its community to shelter in place or stay away from campus as a suspect was “not known at this time.” The shelter-in-place request was lifted about an hour later.

University of Idaho President Scott Green also wrote an email saying he did not believe there was a continuing threat.

All classes were canceled Monday in memory of the students, the email said, and counseling was available on campus.

In a letter to the school, Green wrote that he and his wife were “heartbroken” over the students’ deaths.

According to the university, Chapin was a freshman and member of the Sigma Chi fraternity majoring in recreation, sport and tourism management.

Kernodle was a junior and member of the Pi Beta Phi sorority majoring in marketing.

Mogen, also a member of the Pi Beta Phi sorority, was a senior majoring in marketing.

And Goncalves was a senior and member of the Alpha Phi sorority majoring in general studies.

“Words cannot adequately describe the light these students brought to this world or ease the depth of suffering we feel at their passing under these tragic circumstances,” Green wrote. “No one feels that loss more than their families and friends. The university is working directly with those affected and is committed to supporting all students, families and employees as this event undeniably touches all of us.”

He added that the timeline for the police’s investigation was unclear, but the school would “continue to communicate to campus as we learn more.”

Erik Ortiz is a staff writer for NBC News focusing on racial injustice and social inequality. 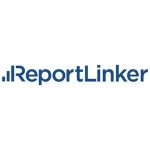 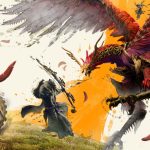 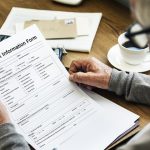