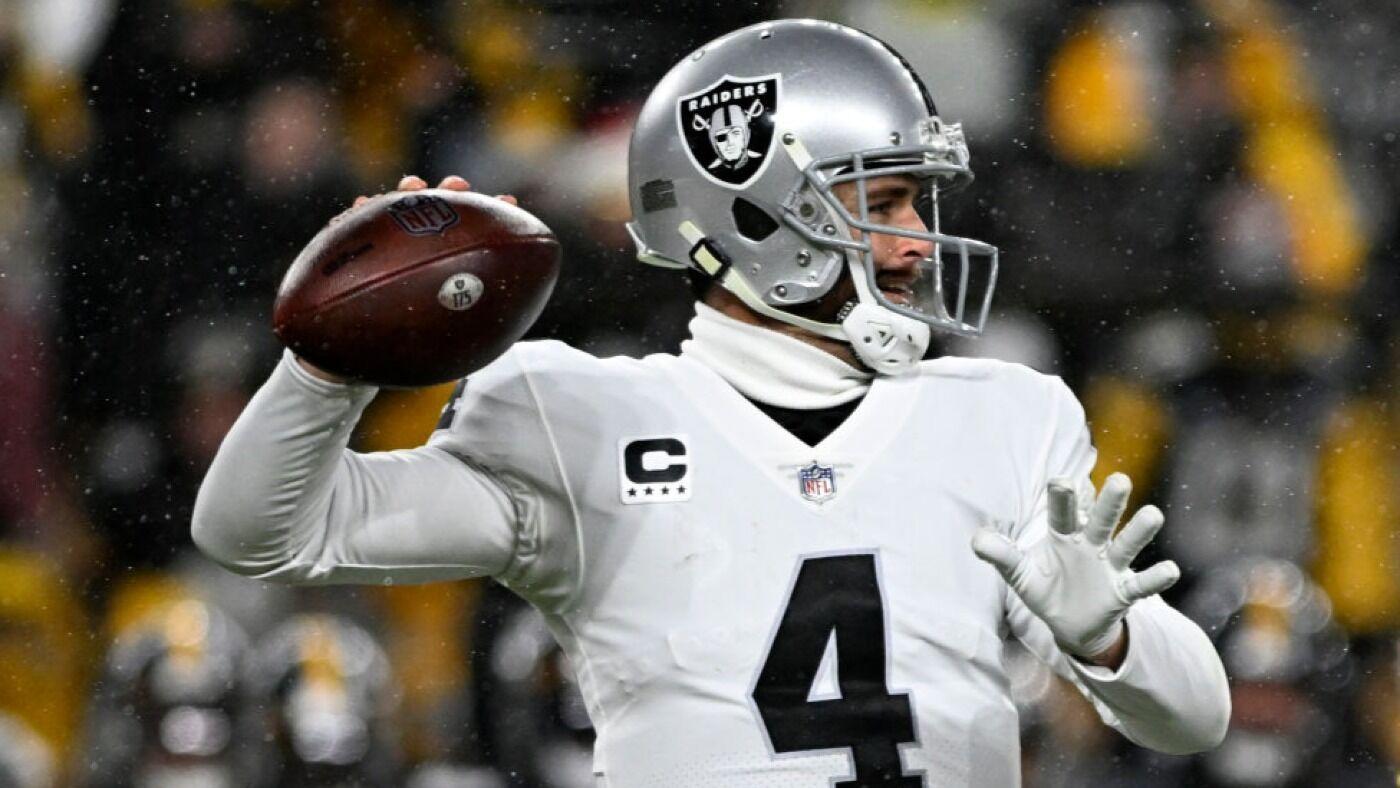 Las Vegas Raiders first-year coach Josh McDaniels announced on Wednesday he is benching Derek Carr, the team’s starting quarterback since 2014. In wake of the shocking decision, CBS Sports HQ’s Brady Quinn offered insight into the complexity of McDaniels’ offense and how that factors into Carr’s struggles this season.

Quinn spent seven seasons in the NFL and got to experience being on a roster under McDaniels when he was traded to the Broncos in 2010. Quinn did not play a game with them, but he brought up an example of one of his former teammates.

Kyle Orton — who started his NFL career with the Chicago Bears in 2005 — was traded to the Broncos in 2009 and given the starting quarterback job his first season in Denver. Orton led the team to a 6-0 start that season, but things went downhill from there. The Broncos lost eight of their next 10 games after their bye week, and Orton went on to finish the season with 21 touchdown passes and 12 interceptions with an 86.8 QB rating through 16 games, 15 as a starter.

“When I got there, that was Josh McDaniels’ second year. I remember talking to Kyle Orton about what he went through in 2009 and how big of an adjustment it was for him,” Quinn said on the “Pick Six NFL Podcast.” “He had the most interceptions of his career that year with Denver.”

Quinn, who described McDaniels as “one of the brightest minds in the NFL,” pointed out that Orton’s struggles likely also had to do with adjusting to new personnel and a new system. Orton led the team to a 1-4 start the following season, opening the door for Tim Tebow to replace him in Week 5.

“But that being said, it’s a system that is very quarterback friendly once you get a hold of it,” Quinn said. “It’s just really tough to do it in one year’s time.”

Quinn then said there is also a lot to learn to when it comes to wide receivers, such as route adjustments and “what you’re asked to do, the way you can move within that offense.” He brought up Davante Adams, who just joined the Raiders this season, to make this point. This year Adams has caught 88 passes for 1,290 yards, as well as a league-high 12 touchdowns. However, he has only caught 9 of 25 targets for 114 yards and zero touchdowns in his last three games. When it comes to the fourth quarter this season, Carr is 16 of 51 targeting Adams.

Adams addressed the situation this week, saying Carr is his good friend but also that the Raiders need so stay focused and try to finish the season strong.

Quinn said how the Raiders move forward at quarterback will all depend on what McDaniels and Raiders general manager Dave Ziegler are looking for at the position. He also added that Carr would likely be one of the most sought after quarterbacks if the Raiders do decide to let him go, “at least from a trade standpoint.”