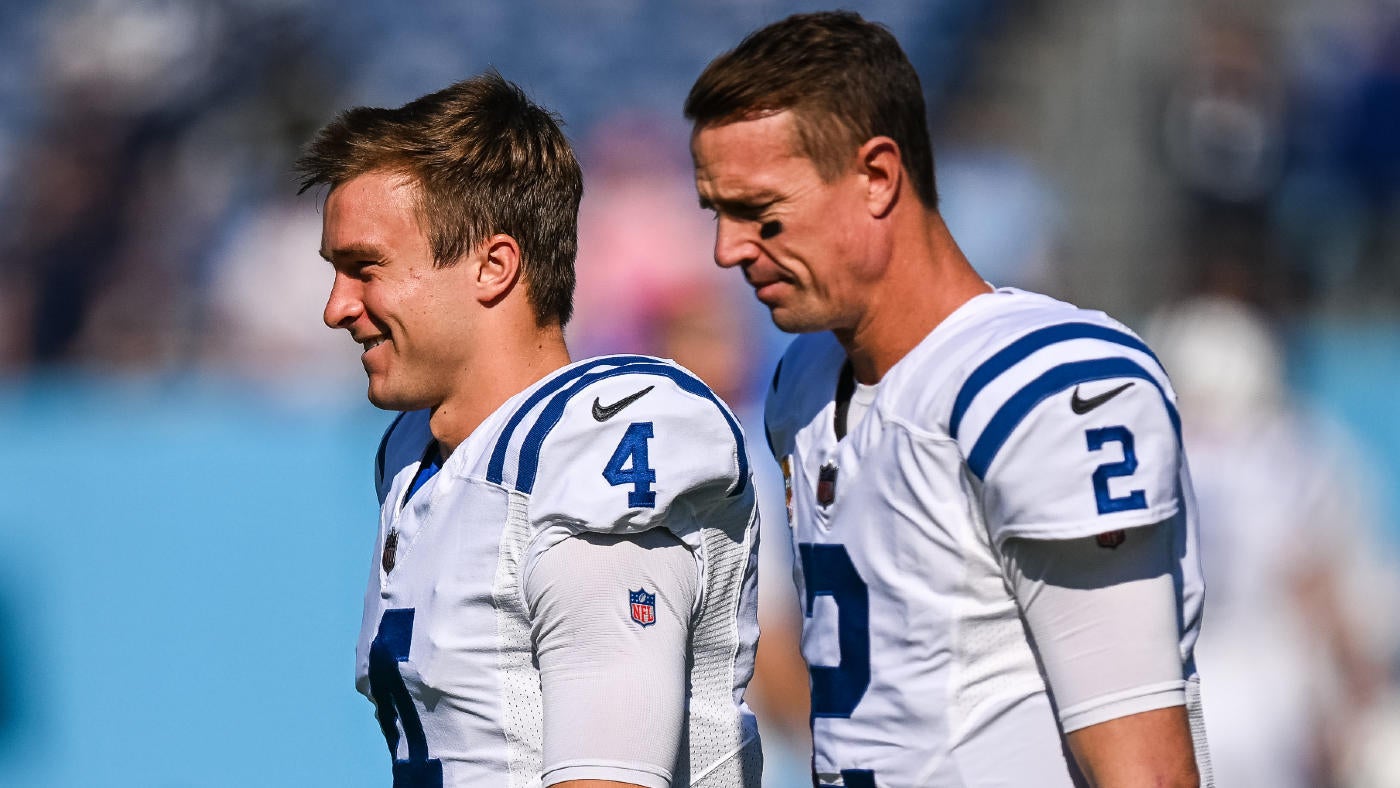 The Indianapolis Colts‘ decision to bench Matt Ryan in favor of 2021 sixth-round pick Sam Ehlinger, who has never thrown a pass in a regular-season NFL game, feels like a last-gasp effort by head coach Frank Reich and general manager Chris Ballard, as they look to add a spark to their 30th-ranked scoring offense (16.1 points per game). Only the Pittsburgh Steelers (15.3 PPG), who are breaking in rookie Kenny Pickett, and the Denver Broncos (14.3 PPG), who can’t seem to catch a break offensively, are scoring at a lower rate than the Colts.

Reich’s predecessor, Chuck Pagano, who is now an analyst for The 33rd Team, indicated he felt the move shows the organization is punting on the 2022 season.

“He’s [Ryan] really struggled, and they’ve struggled, especially on the offensive side,” Pagano said, via the Indy Star. “There was so much promise and electricity around that team and that roster coming into this year after they moved on from Carson [Wentz] a year ago and brought Matt in there. So much hope. You feel for that organization, feel for that team, that locker room, and those fans there. Now, what’s the rest of this year gonna look like? It’s almost like a waste.”

The Colts are 3-3-1 and coming off their second loss this season to their AFC South rival Tennessee Titans, 19-10 on Sunday. Ryan, the 2016 NFL MVP and four-time Pro Bowl quarterback the team acquired after sending a third round pick to the Atlanta Falcons, has not played remotely close to those levels at age 37. He has thrown for 2,008 yards with 9 touchdowns, but he leads the NFL in turnovers (12), interceptions (9) and has been sacked 24 times, which is tied for the second-most in the league. Only second-year Chicago Bears quarterback Justin Fields (27 sacks) has been sacked more than Ryan.

Against Tennessee last week, Ryan threw back-to-back interceptions, including a pick-six. The benching comes only seven games into the 17-game regular season after sending their 2021 starter, Carson Wentz, to the Washington Commanders in a trade. Wentz threw 27 touchdowns and only seven interceptions a year ago in Indianapolis, but his collapse in a must-win game with a playoff berth on the line in Week 18 at the Jacksonville Jaguars was one factor in team owner Jim Irsay claiming the acquisition of Wentz was “a mistake.” Neither Ryan nor Wentz will start in Week 8 when Indianapolis and Washington square off, with Wentz being placed on injured reserve with a fractured finger on his throwing hand.

Pagano was a first-hand witness to the Colts’ quarterback churn in his six seasons as head coach. In his first three seasons, which included missing 12 games in 2012 (his first season) while undergoing cancer treatment, with 2012 first overall pick Andrew Luck running the show, Indianapolis won 11 games each year. Then injuries began to stack up for Luck playing behind a beleaguered offensive line, and the team failed to have a winning record in his final three seasons. A 40-year-old Matt Hasselbeck started eight games in 2015, and in Pagano’s final season coaching the Colts in 2017, Jacoby Brissett started 15 games (4-11 W-L) with Luck out for the season.

Ehlinger is an unknown as an NFL passer, but Reich must like what he has seen during practices, training camp and preseason to declare the second-year QB the starter for the rest of the season. The former Texas Longhorn completed 24 of his 29 passes for 289 yards and four passing touchdowns while also tacking on a rushing touchdown in the 2022 preseason. With 2021 NFL rushing yards leader Jonathan Taylor missing Weeks 5 and 6 with an ankle injury, perhaps Reich saw a quarterback who could also contribute to their ground game: Ehlinger ran for 1,903 yards and 33 touchdowns across 43 college starts.

“He’s got arm talent,” Pagano said of Ehlinger. “He’s a mobile guy. He’s strong, he’s intelligent, smart. He’ll do a nice job as far as managing the games. It won’t be too big for him. (Colts general manager Chris Ballard said) they liked the kid. They had high praise for Sam and and thought that, with some time, he can develop and maybe become a guy. He’s gonna get a shot and they’re all going to find out what he is in the weeks to come and see, ‘OK, is he a real dude or do we have to go find another one?’ This will give him a great opportunity to show what he can do.”