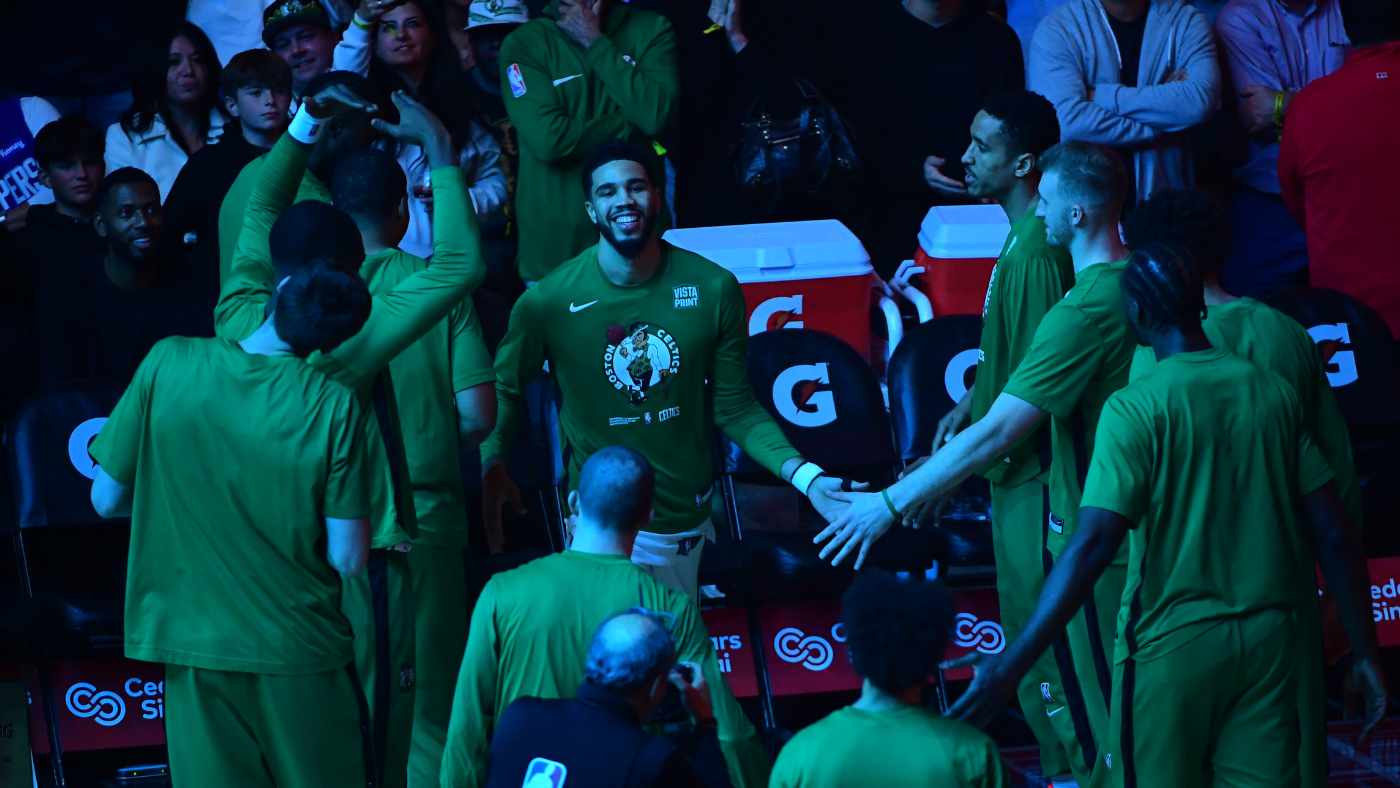 In the most parity-fueled NBA season in years, a particular skill has emerged for teams looking to stake their claim as real contenders: Chaos management.

There are always a slew of things that shape a season. Health. Luck. The coming together — or not — of off-season player and coaching changes. The development of young stars. The sudden age-forced expiration date of soon-to-be former stars.

But more than those factors, this season has been about the carousel of craziness that has helped steer events across the league — moments easy to forget for most of us as the days tick by, but that nonetheless remain critical realities for the teams enduring them.

Take the Boston Celtics who brushed off a so-so stretch of recent games Thursday night by utterly dominating the Dallas Mavericks in a 124-95 beatdown, keeping their grip on the NBA‘s best record.

That Boston at this point would be league’s best was far from a lock a few month ago.

This is a team that woke up in September to the news that the coach who led them to last year’s NBA Finals, Ime Udoka, had been indefinitely suspended over allegations of an inappropriate relationship with a Celtics employee.

It was a toxic, awful, ugly situation — one that still seems to portend Udoka never again being associated with the Celtics. Into this mess stepped 34-year-old Joe Mazzulla, an assistant-turned-head coach with an interim tag heavy with the expectations of this team and the weight of what Udoka’s drama wrought for everyone in Boston.

The NBA, like any other top sports league that blends athletic greatness with celebrity and the 24/7 attention it draws, has always had its share of drama. But, in Boston and elsewhere, not on the level 2022-23 season unleashed.

Along with Boston, there was Draymond Green punching Jordan Poole in the face just before the season started — giving both teams in last year’s NBA Finals a healthy dose of mayhem before kicking off their seasons.

And that was just the start of things.

The world at large seemed to go crazy the last few years, and with it, often, a sense that too many people were at their worst — at the grocery store, on the road, at work, at youth sporting events, all across real life. And, this year, in an NBA at once awash in parity and the excitement it generates and the simultaneously insane drama that has draped itself across so much of the season.

The Nets had Kevin Durant trying to get his coach and general manager fired in the off-season — he’s at a 50 percent success rate right now, with Steve Nash let go a couple of weeks into the season — all while Kyrie Irving was being, well, Kyrie Irving. Plus the Ben Simmons fiasco.

The Lakers had the Russell Westbrook confusion and all its associated angst. The Phoenix Suns got the bedlam of owner Robert Sarver’s ugliness. The Atlanta Hawks were owners of a percolating and problematic sense, according to sources, that Trae Young was as much a liability as a leader as he is defensively — leading to Young missing a game, his head coach caught in the soap opera, the team’s GM sidelined, its CEO labeling a top newsbreaker a “hack,” and a middling on-court product. And so on.

Chaos management has always been an important tool for NBA success, even if it’s undervalued by most fans and media. Talented teams and players are rightly celebrated for their promise, but it’s the ability to navigate the egos, personalities, conflicts and difficulties of a long season that can separate talented success stories from the talented what-could-have-beens.

Skill alone isn’t everything. LeBron James and the Miami Heat failed to win that first NBA title in 2011 largely because the disarray surrounding LeBron that season was too much to handle. It was a tumult problem, not a talent problem.

The old Lob City Clippers are known only for a silly nickname because Chris Paul, Blake Griffin and DeAndre Jordan were so at odds there was no working together to manage a team through its short window. The Nets, despite their recent win streak and stellar play, have to date been done in by themselves as much as anything else.

Or take the other side of the coin — once Jason Kidd exited Milwaukee, with his accompanying melodrama, the Bucks began a steady rise toward sustained success, and a championship. In Golden State, at least until this year, Curry’s calming and chemistry-building presence tended to smooth out the rough spots.

There are other factors, of course, that shape these things. Health is a huge one. But it’s when things get difficult — an injury, or that losing streak, or the inevitable personality conflicts and jealousies — where the skill of chaos management can take some teams one way and others another.

Take this year’s Warriors. Of course they need Curry to be healthy. And once he returns, likely in the next week or so, they can still be the league’s best team, and climb out of the hole they’re in. But it’s also true that the hole is larger and deeper because Green’s attacking Poole was destructive in so many still-lasting ways. It hit at the chemistry, and the need to use it to bring the Warriors young players along, two problems now exacerbated by Curry’s absence.

Or look at the Los Angeles Lakers. Yes, Anthony Davis has been hurt, yet again, and that’s contributed to LA’s woes this season. But LeBron James still averages around 29, 8 and 7 per game. He’s shooting 51 percent from the field. He’s still LeBron James. But the Lakers, stuck in their own non-stop drama, have underperformed. LeBron James teams mired in misery have always had trouble, and this season is no different.

Almost a decade ago, an NBA GM predicted to me that a top, celebrated team would crumble because of the behind-the-scenes drama that had plagued them all year. A few weeks later, the Los Angeles Clippers blew a 3-1 second-round series lead to the Houston Rockets. And several weeks after that, DeAndre Jordan made his short-lived attempt to bolt in free agency for the Mavericks — unleashing publicly all the drama that had dogged the 56-win team all season long.

The lesson has held since then: There’s the story we see in the NBA, and it matters — the wins, the losses, the stats, the stars, the defensive and offensive efficiency ratings and everything else on display each night across the league.

And there’s the story we don’t see — the chaos and drama and disarray, and the human beings who handle it all sorts of ways.

Or at least usually we don’t see it. But this season the chaos has pushed to the forefront of so many teams — a reminder that those forces are as impactful as anything else in determining who wins and who loses.

The Celitcs have shown they know how to weather such a storm. The Lakers haven’t. And all across the league, so many other would-be contenders will rise or fall on things that have little or nothing to do with the drama on the actual court.