Five Presidential Elections Set to Shake Up the World in 2021 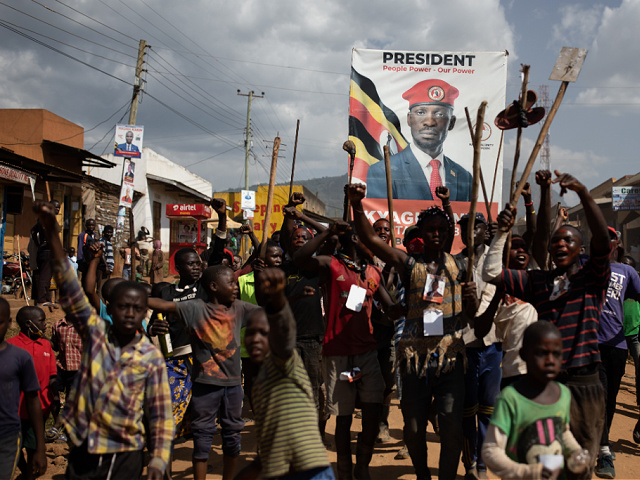 Less than a month away from the presumed inauguration of President-elect Joe Biden, Americans are departing a year in which their presidential election largely eclipsed campaigns around the world. That does not leave 2021 without fascinating presidential elections — some freer and fairer than others — that will help decide the fate of the planet.

Below, five elections to look forward to in 2021 and how to expect they will impact global politics:

The Iranian people do not get to choose a president — Ayatollah Ali Khamenei’s official title is the “supreme leader” of Iran, and thus all power lies in him. Khamenei does, however, stage a sham election for “president” every four years. Presidents do not get to run for a third term, so current President Hassan Rouhani will definitively step down in 2021.

Khamenei has the final say over who appears on a ballot and has yet to allow someone who is not a radical Islamist loyal to him to legally campaign. Despite this reality, American leftist observers heralded Rouhani’s initial election in 2013 as a victory for “moderate” forces within Iran, which would allegedly be more open to reform than predecessor Mahmoud Ahmadinejad (who has, unsuccessfully, also attempted to return to power).

Under Rouhani, Iran entered the Joint Comprehensive Plan of Action (JCPOA), or more commonly the Iran nuclear deal, in 2015, which has resulted in Iran resuming rapid uranium enrichment. Rouhani’s rhetoric and policies have differed little from Ahmadinejad’s.

Khamenei has yet to approve any candidates for Iran’s 2021 presidential election, but in the aftermath of President Donald Trump’s decision to approve a drone strike against Iran’s top terrorist, Major General Qasem Soleimani, Tehran has made some indications that it seeks to replace Rouhani with a “hardliner.” This month, for example, the rubber-stamp Iranian parliament approved a law that allows Army officers to run for president.

Like Iran, Syria does not have any legitimate competition for the head of government but insists that its “elections” are legitimate. Dictator Bashar al-Assad “won” the last election, held in 2014, with 88.7 percent of the vote. That election was easy for Assad to rig — the country was deep in the heart of its civil war, overrun by an Islamic State caliphate and, at one point, ten different warring factions. The millions of civilians who fled or got stuck outside of areas where Assad had total control simply were not allowed to vote.

A year after that election, which the free world dismissed as a sham, Assad reportedly told Russian officials that he would only hold a presidential election again after achieving “victory over terrorism,” meaning the rebels seeking to oust him, not the jihadists that had, in many ways, helped suppress legitimate opposition to his regime. Scheduling elections for 2021 suggests Assad appears fully confident in his victory.

The Syria of 2021 will be much different from that of 2014. The Islamic State caliphate is no more and most of its jihadis are trapped in Kurdish prisons. Those mostly responsible for the group’s defeat, the Kurdish armies of Rojava, or Syrian Kurdistan, have actively avoided conflict with Damascus. The most significant threat to Assad currently is Turkey, which has regularly invaded Syria, nominally to attack the Kurds, but occasionally bombing Assad targets.

This election is not interesting because of its result — Assad will definitively steal it no matter whom he allows on the ballot — but because of what it says about the Syrian Civil War. That war arguably ended this year with minimal international attention, resulting in Assad weathering the storm and remaining in power.

The American government has already declared it will not recognize the 2021 election as legitimate.

Peru had three presidents in 2020 thanks to a poorly written provision in its constitution that allows any Congress to oust any president, without an impeachment trial, for unspecified “moral” shortcomings. Whenever a party (Peru is a multiparty democracy) out of power takes over Congress, it attempts to oust the president.

This is so common that Peru typically has two vice presidents waiting in the wings for an ouster. Martín Vizcarra, the first victim this year, became president in 2018 after Congress ousted his former boss, President Pedro Pablo Kuczynski, so he went into office with only one vice president. That vice president joined an effort to oust him last year and was fired.

So when Congress ousted Vizcarra in November, it was not immediately clear who was president. After a night of uncertainty, Manuel Merino, president of the Congress, became president of the Republic.

Merino lasted three days in office before resigning after deadly protests by an exasperated populace, who expressed outrage at how often their electoral wishes get overridden. Congress ultimately chose another successor with no significant popularity, but no notoriety: President Francisco Sagasti receives the dubious honor of being president for only five months before an election in 2021.

At press time, it is completely unclear who Peruvians will choose to lead their country. They have a choice of 23 candidates, ranging from religious conservative to communist, and no candidate has yet to lead the pack.

Like Peru, Chile has had a turbulent year, but in a much different way. Radical leftist terrorists resumed the rioting that began in late 2019 to demand a new constitution, but when a referendum to replace the current document passed, the leftist intensified their riots. Terrorists burned down multiple churches in Santiago, looted supermarkets and other businesses, and defaced places of worship with satanic graffiti.

Current President Sebastián Piñera cannot run for office, as the current constitution bans successive terms. Piñera was elected on a conservative campaign platform that he has largely abandoned, courting unpopular Chinese investment and making dramatic changes in government in the hopes that they would stop the riots. The most recent local polling shows Piñera with a 14-percent approval rating.

Chileans go to the polls in November, so the lack of a clear frontrunner is not as shocking as it is in Peru. Given that Piñera is seen by leftists as a neo-liberal stooge and by conservatives as a leftist, it is not clear how the average Chilean will choose change. The current leader in polling by the firm Cadem shows Daniel Jadue, a mayor and member of the Communist Party, in the lead with seven percent. Joaquín Lavín, a right-wing conservative, and Evelyn Matthei, a former Piñera official, both received six percent support.

Uganda is facing a situation similar to Syria’s in that its “president,” Yoweri Museveni, has been in power for 34 years and violently represses any attempts to campaign against him. Unlike Assad, however, Museveni’s main rival is a pop star.

Robert Kyagulanyi, known popularly as “Bobi Wine,” is a Ugandan artist-turned-politician who has routinely questioned Museveni’s lack of improvement of the country in decades, his policy of silencing dissidents, and his increasingly cozy relationships with communist China. For his troubles, Wine is routinely arrested, most recently on Wednesday. Wine supporters regularly face tear gas or worse. In November, police attacked a crowd of Wine supporters, killing 37. A month later, they killed 50.

Bobi Wine has little chance of defeating Museveni, as the election will not be fair, his attempt to wrestle power out of the hands of a dictator is unique and may very well be copied in other countries.

John Corbett and Bo Derek are finally married after 20…

Bayer to Buy Vividion Therapeutics for Up to $2 Billion

How To Eat Yummy And Still Lose Weight – Credihealth…