As Canada’s men’s national soccer team prepares to play in their first FIFA World Cup in 36 years, Canadian interest in watching the Qatar tournament is low, a new poll suggests.

Despite the apparent low interest among Canadians, a global Ipsos survey released Nov. 10 showed more than half of adults across 34 countries plan to watch the 2022 FIFA World Cup.

“We have to keep in mind that even if we say that interest is relatively low, if we say a third of Canadians are paying attention, that’s still over 10 million people who have the potential of watching this,” said Sébastien Dallaire, senior vice president at Ipsos Canada.

“Canada is not yet a huge soccer watching nation. There is some interest, but obviously it doesn’t compare to what we can see in other countries where you have a lot more real hardcore fans.”

Interest in the World Cup is driven by age, Ipsos’ results for Global News indicate. Canadians aged 18 to 34 are more interested in watching the event than their parents or grandparents, and they’re more likely to say the World Cup is more important to them than the Olympics.

The difference in allegiance could be due to the fact Canada’s men’s team has only played in one World Cup, and many Canadians have grown accustomed to cheering for other nations during the World Cup, Dallaire said.


Canada will play Belgium on Nov. 23 for their first game of the Qatar World Cup, an event that has been surrounded by controversy ever since FIFA announced the Arab nation as host 12 years ago. The tournament, which is traditionally played in June and July, was moved up to avoid playing in the severe Middle Eastern heat.

Qatar has faced skepticism about how it persuaded FIFA to vote for the country; 21 of the 24 men on the FIFA executive committee who voted for the World Cup hosts in 2010 were variously convicted in criminal or ethics cases, indicted, acquitted at trial or implicated in wrongdoing.

Allegations of mistreatment of migrant workers building World Cup infrastructure have been made for years, and recently, Qatar’s record on LGBTQ2 rights has been in question.

“Relatively speaking, Canadians are less interested than people in most other countries, but there’s been a drop globally – not just in Canada … in interest,” Dallaire said.

“So clearly all the controversy around the World Cup has reduced interest in general, but as experience shows sometimes it depends on what happens during the event. Once the event starts, it becomes real and people start watching games, and if Canada’s doing well, it might generate more interest and all the controversies can sometimes give way to more excitement.”

2:37
Migrant worker rights put in the spotlight ahead of 2022 FIFA World Cup


When Qatar was first named as host nation, the country had a population of 350,000. It has since boomed to 2.6 million due to migrants working to build the infrastructure, like stadiums, needed for the tournament.

Among some of the allegations of mistreatment of migrant workers are that thousands have died on the job, have experienced wage theft and in some cases had their passports withheld by their employers, said Michael Page, deputy director of the Middle East and North Africa division at Human Rights Watch (HRW), in a previous interview with Global News.

Qatar’s ruling emir has called the criticism an “unprecedented campaign” targeting the first Arab nation to host the tournament. Qatar has repeatedly pushed back, insisting it has improved protections for migrant workers and claiming the criticism is outdated.

Furthermore, several teams and players are raising issues regarding the safety of LGBTQ2 fans, given homosexual acts are illegal in the conservative Muslim country.

Ottawa has published a special travel advisory webpage for World Cup fans heading to Qatar, including information on local laws. It has also warned Canadians that Qatar has many laws that differ from those in Canada.

Among some of the pieces of advice the government is giving, Ottawa is telling Canadian fans heading to Qatar to “dress conservatively” and “behave discreetly.”

Canadian Sport Minister Pascale St-Onge said in a tweet on Oct. 28 that the safety of Canadians attending the World Cup must be secured. St-Onge told Global News in a statement earlier this month that Ottawa was joining calls for “transparency and robust measures” to protect migrant workers who built World Cup infrastructure.

Late last month, Canada Soccer, the sport’s governing body in the nation, released a statement saying it “supports the ongoing pursuit of further progress regarding workers’ rights and inclusivity as Qatar prepares to host the world.”

Ottawa, which did a diplomatic boycott for the 2022 Beijing Winter Olympics over China’s poor record on human rights, has previously told Global News that no plan has been made yet for a federal dignitary to attend the World Cup.

0:41
Government diplomats must ‘speak out on these abuses’ if attending 2022 FIFA World Cup: Human Rights Watch


When asked about the government’s delegation plans on Thursday, Liberal MP Adam van Koeverden told parliamentarians during question period that Ottawa was focusing on a “constructive approach.”

“We’re aware that there are reservations about FIFA 2022 being held in Qatar and we are focusing on a constructive approach because in a world that’s full of divisions, we need to work with our partners,” he said in French.

How Canadians feel team will perform

Issues aside, Canadians surveyed by Ipsos for Global News are unsure how far the men’s national team will make it in the 32-nation tournament. The team will play three games in the group stage, but only the top two teams will qualify for the knockout rounds.

Belgium, which is Canada’s first opponent, is ranked by FIFA as the second-best men’s national team in the world. Croatia, which Canada plays after Belgium, made the 2018 FIFA World Cup finals and is ranked by soccer’s world governing body as the 12th best men’s team. Morocco, Canada’s final group stage opponent, ranks 22nd. Canada is ranked 41st.

“We see that Canadians generally may be a little bit too optimistic, but this also speaks to the fact that we don’t have so much experience as a nation taking part in such a global tournament,” said Dallaire.

“It’s not impossible that (the) Canadians might surprise. … If that happens, I guarantee you that the numbers we’re measuring here are going to go up significantly over the next few weeks.”

These are some of the findings of an Ipsos poll conducted between Nov. 11-15, on behalf of Global News. For this survey, a sample of 1,005 Canadians aged 18+ was interviewed. Quotas and weighting were employed to ensure that the sample’s composition reflects that of the Canadian population according to census parameters. The precision of Ipsos online polls is measured using a credibility interval. In this case, the poll is accurate to within ± 3.5 percentage points, 19 times out of 20, had all Canadians aged 18+ been polled. The credibility interval will be wider among subsets of the population. All sample surveys and polls may be subject to other sources of error, including, but not limited to coverage error, and measurement error.

— with files from The Associated Press 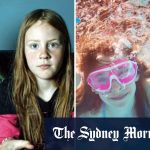 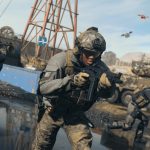 Microsoft vows to bring ‘Call of Duty’ to Nintendo consoles 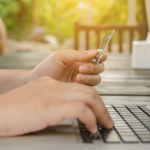 How Does Cyber Technology Affect Security? 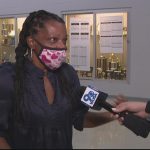