CLAIM: A screenshot shows Canadian news outlet Global News published an article with the headline: “Experts say not including pronouns in your bio, email, signature are a sign of bigotry.”

AP’S ASSESSMENT: False. The image is fabricated. There is no record of this headline on Global News, and the outlet confirmed in a statement to The Associated Press that it never published such an article.

THE FACTS: Social media users are sharing a fabricated screenshot purporting to show an article from Global News, falsely suggesting it shows a real story about the use of pronouns online.

The bogus screenshot shows the headline, “Experts say not including pronouns in your bio, email, signature are a sign of bigotry,” above a stock photo of different pronouns ⁠— such as “him,” “her,” and “they” ⁠— on a bulletin board. A timestamp makes it appear the article was published at 9:26 p.m. on Sept. 15.

Some social media users shared the image to mock the headline and appeared to believe it was an authentic story published by the outlet. Others used the image to target the reporter whose byline was listed on the fabricated article.

But Global News did not publish such a story. It cannot be found on the Global News website nor does it show up in a Google search. Archived versions of the website, and the reporter’s author page stored by the WayBack Machine on Sept. 15, also show no articles resembling the one in the image.

Instead, Global News’ archive shows the fabricated headline and image were digitally inserted over an unrelated article published at the same time on Sept. 15. The authentic headline said: “Half of Canadian restaurants operating at a loss or ‘just breaking even.’”

Global News confirmed in a statement to the AP that the headline about pronouns had been fabricated.

“We can confirm that the headline and caption in question were never published on our site and they are falsely associated with the Global News brand,” the statement read.

The fabricated screenshot has been circulating on Reddit and other meme websites since as early as Sept. 19.

This is part of AP’s effort to address widely shared misinformation, including work with outside companies and organizations to add factual context to misleading content that is circulating online. Learn more about fact-checking at AP. 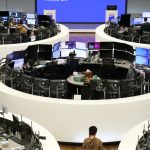 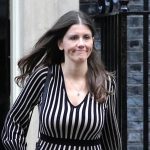