The Edmonton Oilers snapped a five-game winless skid on home ice with a 4-2 win over the New York Islanders Thursday night at Rogers Place.

Their last home win was on Dec. 9.

“It’s been too long for us,” Oilers forward Zach Hyman said of the home-ice win. “We started off really well and put an emphasis on playing a full 60 minutes.”

“We have a lot of really proud people in our dressing room,” Oilers head coach Jay Woodcroft said after the win. “I saw them come together and play hard for each other — a real team win.”

The Oilers blitzed the Islanders with 18 shots on goal in the first period. They finally solved goaltender Ilya Sorokin on the power play when Leon Draisaitl fired home his 22nd goal of the season.

Late in the first, Kailer Yamamoto broke down the right wing while shorthanded and slid a shot under Sorokin for his third. Connor McDavid earned his 500th career assist on the play.

“This is just one game,” Yamamoto said. “We have 42 left, so it’s still a long season and there’s a lot of hockey to be played.

“We’re out of the playoffs right now, so we’re still pushing for that, and every game is going to be a different challenge.”

The Islanders responded with a goal from Mathew Barzal five minutes into the second. Dylan Holloway’s long shot made it 3-1 Edmonton, then Hyman went to the backhand on the breakaway for his 18th.

“This wasn’t the first time we’ve played a full 60,” Hyman said after the game.

“It’s about whether we can string these games together and play like this consistently.”

Cal Clutterbuck pulled the Islanders back in it with a deflection in the final minute of the second.

The third period was scoreless.

Oilers netminder Jack Campbell made 20 saves for the win. Sorokin finished with 34 saves.

“I feel confident in there — calmer and more like myself,” Campbell said after the game.

The Oilers (21-17-2) will host the Colorado Avalanche on Saturday. You can listen to live coverage of the game on 630 CHED, beginning with The Faceoff Show at 6:30 p.m. The actual game starts at 8 p.m.

–With files from Brenden Escott, 630 CHED 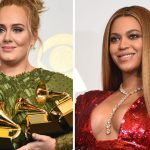