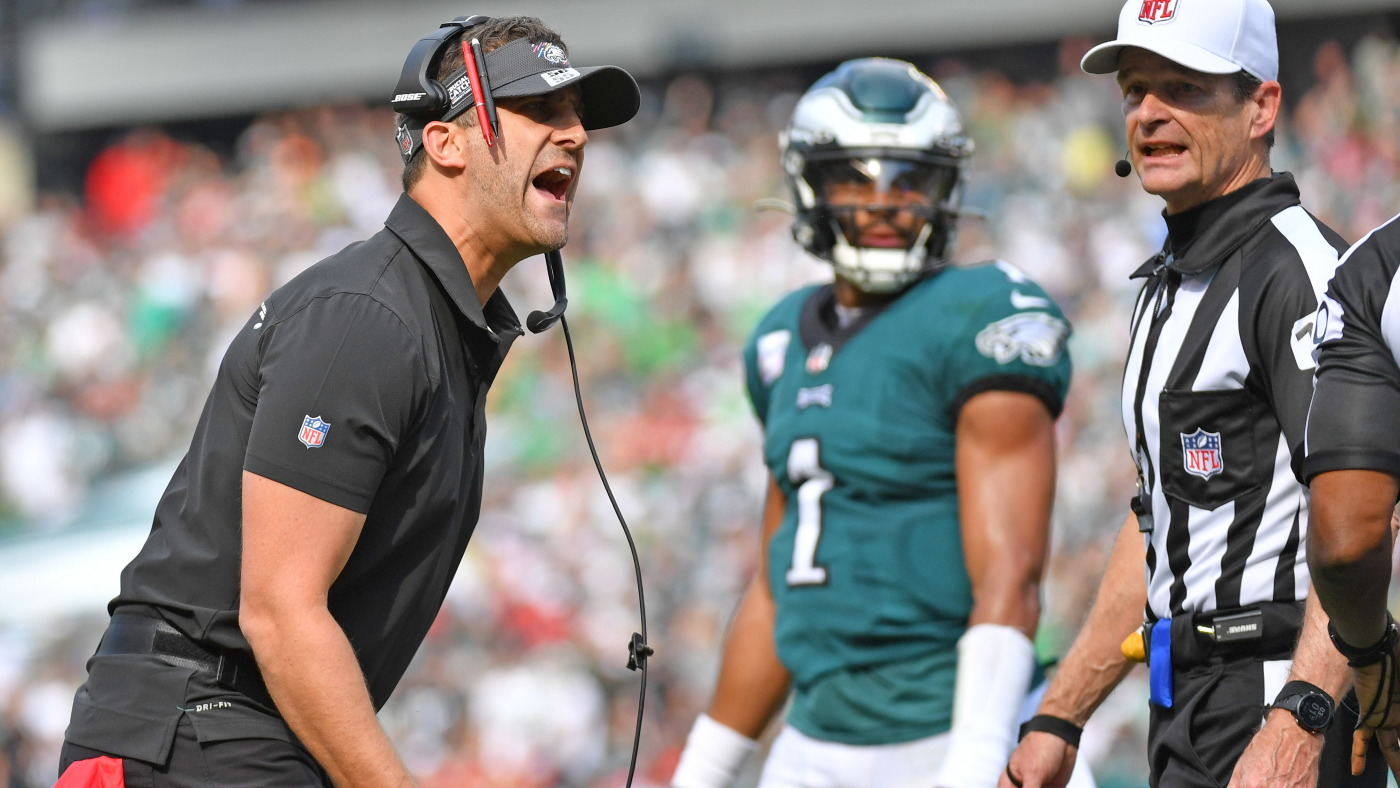 PHILADELPHIA — Jonathan Gannon has taken a lot of heat in the city of Philadelphia, despite having the No. 1 pass defense in the NFL and the No. 2 overall defense. The Eagles’ defensive coordinator has his fair share of critics, despite controlling a defense that has 75 sacks on the season (including postseason) — the third-most in NFL history.

Gannon’s defense put on a clinic in Saturday’s NFC divisional round win over the New York Giants. The Philadelphia Eagles allowed seven points and 227 yards of offense, while limiting the Giants to 4.4 yards per attempt. Philadelphia also had five sacks and 16 pressures with a pressure percentage of 45.7%.

It was the total domination of an opponent — and Eagles head coach Nick Sirianni wanted Gannon’s biggest critics know about it.

“Obviously, we have great players (but) sometimes I have to hear some things about Jonathan Gannon, and I don’t know if it’s you guys. Might be more other people. I won’t say names,” Sirianni said during his post-game press conference Saturday night. “But this guy is an unbelievable coordinator. The fact that he doesn’t get respect from our radio station blows my mind. It blows my mind.

“This guy is an incredible coordinator. People love to play for this guy. Listen, you want me to keep going?”

“The only reason I have to pay attention is because Bob (Eagles Senior Vice President of Communications Bob Lange) does such a good job at his job that he preps me for questions that I have to answer,” Sirianni said. “So, every time I hear an answer about Jonathan Gannon I laugh to myself. As a matter of fact, coaches from other teams ask me, does Jonathan Gannon get crap here? I’m like, somehow, yeah. Like this guy is incredible.

“He’s going to be a head football coach in the National Football League because of what he does. This guy is a stud. He’s a stud.”

“My whole thing that I preach here is about winning the double positive,” he said. “And what does that mean? Winning the turnover battle while also winning the explosive play battle…That’s been our organizational philosophy for these past few years, is winning that. And so Gannon is influenced by me. So I want some heat, I want some smoke, when you guys are getting on Gannon too.”

The Eagles have the most sacks and the highest pressure rate in the NFL. They allow the fewest yards per play and have the No. 1 passing defense. Philadelphia has the third lowest opponent passer rating in the league and is fourth in interceptions.

Sirianni will go to bat for his defensive coordinator and has the numbers to back it up. The proof is in the pudding.