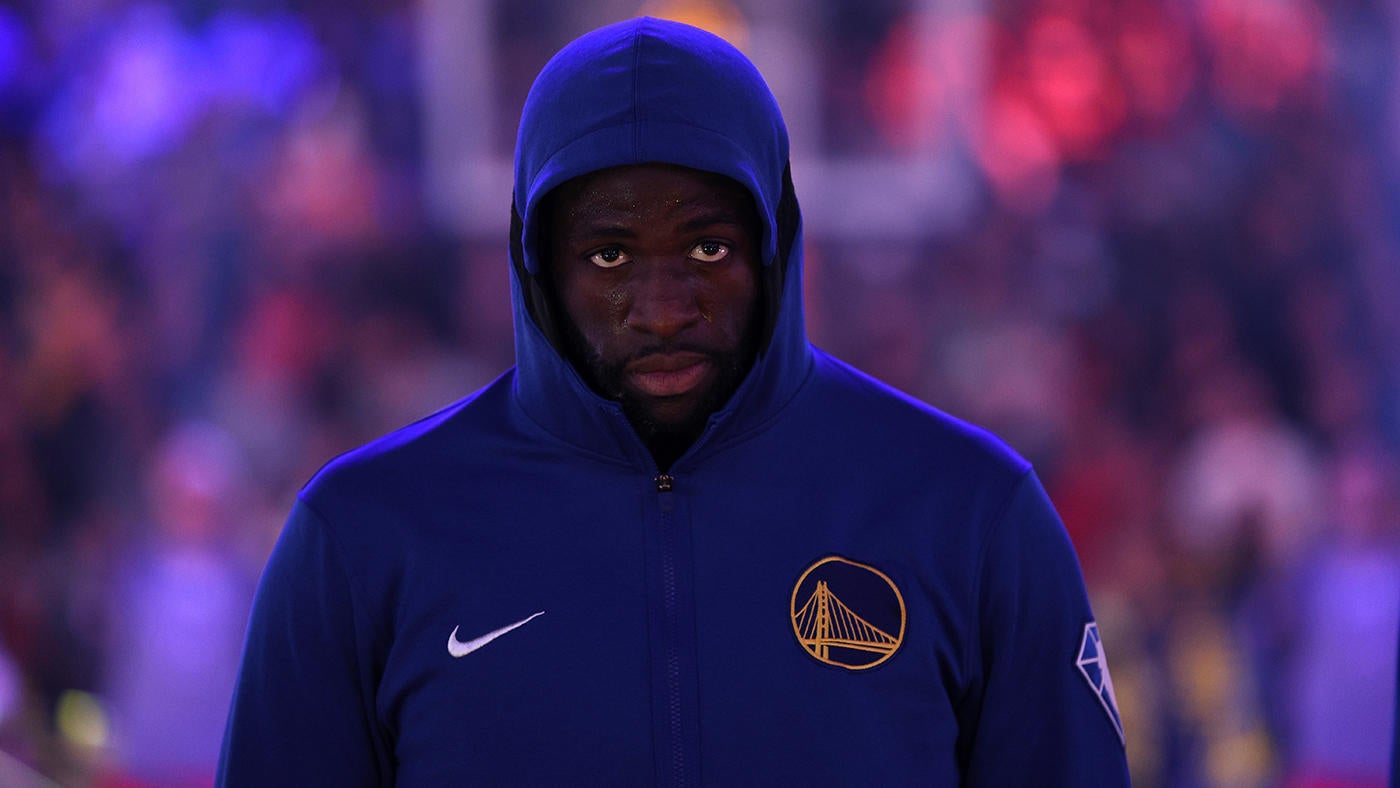 SAN FRANCISCO — When Dante wrote of the Nine Circles of Hell in the 14th century, there’s no way he could have envisioned that by 2022 they’d all be conflated into one heaving, oozing, cesspool of horror: Facebook comments.

If you’ve mustered the courage to take that fearful scroll through the comments of even a slightly controversial post, you’ve seen the embodiment of the final eight circles from “Inferno” — lust, gluttony, greed, wrath, heresy, violence, fraud and treachery. The first circle, limbo, describes your state of mind as your finger hovers over the “delete account” button, hoping to avoid further PTSD.

There is one corner of Facebook, however, that more closely resembles the fabled Garden of Eden: The wondrous page entitled, “Golden State Warriors on CBS Sports.” The group, which has nearly 1.5 million followers, is an unexpected source of joy, support and unflappable fandom. It’s so unusual that you’re probably reading this as sarcasm, but I guarantee you it’s not — the sentiment on the page is almost universally optimistic.

Steph Curry gets injured? “Don’t worry! The rest of the team will step up until he comes back!”

Key player leaves in free agency? “We’ll miss you! You deserve everything great that’s come to you!”

It’s a breath of crisp, ocean air in an atmosphere otherwise polluted by industrial waste.

Which is why it’s been so enthralling, and revelatory, to monitor the group’s reaction to Draymond Green punching Jordan Poole at practice last week, and the ensuing punishment communicated by head coach Steve Kerr on Tuesday night. The normally rosy community of Warriors Facebook fans has turned bitterly divisive — a reflection of Green’s already polarizing nature.

Set to return to practice on Thursday, Green’s formal punishment will be complete — a week away from the team, a fine of an undisclosed amount and no suspension to speak of. Whether you view this as perfectly justified or embarrassingly lenient most likely reveals your overall feelings about Green during his tumultuous 10-year NBA career, which has involved suspensions, fines and more technical fouls than you can count.

Given his history and the severity of the punch that, if we’re being honest, bordered on assault, a lengthy suspension would have been more than justified. What some are viewing as a slap on the wrist has led to two distinct camps among fans.

“He should be fine and suspended and traded in my opinion Dray has gone too far.Everybody keep defending him and he keep doing the same thing.Dub Nation I’m out!!”

“It was in-house, team practice. It’s none of our business. Just happened someone decided to talk about it, non-team member, as well as leak a video of it. We are not privy to anyone else’s private gatherings so why do folk believe they are privy to the Dubs private gatherings.”

“‘Really serious stuff’ addressed with a slap on the wrist. Thought the Dub’s was better than this!”

“OKAY!! Now let’s move on. Things like this happens in just about every team and in most sports. Just not publicized like this. Let’s leave them alone. GO WARRIORS”

“If this happened on your job. Do you think you would be fined or fired. The NBA should step up and suspend him. What a joke. Coach Kerr kept a straight face when explaining the decision. I have lost respect for my Warriors!”

“Let’s not forget JP pushed DG first. We are always looking for a victim, but never looking at a position that both consented to a fight. If JP wakes away and DG hit him or pushed him while walking away then I would agree DG was in the wrong.”

The lush, plentiful meadow has turned into a battleground.

We’re all subject to confirmation bias, and Warriors fans are no exception. Those championing the decision by Kerr and Co. not to suspend Green probably see his antics as a necessary consequence of the very attributes that make him so essential to Golden State’s success over the past decade. Those who feel the punishment didn’t go far enough have likely seen enough of Green’s repeated violations — including one that he says cost his team the 2016 championship and another that played a part in ultimately pushing Kevin Durant to the East Coast.

For NBA fans, Green has long been the personification of a Rorschach test — you know, the nondescript inkblots that serve to bring forth your innermost thoughts. Some look at Draymond and see a fiery competitor whose attitude and leadership are vital to a modern dynasty. Others see a fractious, temperamental locker-room cancer who has worn out his welcome through repeated impulsive outbursts.

Both are fair perspectives, and the bias even extends to the Warriors themselves. We’d like to objectively look at each circumstance on its own merit, but that’s just not how life works. When addressing the media on Tuesday regarding Green’s punishment, Kerr explained how their relationship played a significant role in the discipline that was (and was not) levied.

“Draymond and I have been together for eight years,” Kerr said. “We’ve had plenty of run-ins. We’ve won championships together, we’ve lost championships together. We’ve been through an awful lot together. I trust him. He broke our trust with this incident, but I’m giving him the benefit of the doubt because I think he’s earned that — and I think our team feels the same way.”

As he sat in front of the media with the necessary talking points printed out on a white sheet of paper, Kerr said it was fair to think that Green’s punishment wasn’t severe enough. He also said that the core Warriors veterans signed off on the ultimate decision. Most importantly, Poole did too.

“Jordan, obviously had to be involved in this,” Kerr said on Tuesday. “Jordan and Draymond got together and had a great discussion that, I think, will help us move forward. So after this entire week of everything and just assessing everything, this feels right.”

It appears that the Warriors, for now at least, will attempt to delicately tiptoe past what Kerr called “the biggest crisis that we’ve ever had,” and next week’s season opener could serve as a metaphorical turning of the page. But when Green’s name is called to receive his championship ring in front of the Chase Center crowd, there may be a mixed reception.

Warriors fans are certainly grateful for what he’s done for the team, but it’s absolutely clear that — after Green not only crossed the line, but damn near destroyed it — some have simply had enough.