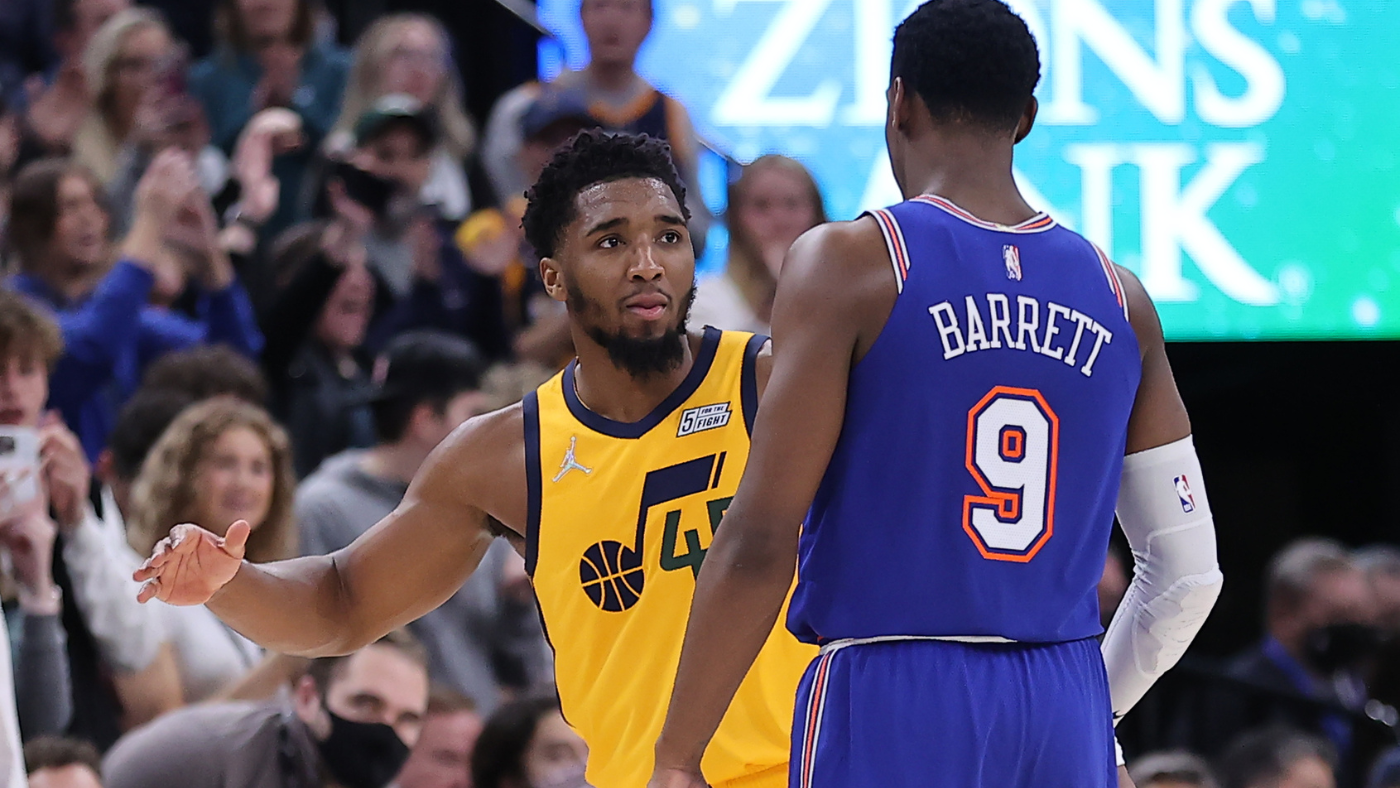 Donovan Mitchell was traded, seemingly out of the blue, to the Cleveland Cavaliers on Thursday, and the low-hanging fallout story for the New York Knicks is going to be striking out on yet another superstar pursuit. It’s not an unreasonable takeaway. The Knicks eventually have to actually hook one of these big fish they’re always trolling after.

But the wrong deal can impact a franchise just as significantly as the right one. Of all the stars the Knicks have, to varying degrees, pursued of late, are we sure Mitchell would’ve been the right one to land?

First, are we sure Donovan Mitchell is a superstar? He’s very good. On offense. He’s proven himself as a big-time playoff performer, and that has to matter a great deal. But a Mitchell-Jalen Brunson backcourt sounds awfully small and defensively vulnerable. If the Knicks had given up RJ Barrett in a deal to acquire Mitchell, plus either Quentin Grimes or a third protected future first-round pick, which was reportedly what Utah wanted, it would’ve largely hindered their ability to chase another All-Star down the line.

So if a Knicks roster that includes Mitchell is closer to a finished product, how good is a Mitchell-Brunson pairing, particularly without the size and defensive support of a Barrett? In that scenraio, you better hope Julius Randle morphs back into an All-Star, and even then you’re probably looking at a lower-end playoff team, at best, in a completely stacked Eastern Conference.

The deal Utah got from Cleveland — Collin Sextion, Lauri Markannen, 2022 No. 14 overall pick Ochai Agbaji, three unprotected first-round picks and the right to two future pick swaps — is a better deal that New York was willing to offer, which, accrording to ESPN’s Adrian Wojnarowski, was as follows:

Danny Ainge is a certified thief in these negotiations, and New York was, to me, smart not to give in. Again, Mitchell is really good. But how good? While the price of his acquisition wouldn’t have emptied New York’s basket (it has eight trade-eligible future picks), it would’ve left only three future picks — of debatable value — with which to enter future trade talks, and Oklahoma City and Houston are likely a few years away from being ready to dust everyone else’s offers.

Tp be clear, I’m not saying the Knicks would’ve been unequivocally misguided to go all-in on Mitchell. New York reportedly believed that a Brunson-Mitchell duo would’ve attracted another star. That’s debatable, as is whether the Knicks would’ve had the resources to add that third star even if one had emerged as a target.

Ultimately, had the Knicks been able to keep Barrett, I would’ve been in support of adding more unprotected picks to get Mitchell. I think Barrett can develop into an All-Star, and there’s your Big 3 if Brunson turns out to be an All-Star-level player. If he doesn’t, you can package him with the leftover picks for a high-level replacement to pair with Mitchell and Barrett. Or you can trade Barrett. This would’ve been enough wiggle room to still feel comfortable.

But giving up Barrett and a bunch of unprotected picks was a bridge too far. Mitchell isn’t that great. When the disappointment of whiffing on another star subsides, Knicks fans will, or should, see that they’re in a pretty good position moving forward. Brunson is potentially an overpay, we’ll see, but he’s a very good player and he takes the ball out of Randle’s monopolizing hands. Barrett now has time to continue developing, and most importantly, those eight future trade-eligible drafts picks are still in the holster.

Throw in a potential massive cap spike in 2025, when the new TV deal is set to kick in, and New York could also be a few years away from having something close to max space. At that point, Brunson will have a player option. If he’s worth it, you extend him. If not, he becomes a trade piece. That’s called flexibility, which, to me, is better than depleting your asset pool and overextending yourself for Mitchell just to be a No. 6 seed.

I’ll reiterate this one last time: Reasonable minds can disagree on this stance I’ve taken. The Knicks have to get a true star at some point, and Mitchell is a star. He’s not a superstar, in my opinion, but he’s a legit star. If you think the Knicks should’ve given up more unprotected picks and/or Barrett and figured the rest out later, especially with Houston and OKC lurking as trade-trumping monsters a few years from now, that’s understandable. It’s not where I fall, but this isn’t a clear-cut situation. This was a tough call either way. Only time will tell if the Knicks chose right.

“They cheat like hell, these people”: Trump airs 2020 grievances in Michigan, weeks before midterm elections

Cate Blanchett on “Tár” and the art of transformation