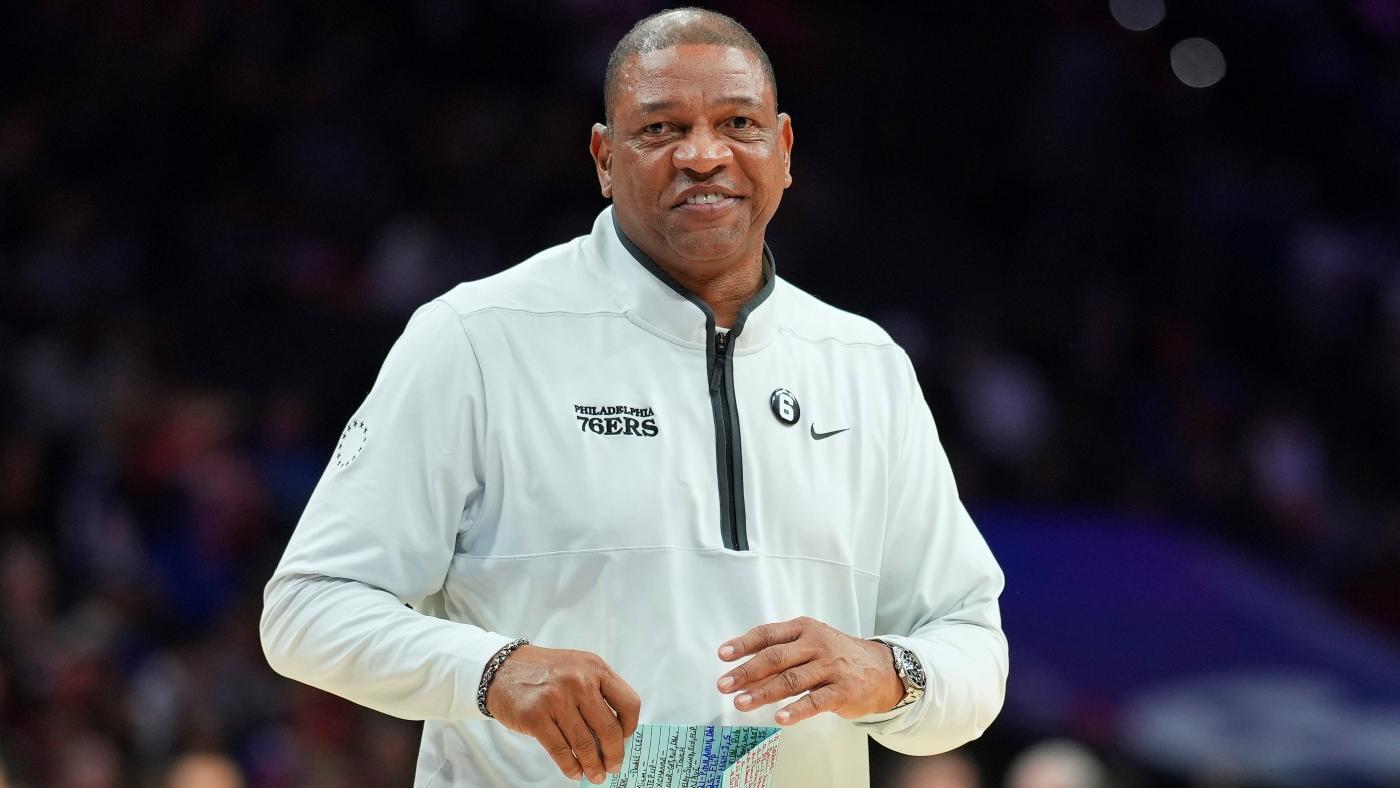 After Philadelphia’s 113-112 victory over the Los Angeles Lakers on Sunday night, Doc Rivers revealed that the Sixers will be employing three different starting lineups moving forward in the season. This news came on the heels of Rivers shifting young star guard Tyrese Maxey to the bench in favor of De’Anthony Melton for the matchup with the Lakers.

Melton started in place of Maxey while Maxey was sidelined with a foot injury, and he proved to be a very snug fit with Philly’s first five. Rivers didn’t reveal what the three different lineups are, but he acknowledged they will shift depending on opponents.

“We told our team that there’s three different lineups that we’ll be using from this point on,” Rivers said. “We were going to do it in the Utah game, but Tobias [Harris] was out. They know the lineups. I’m not going to share them, but there’s three different lineups we’ll use on different nights… Some nights, it will be to match up to [opponents]. Some nights, it’ll be to make them match up to us.”

While Rivers didn’t go into specifics, it’s not too tough to surmise what the three different lineups may be based on the way the season has played out so far. One of the lineups is likely the starting five that the Sixers started the season with — Maxey, James Harden, Tobias Harris, P.J. Tucker and Joel Embiid.

The second lineup probably swaps out Melton for Maxey, as we saw against the Lakers on Sunday night. Running Melton with the first five provides the Sixers with more of a defensive presence to start out the game while having Maxey out there is all about firepower. The third iteration of the starting lineup could very well be a small-ball look that the Sixers have used that includes both Maxey and Melton along with Harden, Harris and Embiid.

Having different starting lineups is an unusual approach, as teams — especially contenders — typically prefer to establish continuity. However, that doesn’t necessarily mean it’s a bad idea. If the roster buys into the idea, it could work to maximize the individual talents on the team. The question then becomes: what will such buy-in take?

“Maturity,” Rivers said. “Really that’s the key. If we can handle it, it will be really good for us because I think we have enough guys that we can do that with. But we may find out that it doesn’t work well and go back to one lineup.”

Clearly, Rivers doesn’t plan to force the issue if the team doesn’t respond, but there’s nothing wrong with a bit of regular-season tinkering. The goal is to have the team comfortable and clicking come playoff time, and there are still a few months before then.