PHILADELPHIA–The Philadelphia 76ers went to battle with the New York Knicks on Friday severely shorthanded. Not only were they missing James Harden due to his foot injury, but they were also missing Joel Embiid for the third straight game due to the flu.

It ended with the Sixers falling to the Knicks 106-104 at home. Philadelphia dropped to 4-6 on the season and it’s their second consecutive loss following a 3-game win streak.

Before the game, Embiid did warm up. He was out there shooting pregame with tape on his shoulder, and it appeared that he was ready to make his return. He even participated in morning shootaround, but he was scratched late and the Sixers felt his absence out there.

“We didn’t know, honestly, we didn’t know,” said coach Doc Rivers. “I was 50/50 watching him at shootaround. I thought he was really struggling. He went through like 25% of shootaround this morning. You can see he wasn’t feeling great, showed up, went out on the floor, got shots, and just felt bad and the way we look at it, we have the next two days off  with practice and now, we can ramp him up and get him back.”

One has to assume that Embiid probably would have played in this game if it was late in the season, but it is just November. This was Philadelphia’s 10th game and there are 72 games left. They need to think of the future.

“Obviously, we want to win the game, right?” Rivers added. “And putting him on the floor would obviously help us, but we got to also think of the long game as well. I thought it was the right decision not to play him.”

With Embiid being out, one has to think of his conditioning level now combined with the plantar fasciitis throwing him off before the season began. He was just beginning to ramp things back up, but now that he has been out for three games, the Sixers will have to begin ramping him back up again in order to ensure he is ready for when the real games begin.

“It’s tough,” Rivers added. “Like, it’s tough for him to condition when you have a foot, you know what I’m saying? So, we do have things with the pool and alter G which you can run with no weight-bearing stuff, but first, he has to get healthy enough to breathe from the flu so he can get back to running. That’s why we just have to be very careful in this stretch coming up. Again, we got to think about the long game.” 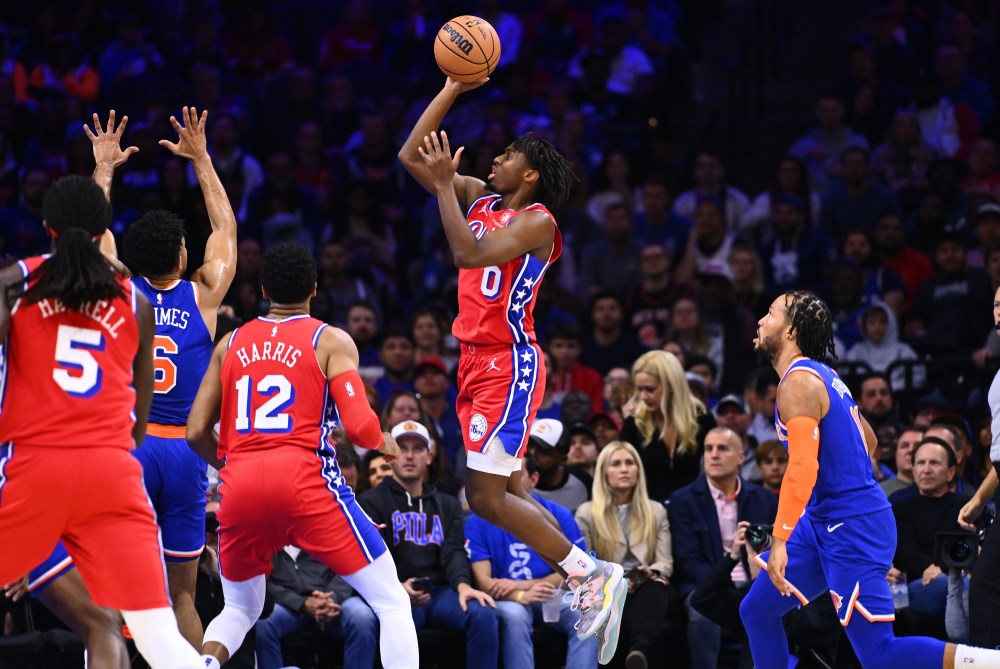