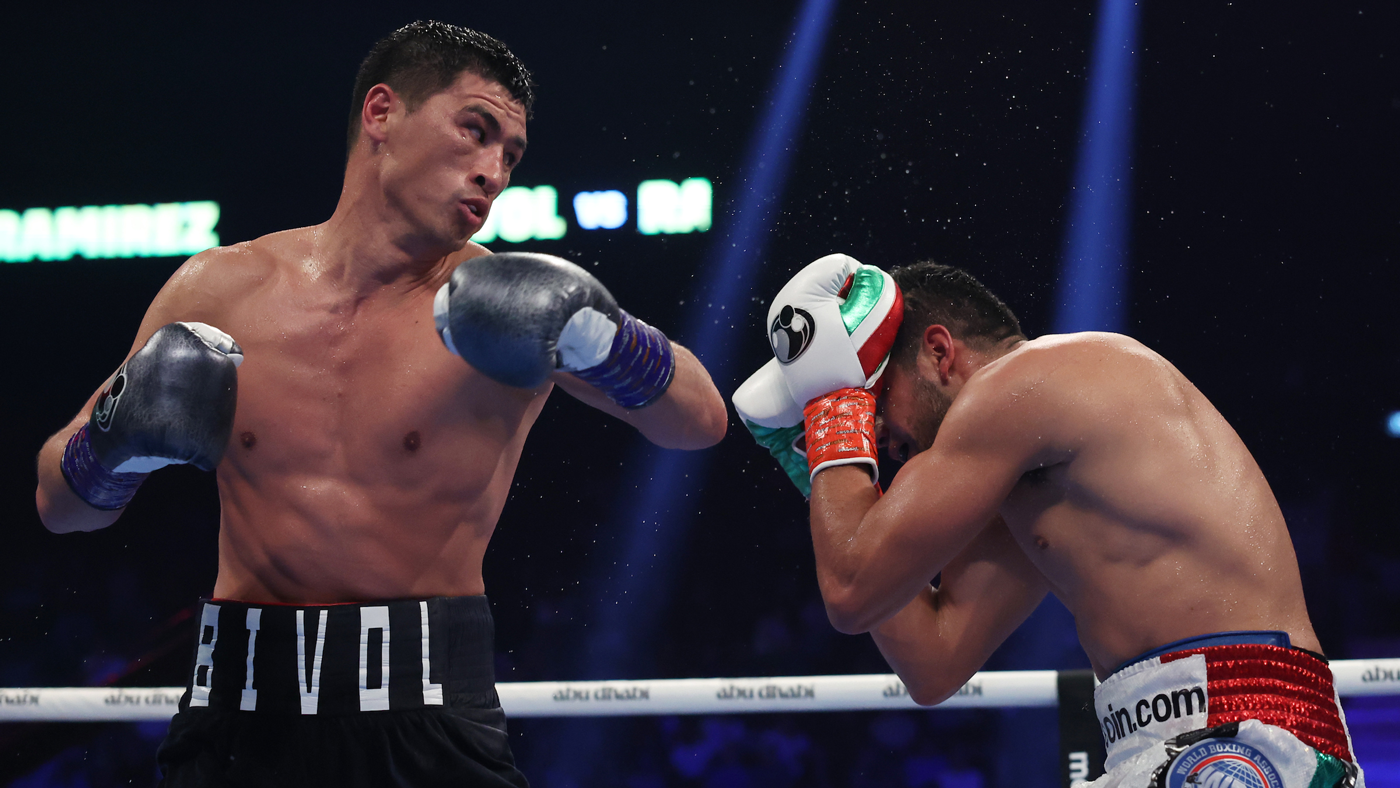 After defeating Saul “Canelo” Alvarez in May, Dmitry Bivol may have locked up Fighter of the Year honors with a dominant win over Gilberto “Zurdo” Ramirez on Saturday in Abu Dhabi. Bivol took a wide decision win to retain his WBA light heavyweight championship.

Throughout his career, Ramirez has found success by being an aggressive fighter who piled on pressure and threw heaps of punches. That aggression was rarely on display against Bivol, with Ramirez rarely letting his hands go, even when Bivol allowed himself to be caught along the ropes. In those moments, it was Bivol who would throw punches and circle away while Ramirez hesitated to engage.

Bivol worked his usual approach, keeping a high and tight defensive shell to pick off incoming shots and working off a crisp jab. Using the jab as a blinding weapon, Bivol would then unload hard right hands that repeatedly connected cleanly to Ramirez’s face.

Ramirez did make an attempt to increase his pressure in the final three rounds, but the slick and efficient game of Bivol allowed the Russian to still get the better of most exchanges. Even in the final round, with Ramirez clearly needing a knockout, it was Bivol who unloaded with flurries that seemed to buzz Ramirez.

“You know, the lion is not the biggest animal in the jungle,” Bivol said after the fight of his ability to force Ramirez to go backward. “But he’s king. Yeah, Zurdo is bigger than me but it doesn’t matter.”

It was a disappointing result for Ramirez, who had long called for a fight with Bivol, sensing he had the recipe to be the first man to defeat Bivol while also winning a world title in the second weight class of his career.

Bivol now sits in an enviable position with seemingly two huge fights in his future. Bivol has made it clear that his top priority is to fight Artur Beterbiev, who holds the WBC, WBO and IBF titles, to crown an undisputed champion at light heavyweight. With Beterbiev seemingly tied up with a planned fight with Anthony Yarde in early 2023, Bivol may instead face Alvarez in a rematch that would provide big financial rewards.

Despite the profile and pay that comes with the Alvarez rematch, Bivol again reiterated his desire to fight Beterbiev as soon as possible.

“I proved myself. I can beat the best guy in the world,” Bivol said. “And now, I beat another guy who doesn’t know what losing is. I have another goal, I want to be undisputed champion. But everything is not up to me. It doesn’t depend only on me who I fight next. We have to agree as a team on which is better for us. But I hope they will listen to me and what I want.”

Asked if he would take the Alvarez rematch if Beterbiev is unavailable until the second half of 2023.

“Of course, but I’m like a kid who has a dream,” Bivol said. “I want to go to this dream. My heart wants it but my brain and my mind understand how things are going. I want to fight for another belt. If I don’t have this chance in four or five months, I will take another fight.”