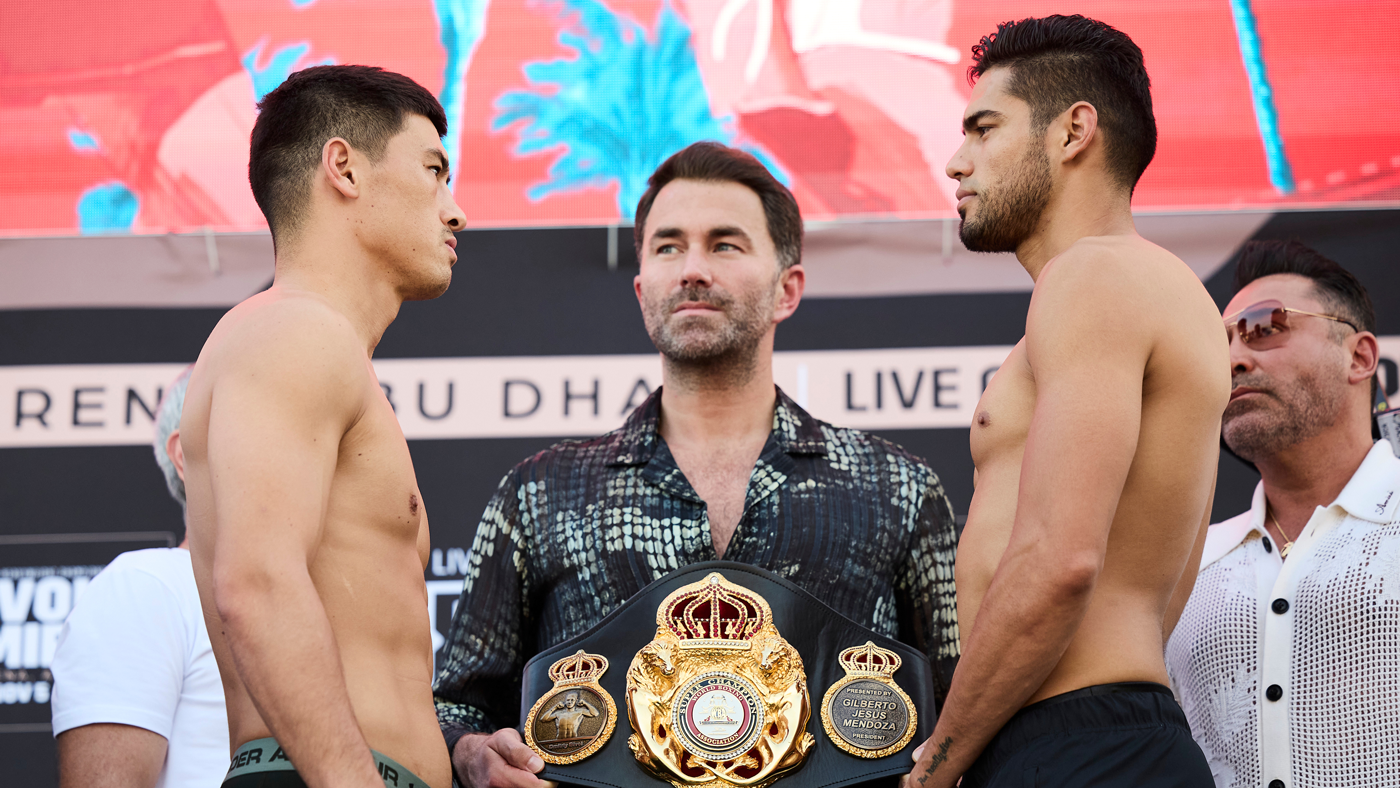 Perhaps no fighter in boxing has had a bigger win in 2022 than Dmitry Bivol. Bivol defeated Saul “Canelo” Alvarez in May, retaining his WBA light heavyweight championship and becoming the first man to defeat Alvarez since Floyd Mayweather Jr. in 2013. On Saturday, Bivol looks to build on the momentum of the Alvarez win when he faces undefeated contender Gilberto “Zurdo” Ramirez in Abu Dhabi (1:30 p.m. ET, DAZN).

Against Alvarez, Bivol (20-0, 11 KO) showed all the skills that have made him one of the best light heavyweights of his era. Working off his solid jab, Bivol kept a high guard and answered nearly every Alvarez punch with crisp combinations. Bivol outlanded Alvarez 152 to 84 while holding Alvarez to just a 17% connect rate on his punches.

Alvarez had a rematch clause in the contract for the fight but instead of initiating it, he chose to return back to super middleweight to defend his undisputed championship against rival Gennadiy Golovkin. While Bivol has his eyes on three-belt light heavyweight champion Artur Beterbiev to determine an undisputed champion, the fight with Ramirez was ordered by the WBA while the oft-injured Beterbiev will be fighting Anthony Yarde in early 2023. Whether the Beterbiev fight comes next for Bivol or he faces Alvarez in a rematch, the next fight in is career will be another major one for the Russian.

Despite an impressive-looking record, Ramirez (44-0, 33 KO) has faced criticism for his level of opposition throughout his career.

In his most recent outing, Ramirez brutalized a badly-overmatched Dominic Boesel in a fight that represented much of the frustration with Ramirez’s career. Ramirez signed with Golden Boy Promotions in early 2021, claiming the move was one aimed at landing a “big fight.” Realistically, Golden Boy didn’t have much depth at 175 pounds to make that fight until the WBA forced the mandatory fight, shooting down Bivol’s attempts to face Joshua Buatsi instead.

Ramirez has looked like a killer since moving up from super middleweight, where he held the WBO title. But it’s a big leap to go from solid but mid-tier fighters like Boesel, Yunieski Gonzalez and Sullivan Barrera to an elite talent like Bivol.

“It was a really good experience for me [switching promoters] and interesting because I tried to go out on my own,” Ramirez told CBS Sports. “But Golden Boy came and gave me a good deal I couldn’t say no to. I’m so glad for that. I’m glad for what we did in the past with Top Rank, too, but right now it’s just so exciting to be in the ring with Dmitry Bivol for a world title.”

Ramirez says he’s ready but Bivol says holding onto the belt is part of his career dream and he’s not willing to look past Saturday’s challenge.

“When people tell me that I have achieved everything it’s like they pour water on my fire,” Bivol said at the pre-fight press conference. “I try to only think about my dream, to realize my full potential. I try to be hungry and angry every time and be focused on training and my opponents. I try to think about how this Saturday night will be the hardest fight of my career. It makes me more focused on the night.”

“Anything he brings, I can do it better,” Ramirez said.

The undercard fills out with more title fights. Chantelle Cameron looks to defend her undisputed super lightweight crown against Jessica McCaskill. Cameron is undefeated at 16-0 with eight knockouts to her name. She has yet to face a major test in her young career, but McCaskill will provide just that. The undisputed welterweight champion enters on a seven-fight win streak as she looks to earn even more gold. McCaskill picked up her biggest wins to date when she beat Cecilla Braekhus twice in 2020 and 2021.

Plus, Shavkatdzhon Rakhimov and Zelfa Barrett are set to throw down for the vacant IBF super featherweight title. Rakhimov is unbeaten in 17 pro fights with one of those fights ending in a draw. He’s also knocked out 13 of his opponents on his rise out of Tajikistan. Barrett, meanwhile, holds a 28-1 record with 16 KOs to his name. Barrett has exclusively fought out of the United Kingdom with the biggest win on his resume coming in a decision over Kiko Martinez in February 2021.

Ramirez has some obvious advantages physically. He will be the bigger man in the ring and that could pay off if he’s able to use it to his advantage. It is Bivol, however, who tends to do the better work off the jab. And, as the Alvarez fight showed, Bivol stays very disciplined defensively, which allows him to work hard with counters.

At times, Ramirez gets loose in his combinations and leaves his chin exposed. Bivol will look to use those moments, when Ramirez lets his hands go with his trademark combinations, to exploit those defensive liabilities.

Ramirez can win this fight. Forget the criticism about his resume, he has shown he has the skills to beat anyone in the world and he is durable enough that Bivol isn’t likely to get a stoppage. Bivol’s consistency may just be too much here. Pick: Dmitry Bivol via UD