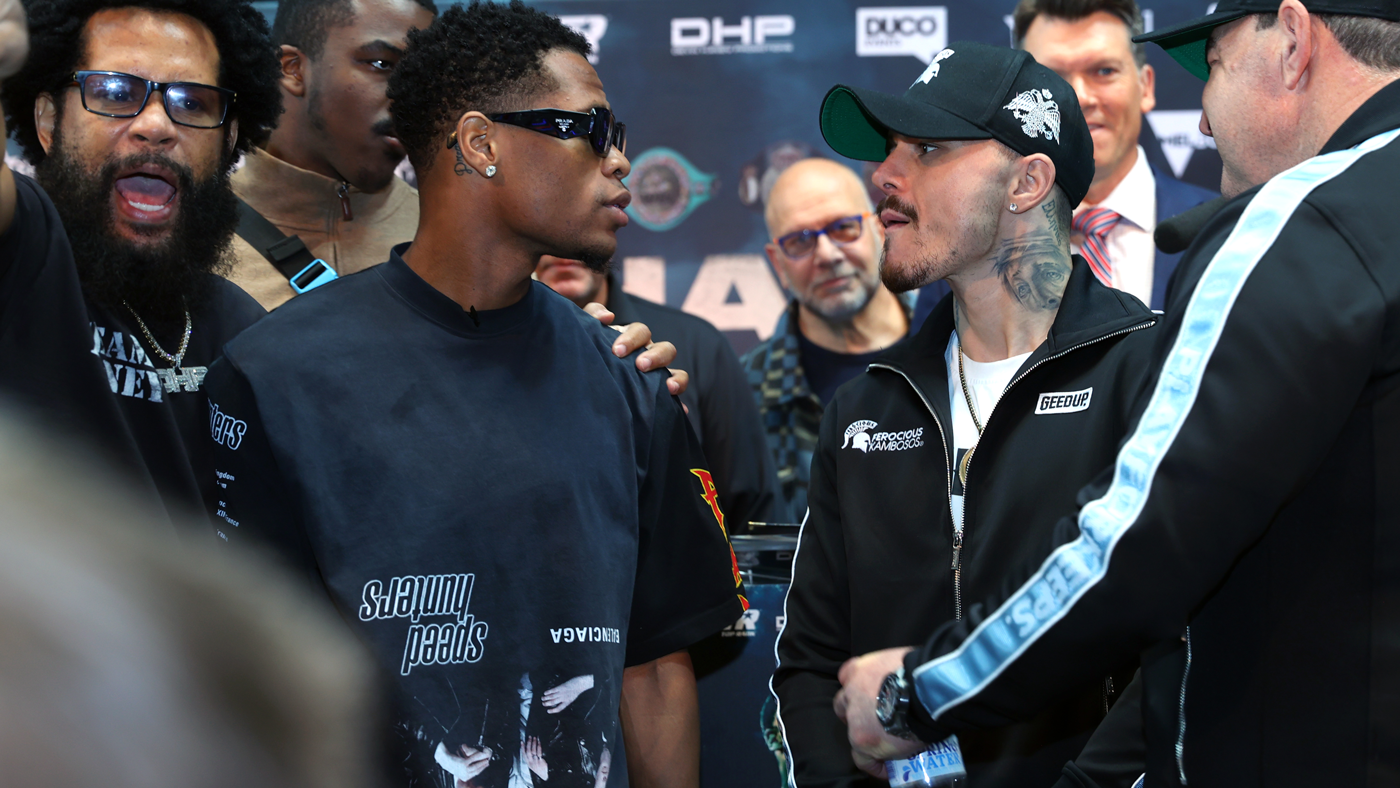 As far as big-money title rematches are concerned, the buzz entering Saturday’s Devin Haney-George Kamobosos Jr. matchup in Australia for the undisputed lightweight championship has been anything but electric.

The 23-year-old Haney (28-0, 15 KOs), one of boxing’s fastest rising stars, easily outpointed the native Australian when the two met in June at Melbourne’s Marvel Stadium to capture all four recognized world titles at 135 pounds. Kambosos (20-1, 10 KOs) activated his contractually mandated automatic rematch to set up this weekend’s second helping, moved nearby to the much smaller Rod Laver Arena (ESPN, 10:30 p.m. ET).

With Haney installed as high as an 8-1 betting favorite to repeat his success against the 29-year-old Kambosos, who was anything but his “Ferocious” nickname inside the ring four months ago, the result of the rematch has felt like a foregone conclusion. Yet this is the same Kambosos who got up off the canvas to outpoint Teofimo Lopez Jr. last year in one of boxing’s most surprising upsets in recent memory.

Can’t get enough boxing and MMA? Get the latest in the world of combat sports from two of the best in the business. Subscribe to Morning Kombat with Luke Thomas and Brian Campbell for the best analysis and in-depth news, including what to watch in a busy weekend for boxing below.

The victory for Haney in their first meeting saw the Las Vegas product, nicknamed “The Dream,” achieve the type of critical pound-for-pound respect his title reign had been lacking up to this point. Haney relied on his sublime timing and technique to keep Kambosos at distance.

What failed to happen in their first meeting was the exact fireworks Kambosos predicted throughout a testy build between the two fighters. Some criticized Kambosos for leaning too hard on the rematch clause and avoiding putting himself in danger to potentially get stopped.

Either way, the two fighters were very cordial toward one another during Wednesday’s “Face Off,” which aired on Fox Sports Australia.

“I shook his hand after the fight and congratulated him like a true champ,” Kambosos said. “He said, ‘thank you for the opportunity and I look forward to seeing you again.’ So I think all that tension [ahead of the first fight] is all finished now. It’s just two champions coming at each other again.

“I’m a true champion and I’m a true competitor. If someone beats me, I’m going to come back. That fire ignites even more. I know my wrongs and I’ve made my changes and I’ll be ready to do my talking in the ring. No one thought I would do anything against Lopez but I did. It’s the unknown. You learn how to manage time as a champion and it was my time to lose and now it’s my time to rise up again.”

There has been a lot of talk throughout fight week about what could potentially be next for Haney in the last of his current three-fight deal with ESPN and promoter Top Rank. He would prefer a showdown with former champion Vasiliy Lomachenko, who returns from a long layoff on Oct. 29, but two-division champion Shakur Stevenson’s decision to move up to lightweight also makes things interesting.

Those big-name fighters won’t be across from Haney on Saturday, however, and he knows any talk about facing them is premature until he handles his business, once again in his opponent’s backyard, against Kambosos. One thing Haney does hope to accomplish is defeating Kambosos even more spectacularly than he did the first time, which could help him come the end-of-year award season.

“I think that I am very much high on that list for fighter of the year,” Haney said. “I think I deserve it with a second win over Kambosos, especially the way that I am going to beat him. I just have to get past him first. We can’t count our eggs before they hatch.

“I’m trying to get better in every attribute: stronger, faster, IQ smarter. I’m trying to become the best me that I can. Everyday I’m working towards that and every day I’m getting better. It will show in the rematch.”

The big question surrounds what Kambosos might try to do differently the second time to take Haney off of his game. It was a topic Kambosos was largely mum about during their faceoff.

“If he can stop me, he might make the pound-for-pound list. I’m looking forward to it and I hope he tries,” Kambosos said. “But it’s a fight, just me and him in there. We did it before and we are about to do it again. Only this one counts now. Your success is only to a point — you have to do it again and again.”

Whether or not Kambosos refused to risk it all during their first meeting in order to keep the rematch a necessary one remains up for debate. But it’s clear he’s going to need to be a more aggressive fighter should he hope to offset the gap he’s facing as far as speed and technique are concerned.

The problem with Kambosos needing to hurt Haney, or at least lure him into a firefight similar to how he did against Lopez, was the fact that Lopez welcomed that style of fight because of the small tear in his esophagus that compromised his breathing. The fact that Lopez ultimately went the distance and rallied to drop Kambosos, and nearly edge him on the scorecards, doesn’t necessarily help his chances of upsetting Haney.

Even worse, the more reckless Kambosos gets, the more it should play into Haney’s carefully crafted web of stiff counter shots. Changing his strategy to an all-out focus on the body might help Kambosos to possibly slow Haney down. But even that leaves him vulnerable to being surgically dissected.

Expect Kambosos to push a faster pace, at the very least. But unless he’s willing to risk it all to land that one big shot that might play a part in altering the momentum, the two fighters are simply too far apart in terms of skill.