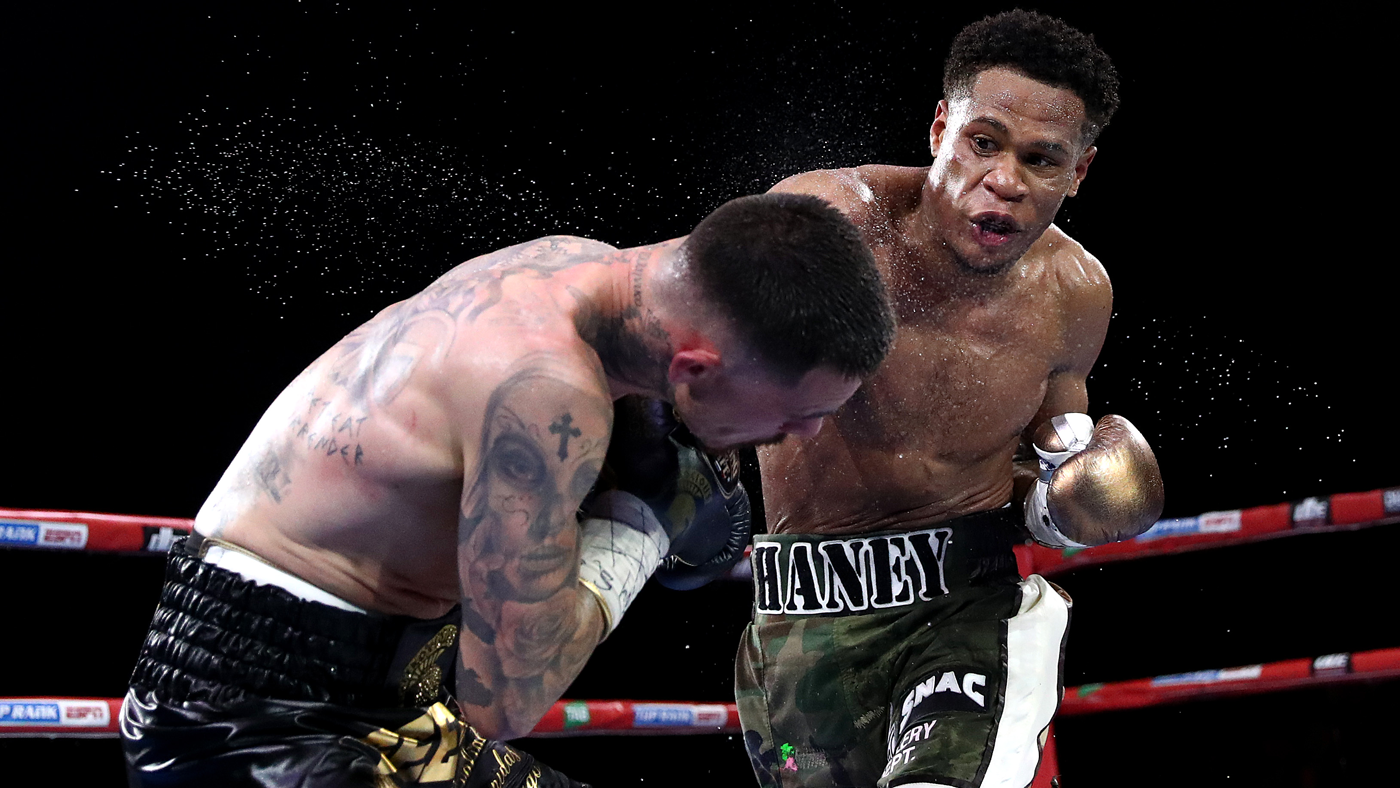 In the early moments of his rematch with undisputed lightweight champion Devin Haney, it appeared George Kambosos Jr. had pieced together an approach that would earn him more success than the first meeting. However, Haney again showed his quality, quickly making adjustments before taking over the fight and battering Kambosos en route to a wide unanimous decision victory.

Rather than trying to box with Haney, a disastrous plan in the first clash between the pair, Kambosos opened the fight with aggression to try and force Haney away from his standard jab-heavy approach. Kambosos also repeatedly switched between an orthodox and southpaw stance in an attempt to disrupt Haney’s timing.

Haney was quick to change up his approach, utilizing footwork and clinches to keep Kambosos from a comfortable range. Once Haney established that distance, he began to easily fire off his signature jab.

As Kambosos found himself stuck in neutral, Haney began to unload with straight right hands, repeatedly snapping back Kambosos’ head and eventually drawing blood with a cut over Kambosos’ eye.

“I knew that he was looking for the jab so we wanted to show some other tools in our arsenal,” Haney said after the fight. “My dad wanted me to throw the hook more, but I think the right hand is what won me the fight tonight.”

Nothing really changed from the early rounds, aside from Haney sitting down on his power shots as he looked to score a stoppage. To his credit, Kambosos survived the onslaught without ever seeming in trouble of being stopped.

After 12 rounds of action, the official scorecards read 119-109, 118-110, 118-110 for Haney, who traveled to Australia to face Kambosos for the second straight fight. In June, Haney scored a decision win to take all four world titles off of Kambosos, who had won the belts with a shocking upset of Teofimo Lopez in November 2021.

The first fight included a rematch clause Kambosos could activate that also required Haney to return to Melbourne.

Despite the home-field advantage, Kambosos struggled to ever put together more than brief moments of success across their 24 rounds of action. In the rematch, Haney outlanded Kambosos 202 to 76 according to ESPN’s unofficial stats.

Haney can now turn his attention elsewhere, which likely means a fight with former unified champion Vasiliy Lomachenko in 2023.