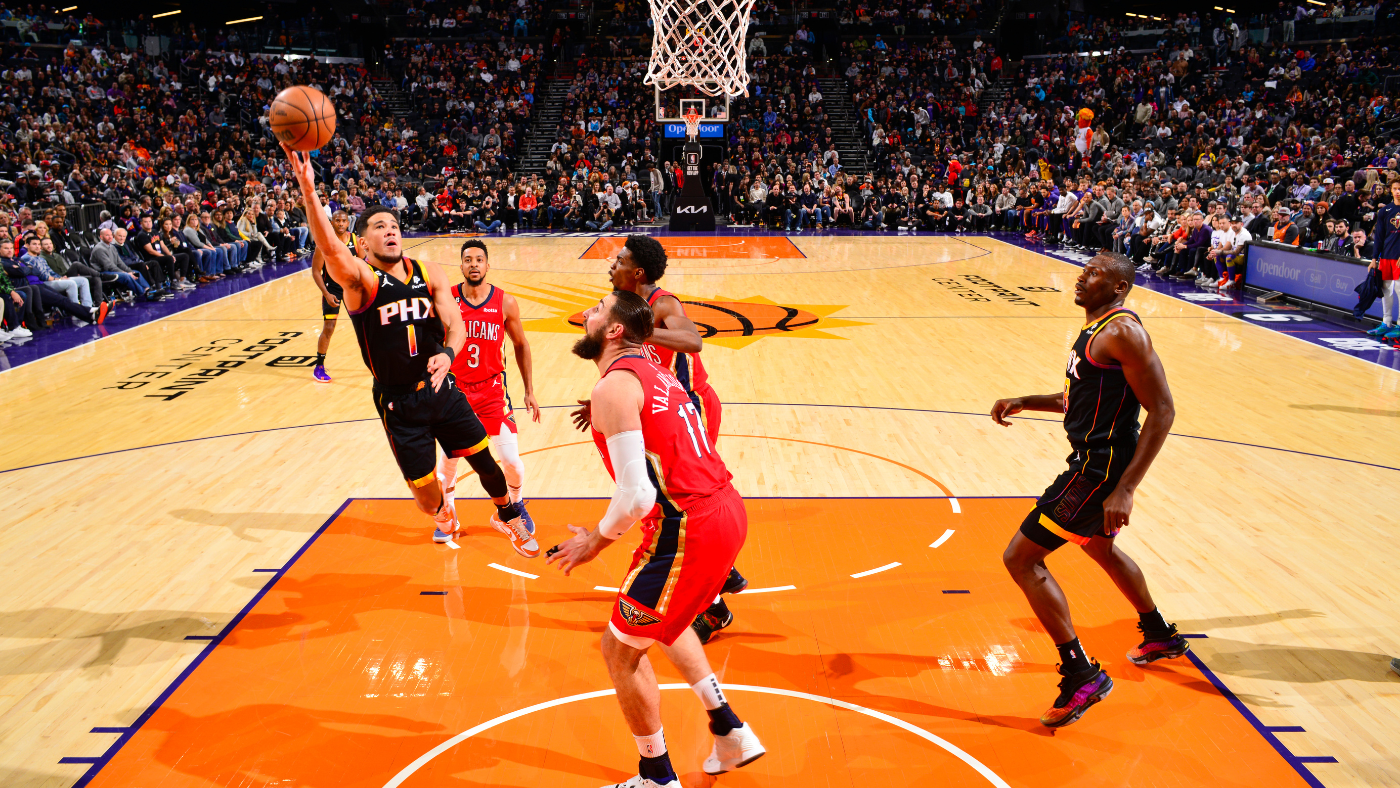 If you turned off the Phoenix Suns game against the New Orleans Pelicans midway through the third quarter Saturday night, I don’t blame you. The Pelicans had built themselves a 24-point lead, and it appeared as though the Suns were showing no signs of life on their home floor. But in turning off the game you missed out on a MVP-level performance from Devin Booker who finished the game with 58 points on 21 of 35 from the field and 6 of 12 from 3-point range, leading Phoenix back to a 118-114 win.

By halftime Booker already had 22 points, and while the Suns were down 17 points after two quarters, the All-Star guard was doing his best to at least give his team a chance. Phoenix then proceeded to mount a comeback out of halftime behind Booker’s efficient shooting, where he put up 20 points in the third quarter on 8 of 12 from the field. By the end of the third, the Suns cut a 24-point lead down to just four with Booker carrying the entirety of his team on his back.

It didn’t matter who the Pelicans put in front of Booker, or what kind of defensive scheme they played on him, he was unstoppable. He was knocking down 3s, working in his lethal mid-range game and even getting to the cup for tough finishes. Even when the Pelicans tried to stick pesky defender Jose Alvarado on Booker it didn’t impact his game, neither did double teaming him.

After the game, Suns head coach Monty Williams echoed the same sentiment that Booker was practically unguardable out there.

“I think the only person that could’ve stopped him from scoring tonight was me, if I had taken him out of the game,” Williams said.

Booker’s 58 was his second 50-point effort this season. The 76ers‘ Joel Embiid, the only other player to reach that plateau twice this season, also owns the NBA‘s top single-game performance, a 59-point night against the Jazz on Nov. 13.

Midway through the fourth quarter Booker completed Phoenix’s comeback, drilling a mid-range, pull-up jumper with 6:26 left in the game to tie the game at 101 and reignite his team for a final stretch run. Though Booker only scored one more point in the last six minutes of the game, his teammates picked up where he left off and finished off the game for him. Chris Paul knocked down a couple 3-pointers, and Phoenix turned up the intensity on defense to force the Pelicans into turnovers and committing costly fouls.

It was a signature performance from one of the best players in the league, and a great example to use for Booker’s case in the MVP race. Despite injuries to key players and Paul starting the season incredibly slow, Booker has led the Suns to a 18-12 record, good for fourth in a tight Western Conference. He’s averaging a career high 5.8 assists, on top of the nearly 27 points a night he’s pouring in, and has had to do a lot of heavy lifting on offense while Phoenix has dealt with changes in its rotation.

We’ve seen Booker turn in performances like the one he had against the Pelicans Saturday night, and it certainly won’t be the last we see even this season. But the fact that he was able to not just put up that point total but do so while leading his team from behind to a win makes it all the more impressive.