Kwasi Kwarteng’s medium-term fiscal plan is in confusion. He told GB News his fiscal plan “will be on the 23rd” of November in an interview on Tuesday.

However, government sources are still saying that they are considering bringing it forward, and on Monday night, there were briefings from the sources close to the leadership that it would be this month.

Liz Truss also said: “We’ve got the date of November 23. This is when we are going to set out the OBR forecast as well as the medium-term fiscal plan.

Andrew Mitchell, the former Tory chief whip, has joined those calling for benefits to be uprated in line with inflation, and not just earnings. He told the World at One:

I didn’t come into politics to make poor people poorer. It seems to me that it will be very strange to have dealt and addressed this issue of terrifying rising costs on the one hand, and then not to maintain the real value of the benefits and support that the poorest in society really needs.

Mitchell also said government whips were currently in discussion with MPs to find out how much support there would be for a decision to uprate benefits just in line with earnings.

Torsten Bell, chief executive of the Resolution Foundation, has posted an interesting thread on Twitter countering arguments that benefits should only be uprated in line with earnings, not inflation. It starts here.

And this is his conclusion.

This is from Pat McFadden, the shadow chief secretary to the Treasury, responding to Liz Truss refusing twice in a Sky News interview to say she trusts Kwasi Kwarteng. (See 12.09pm.) McFadden said:

The fact that the prime minister can’t even say she trusts her chancellor tells you all you need to know about the architects of the economic chaos into which they have plunged the country.

Instead of disowning the problem and blaming one another they must put the country first and abandon their discredited trickle-down approach.

Tory MPs “staged a coup” against the prime minister over the 45p tax rate, Suella Braverman has said.

Ultimately I’m very disappointed that members of our own party staged a coup, effectively, against the prime minister.

She added that former minister Michael Gove “got it wrong”, saying it was “incumbent on him to try and corral support” for Liz Truss and he should have raised his concerns “in private”.

I’m very disappointed to say the least by how some of our colleagues have behaved.

Kwasi Kwarteng’s medium-term fiscal plan is in confusion. He told GB News his fiscal plan “will be on the 23rd” of November in an interview on Tuesday.

However, government sources are still saying that they are considering bringing it forward, and on Monday night, there were briefings from the sources close to the leadership that it would be this month.

Liz Truss also said: “We’ve got the date of November 23. This is when we are going to set out the OBR forecast as well as the medium-term fiscal plan.

Michael Gove, the former education secretary, has said free school meals could be extended to all families on universal credit for just £500m.

I think it needs to be stressed that interventions by the state at critical moments in order to improve the welfare of all its citizens are not socialists. Conservative care about the community and care about public health interventions, he told an Onward panel on school food and poverty.

It seems to me this is a more than worthwhile intervention considering some of the other police choices in front of us.

Iain Duncan Smith has said it would be wrong for the government not to increase benefits in line with inflation.

In a warning to Liz Truss’s government as she considers increasing the value of universal credit benefits from April by less than the rate of inflation for September this year, he said putting more money in lower-income households’ pockets would help grow the economy.

“If you do want growth the group that is most likely to spend the money that you give to them is the group we’re talking about [lower-income households].”

“If you want the economy to grow… the money you give to people through their benefits will end up almost certainly back in the economy in double quick time. So there is a positive to this.”

Duncan Smith said he resigned in 2016 because he believed the government had “lost the plot” on the balance between support for working people and those out of a job, and that it would be best for the government to look at support for households in the round.

The former Conservative leader said the government needed to provide extra support for those in the most difficult circumstances during the cost of living crisis, and that it made little sense to offer a real-terms cut in the value of support for the poorest.

The chief executive of Shell has said governments may need to tax energy companies further to fund efforts to protect the “poorest” people from soaring bills.

Ben van Beurden, the outgoing boss of the oil and gas company, told an energy conference in London: “One way or another there needs to be government intervention. Protecting the poorest, that probably may then mean that governments need to tax people in this room to pay for it.

“I think we just have to accept as a society – it can be done smartly and not so smartly. There is a discussion to be had about it but I think it’s inevitable.”

Last week EU ministers agreed to tap windfall profits of companies and redirect them to customers and businesses as part of an initial energy package. The EU executive hopes to raise €140bn (£121bn) through the levies. The bloc also set a goal to reduce power consumption.

Tory members have been using a meeting with their party’s chairman to vent their frustration at MPs affecting their local campaigning efforts.

One Conservative member told Jake Berry they are “sick and tired” of having to answer questions about MPs’ actions while canvassing for local votes.

Another said that “what was going on down in London” – hinting at the scandals which brought down Boris Johnson’s government – had turned a previously safe seat in their area into a marginal one.

At a Conservative party conference fringe event where members were able to meet the new party chairman, Woking borough councillor Melanie Whitehand said: “I am sick and tired, when we go around canvassing, every time what gets pulled up is what is happening in government.”

“Although we say local issues for local politics, it absolutely gets drowned out by whatever the MPs are doing in the chamber.”
She added that MPs were “selfish” and “not paying mind” to the Tory party members who helped get them elected.”

Berry replied that “every member of parliament should be canvassing regularly with their council team”, as he does.

He said: “I don’t have to rely on my council colleagues coming to me and saying: ‘Do me a favour, will you? Just shut up in Westminster and will you let us get on with winning our local election’, because I hear it directly from the voters.” 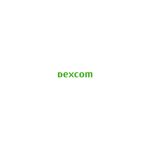 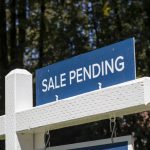