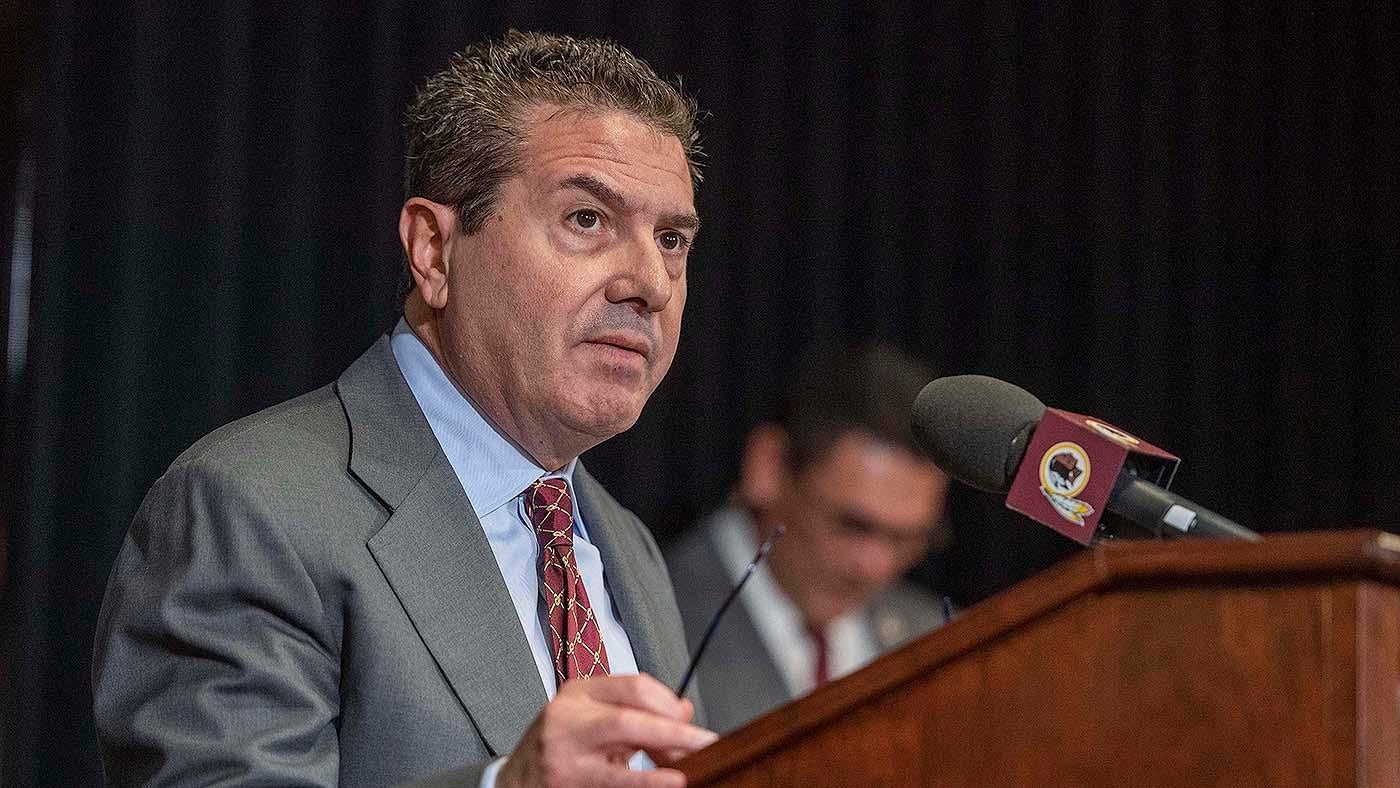 After finishing its investigation into the Washington Commanders for workplace misconduct last year, the NFL handed out an unprecedented punishment. Not only did the league fine the organization an NFL-record $10 million, but owner Dan Snyder also agreed to relinquish day-to-day control of team operations.

Although Snyder agreed to the punishment as part of a deal with Roger Goodell, it appears he hasn’t exactly been holding up his end of the bargain. According to a damning story from ESPN that was published on Thursday, Snyder has been defiant on a number of issues, including his punishment.

One key part of the story notes that the Carson Wentz trade only happened because Snyder pushed for it, even though due to his punishment he was supposed to have had zero say in any personnel moves, let alone one of the biggest trades of the offseason.

The Wentz trade went down on March 9 and if Snyder was involved, not only did he openly defy the NFL‘s punishment, but he did the work so secretly that Goodell wasn’t even aware of it. Twenty days after the trade, the NFL commissioner was asked if Snyder had been complying with his punishment and Goodell seemed to believe that the answer to that question was yes.

“Dan Snyder has not been involved in day-to-day operations,” Goodell said on March 29, via PFT. “Don’t believe he’s been in the facility at all, and when we continue to have league matters, Tanya has represented the team as the CEO both on a day-to-day basis, but also here and that will continue for at least the foreseeable future, but Dan and I will talk about that at some point.”

If the ESPN story is correct, then Snyder violated the terms of his punishment by pushing the trade through in open defiance of the commissioner. However, the Commanders have denied that portion of the story. According to coach Ron Rivera, the move to get Wentz was spearheaded by him.

“Prior to the start of free agency, I went to Dan and Tanya’s home and told them Carson Wentz was one of the quarterbacks at the top of our list, and as always, the Snyders were supportive of our vision for building this roster,” Rivera said.

Even that statement doesn’t necessarily clear things up, though. If Snyder isn’t allowed to be involved in team operations, then he probably shouldn’t be meeting with Rivera about key personnel decisions.

Snyder has somehow been able to stay on as owner despite dealing with multiple controversies throughout his rocky tenure, which started when he bought the team in 1999. Not only has he dealt with the workplace misconduct investigation that led to his punishment, but he’s also been accused of sexual harassment and the team has been accused of financial improprieties.

The NFL owners could vote to ouster Snyder, but they haven’t done that yet despite all the allegations. According to the ESPN story, one reason Snyder is still around is because the Commanders owner believes he has enough “dirt” on Goodell and other owners that would allow him to “blow up” the NFL, and because of that, the league’s 31 other owners have been reluctant to vote him out (Snyder could be forced out if 24 of the NFL’s other 31 owners voted to make that happen).

Among the other allegations in the story:

The Commanders have also released a statement saying that the ESPN story is mostly untrue.

“It’s hard to imagine a piece that is more categorically untrue, and is clearly part of a well-funded, two-year misinformation campaign to coerce the sale of the team, which will continue to be unsuccessful,” the team said.

If Snyder is going to be ousted, it definitely won’t be happening anytime soon. The NFL’s 32 owners will be holding their fall league meeting next week in New York (Oct. 18-19) and CBSSports.com NFL Insider Jonathan Jones has reported that there’s nothing on the docket involving a possible vote to remove Snyder.