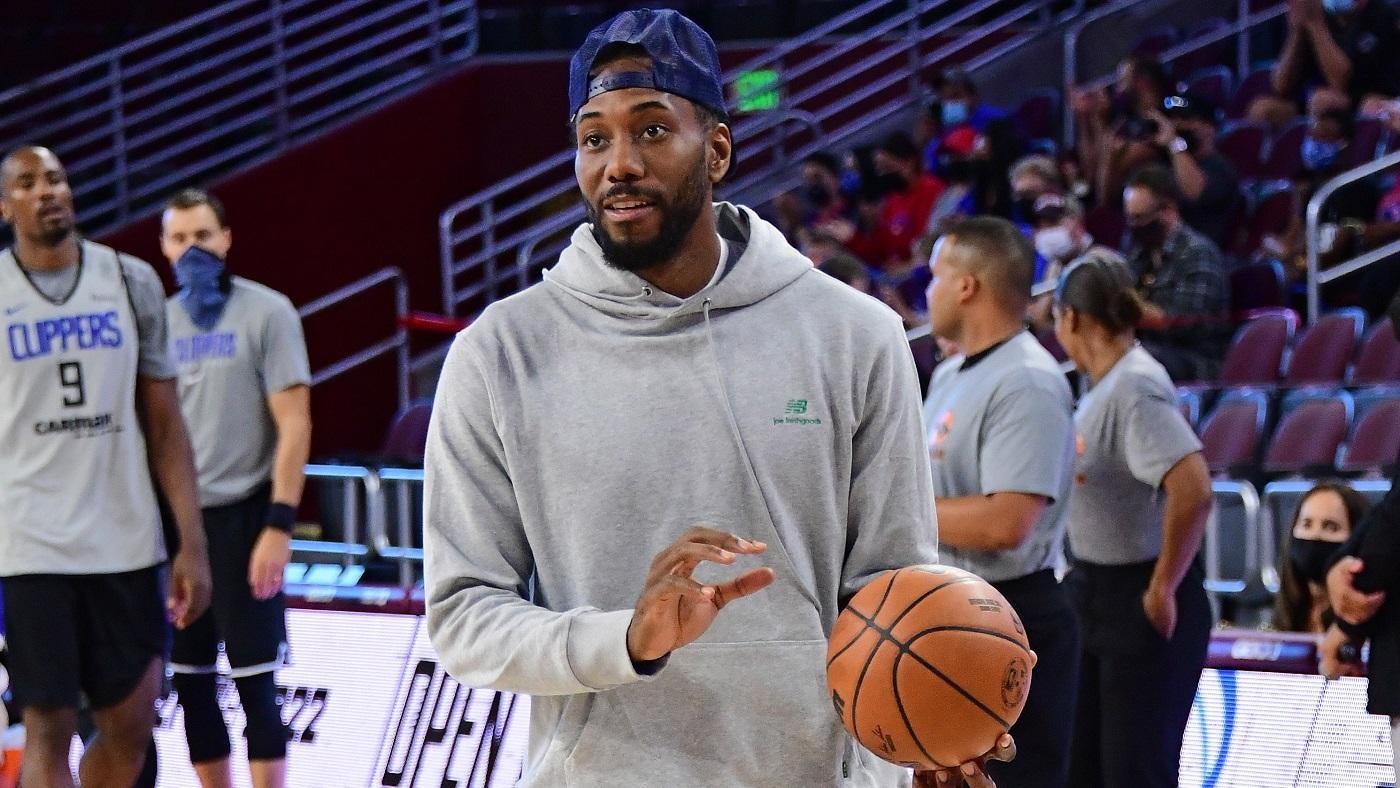 Los Angeles Clippers star Kawhi Leonard is on track to make his return to the court on Monday night in a preseason contest against the Portland Trail Blazers. Prior to the team’s opening preseason game against Israeli side Maccabi Ra’anana in Seattle on Friday, Clippers head coach Ty Lue told reporters, “Kawhi will play Monday.”

Leonard, who sat out of that game along with a number of other starters, has not played since the second round of the 2021 playoffs, when he tore his ACL in Game 4 against the Utah Jazz. While that was the first full season he has missed in his career, the torn ACL was the latest in a series of issues for Leonard who has not managed to play more than 60 games in a season since 2017.

Now, the question is whether he can regain his elite form after such an extended layoff. At the very least, it’s clear he’s used the time off to hit the gym. Photos on social media showed his legs looking particularly muscular, and Leonard said he feels much stronger heading into the season.

“I feel stronger, yeah,” Leonard said during media day. I feel stronger for sure. It’s been, what, 14, 15 months of no basketball — well, playing in an NBA season for me, no basketball. That whole 13, 14-month process is just lifting, lifting weights and getting stronger. But I definitely got a lot stronger.”

Lue, for one, has been impressed, telling reporters after practice earlier this week, “[Leonard] looked really good. Went through everything in both practices.” Still, the Clippers are going to play it safe with their star man given his long layoff and injury history.

“We’ve got to be smart about the situation, about the process,” Lue said on media day. “We know he feels great, which is great news and great to hear. But we’ve got to listen to Kawhi’s body, be able to listen to the medical staff and make sure we’re doing the right thing for Kawhi.”

Despite not having Leonard and Paul George being limited to 31 games, the Clippers finished eighth in the Western Conference last season at 42-40. They were eliminated by the New Orleans Pelicans in the play-in tournament, however, in large part due to George’s absence. With those two stars back healthy this season, the Clippers have hopes of making some noise at the top of the West, and possibly competing for a championship.