Hundreds of thousands of children get less than an hour of outdoor exercise a week and are glued to YouTube and computer games, our shock research finds

By Stephen Adams for The Mail on Sunday

Hundreds of thousands of children are getting less than an hour’s exercise a week outside of school, according to shocking research carried out for The Mail on Sunday.

Instead, they are gorging themselves on YouTube and computer games, with half of ten and 11-year-olds spending more time glued to screens than playing outside.

Last night, experts said healthy playtime habits that had persisted for generations had been left ‘utterly broken’ by a toxic combination of addictive mobile phones and pandemic-era restrictions. 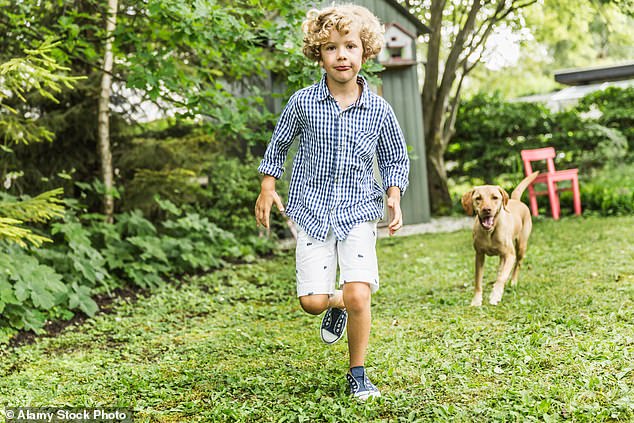 Hundreds of thousands of children are getting less than an hour’s exercise a week outside of school. File Image: a boy runs in the garden with a dog

The findings of our exclusive poll of 1,010 parents, conducted by IpsosMori, come at a time when almost four in ten children are now overweight or obese by the time they leave primary school