CHATHAM COUNTY, Ga. (WTOC) – Representatives from the Coastal Empire say a lot of the focus in the year ahead will be on building around 2022′s big economic boom.

The group came together with local business leaders for the Savannah Area Chamber of Commerce’s annual Eggs and Issues Breakfast. WTOC caught up with three of the people representing our area in the upcoming legislative session, who all say the coming year is about our area’s expanding opportunities.

“Georgia’s people are what powers Georgia’s businesses and so, I think that’s a big part of the story here,” State Rep. Elect Anne Westbrook said.

Powering a business boom like the Coastal Empire has never seen before.

“We’ve got so much that all of a sudden is happening in Chatham County, Coastal Georgia, with the ports, of course the explosion of Hyundai coming here is going to be a game changer – 5 times larger than anything we’ve ever done,” State Rep. Ron Stephens said.

And to pull it off, Chatham County’s elected leaders say they’re taking a short list full of tall orders with them to Atlanta in January.

“What do folks in Georgia need to thrive? They need affordable housing. They need health care. They need to be able to get to these great jobs in this booming labor market,” Westbrook said.

“We have a public transportation trust fund and we need to get more of those dollars out of Atlanta back to Savannah to benefit our transit system. As you know, we got the Hyundai plant coming. We’re going to need to expand public transportation to get people connected to jobs,” State Sen. Elect Derek Mallow said.

Getting connected in one of the state’s fastest growing areas. The growth right next to Chatham County in Bryan County means Georgia’s Coastal Delegation is expanding this year, something one 25-year veteran of the General Assembly says won’t change what the group is known for under the Gold Dome.

“We’ll have three senators now instead of two, but we’ll still have 6 of us in the House, evenly split, Democrats and Republicans, which is a very good thing. And I got to tell you after all these 25 years, we always work together. That’s something that Chatham County has been known for and Coastal Georgia quite honestly, and our issues are so much different than Atlanta and other parts of the state,” Stephens said.

Lawmakers have just over a month before they return to Atlanta. The new session starts on Jan. 9. 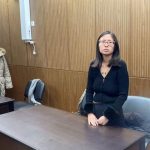