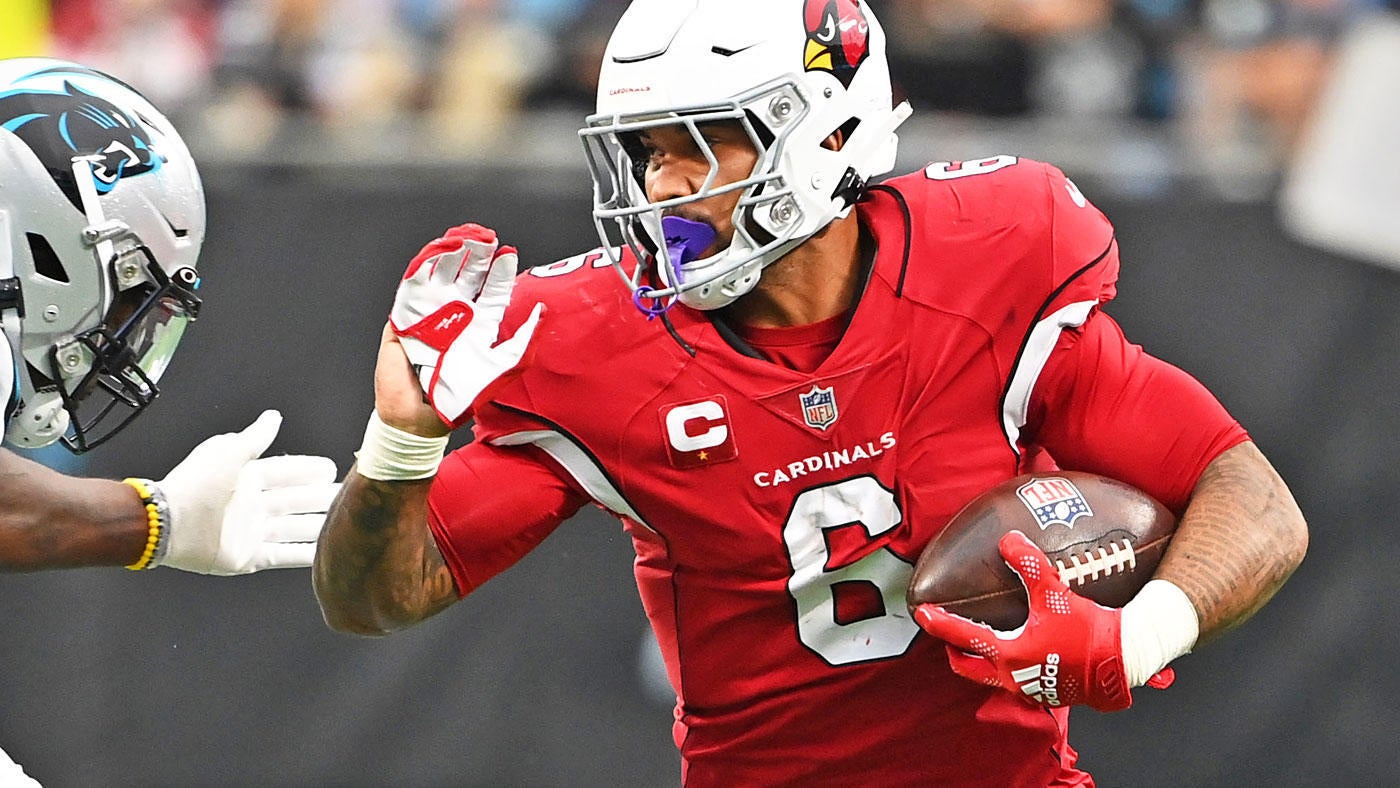 The Arizona Cardinals will try to climb back into the NFC West race in NFL Week 11 when they take on the division-rival San Francisco 49ers on Monday Night Football. The game at Estadio Azteca is a rematch of the first NFL game outside the United States, when the Cardinals beat San Francisco 31-14 in the same Mexico City stadium in 2005. The NFL International Series began in 2007, and this will be the fifth NFL in Mexico game. Colt McCoy led the Week 10 victory in place of starting quarterback Kyler Murray (questionable, hamstring) and could be called on again this week.

Kickoff is set for 8:15 p.m. ET. San Francisco is a 10-point favorite in the latest Cardinals vs. 49ers odds from Caesars Sportsbook, and the Over/Under for total points scored is 43. Before you lock in any 49ers vs. Cardinals picks or NFL Week 11 bets, you have to check out the NFL predictions from the SportsLine Projection Model.

Now, the model has broken down Monday night’s 49ers vs. Cardinals matchup. You can head to SportsLine to see the picks. Here are some betting lines and trends for Cardinals vs. 49ers:

Why the 49ers can cover

The 49ers are 3-0 against the spread in division games this season and have the NFL’s best defense in terms of total yardage. They allow 281 yards per game and yield 18 points per contest (fourth). They also get after the quarterback, posting 29 sacks, fifth-most in the NFL. Nick Bosa is tied for second with 9.5 and leads the NFL with 24 quarterback hits. Arizona’s quarterbacks have been taken down 27 times, so the pressure will be on all night.

Arizona’s offense is 13th in scoring (23 points) and 19th in yards (334), while they yield almost 358 yards (23rd) and 26 points (30th). Running back Christian McCaffrey has 226 total yards and three TDs in the past two games, and quarterback Jimmy Garoppolo has plenty of elite options in the passing game. Deebo Samuel (576 total yards), Brandon Aiyuk (567 receiving) and George Kittle (29 catches) should find seams in a Cardinals defense that allows 247 passing yards per game (23rd). See which team to pick here.

Why the Cardinals can cover

Cardinals coach Kliff Kingsbury has been excellent in his career as an underdog. The fourth-year coach is 18-6-2 against the spread (75%) as an underdog of three or more points. Rondale Moore (41 receptions) is a strong option for whomever is at quarterback, and running back James Conner has 314 rushing yards and three TDs in seven games. The Cardinals have the edge in the turnover department this season, as they are plus-five in turnover margin, while the 49ers are minus-three.

Safety Budda Baker, who is playing through an ankle injury, had a critical interception in last week’s victory. The Cardinals have a top-10 run defense, so they should force the game into Garoppolo’s hands, which could lead to some mistakes. See which team to pick here.

How to make Cardinals vs. 49ers picks

The model has broken down Monday Night Football’s Cardinals vs. 49ers matchup from all angles. It is leaning Under the total, with the model suggesting turnovers could derail the offenses. The model also has a strong against the spread pick, saying one side cashes well over 50 percent of the time. You can only get the picks at SportsLine.