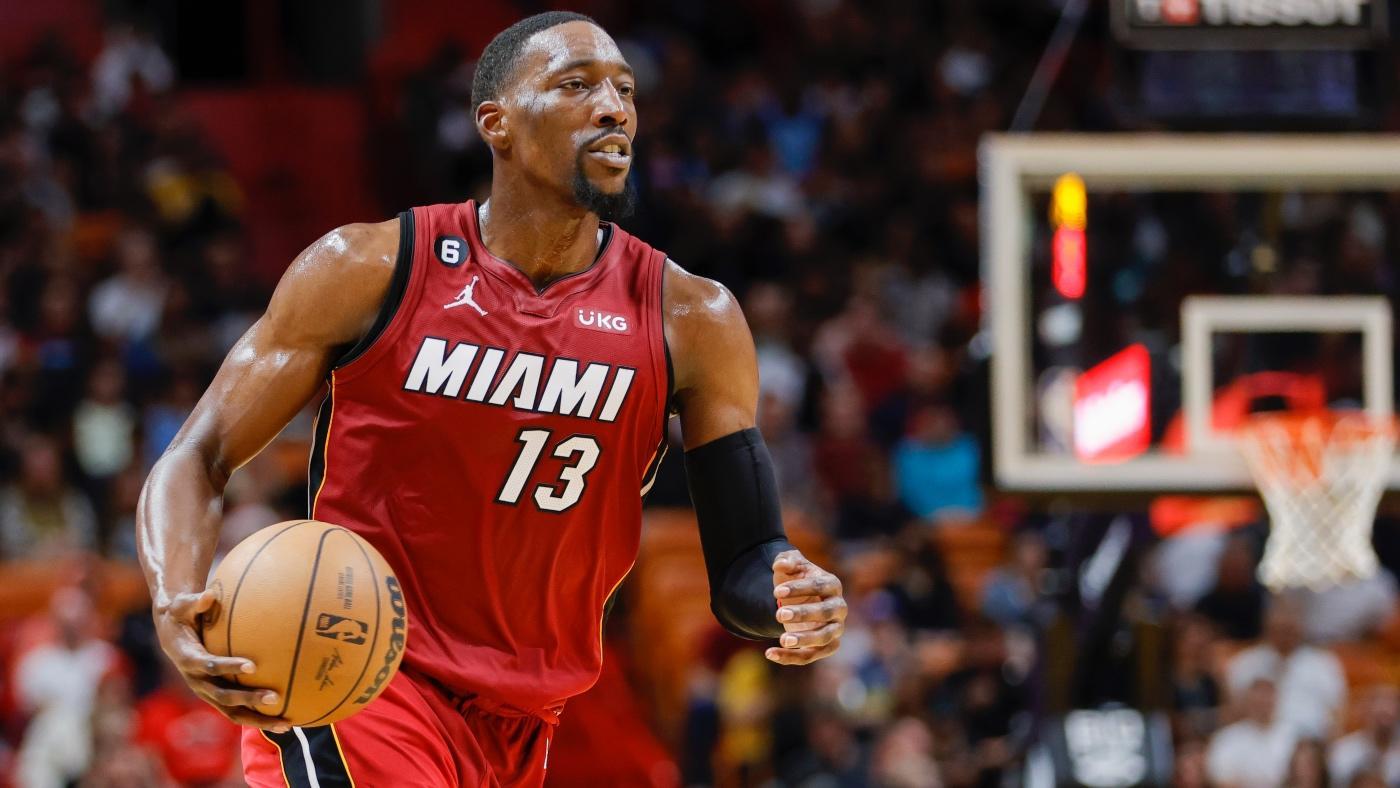 The eyes of the NBA world will be fixed on Miami on Saturday afternoon. The Miami Heat welcome the Milwaukee Bucks to town for a nationally televised matchup, and the game is a rematch of Miami’s 108-102 win over Milwaukee in the same building on Thursday. The Heat are 23-20 overall and 13-9 at home this season, and the Bucks bring a 27-15 record into the matchup. Giannis Antetokounmpo (knee) is questionable for Milwaukee, with Khris Middleton (knee) ruled out. Kyle Lowry (knee) and Tyler Herro (Achilles) are out for Miami.

The Heat are listed as 5-point favorites, and tip-off is scheduled for 1 p.m. ET. The total number of points Vegas thinks will be scored, or the over/under, is 212 in the latest Bucks vs. Heat odds. Before you make any NBA predictions with the Heat vs. Bucks match-up, be sure to check out the NBA predictions and betting advice from the proven computer model at SportsLine.

The SportsLine Projection Model simulates every NBA game 10,000 times and has returned well over $10,000 in profit for $100 players on its top-rated NBA picks over the past four-plus seasons. The model enters Week 13 of the 2022-23 NBA season on a stunning 43-19 roll on all top-rated NBA picks this season, returning more than $2,100. Anyone following it has seen huge returns.

Now, the model has set its sights on Bucks vs. Heat and just locked in its picks and NBA predictions. You can head to SportsLine now to see the model’s picks. Here are several NBA odds and betting lines for Heat vs. Bucks:

Why the Bucks can cover

Milwaukee uses its size to generate second-chance opportunities on offense. The Bucks are securing more than 30% of their missed shots, ranking in the top 10 of the NBA in offensive rebound rate, and Milwaukee is also a top-10 team with 15.2 second-chance points per game. From there, the Bucks are tremendous on defense with a championship pedigree and impressive discipline.

Milwaukee gives up only 1.09 points per possession, a top-three mark in the league, and the Bucks are holding opponents to 45.1% shooting. That includes 51.4% on 2-point attempts and 34.1% on 3-point attempts, and Milwaukee walls off the rim without fouling. The Bucks are giving up only 21.0 free throw attempts per game, and Milwaukee is also in the top three of the league in assists allowed (22.8 per game) and defensive rebound rate, grabbing 74.1% of available rebounds after forcing a missed shot.

Why the Heat can cover

Miami’s ball security provides a strong baseline. The Heat are No. 6 in the NBA in turnovers, committing only 13.5 giveaways per game, and Milwaukee is dead-last in the league in turnover creation on defense with only 12.2 takeaways per game. On the defensive end, Miami is excellent, with the Heat ranking in the top quartile of the league and allowing only 111.1 points per 100 possessions.

Miami leads the NBA in points allowed in the paint (44.6 per game), and the Heat are in the top three in free throw prevention (20.9 attempts per game), turnovers created (16.5 per game), and steals (8.4 per game). The Heat are in the top 10 of the NBA in defensive rebound rate (72.7%) and second-chance points allowed (12.9 per game), with a top-three mark in fast break prevention. Milwaukee is in the bottom five of the league in field goal percentage and free throw percentage on offense.

How to make Bucks vs. Heat picks

SportsLine’s model is leaning Over on the total, with eight players projected to score at least 12 points. The model also says one side of the spread has all of the value. You can only see the model’s picks at SportsLine.

So who wins Heat vs. Bucks? And which side of the spread has all of the value? Visit SportsLine now to find out which side of the Bucks vs. Heat spread you need to jump on Saturday, all from the model that has crushed its NBA picks, and find out.