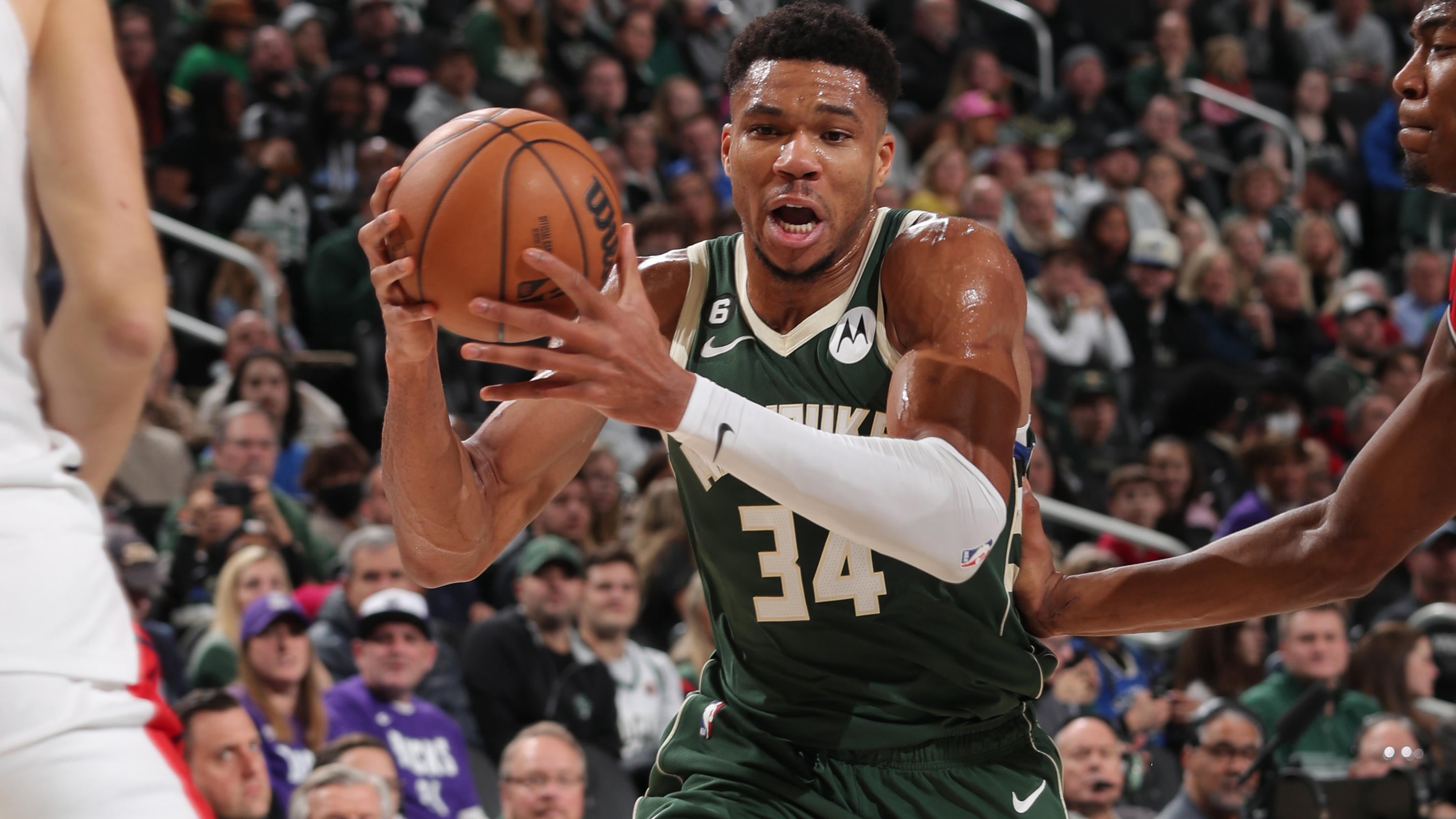 MILWAUKEE — Up behind one of the baskets at Fiserv Forum, nestled into the very top of the lower bowl, sits the Jockey Crew, the Milwaukee Bucks‘ superfan section. One of their favorite chants, “Can’t stop Giannis!” has rung around the arena countless times over the years, but rarely has it been as apt as it was on Tuesday night.

The two-time MVP continued his hunt for a third such award with another stunning performance in the Bucks’ 123-113 win over the Washington Wizards: a career-high 55 points on 20-of-33 from the field and 15-of-16 from the free-throw line, 10 rebounds and seven assists.

“Hard to come up with all the words to describe him,” Bucks coach Mike Budenholzer said. “Incredibly special tonight.”

Brook Lopez had the same struggle as his coach. “I’m gonna have to use foreign languages,” Lopez said. “I don’t really know any Greek, I haven’t picked up any in the five years. I have heard Thanasis [Antetokounmpo] say ‘bravo.’ I suppose he deserves a bravo, right? I mean, gee whiz, he’s been on a whole other level. He’s been carrying us.”

This was the third consecutive 40-point outing for Antetokounmpo, which is not only a career-best streak but ties the franchise record. He’s had at least 10 rebounds in all three outings as well, to become just the third player since the NBA/ABA merger in 1976-77 to have three consecutive 40-10 games. That comes days after he joined Wilt Chamberlain and Elgin Baylor on Dec. 30 as the third player in NBA history to have back-to-back 40-point, 20-rebound, 5-assist games. Over these three games, Antetokounmpo is averaging 47.7 points, 17.3 rebounds and 6.3 assists on 53.7 percent shooting.

As is often the case, Antetokounmpo did the majority of his work in the paint. The Wizards once again deployed their new two-big line-up of Kristaps Porzingis and Daniel Gafford, but it looked at times like they were playing all guards. No one in red and white was any match for Antetokounmpo’s aggressiveness; he shot 18-of-24 in the restricted area and got to the line for 16 free throws.

“It’s been very impressive just to see how he’s been finishing,” Lopez said. “He’s had tough finishes that aren’t just normal layups, like he has guys laying into him. His last bucket tonight, I can’t remember which Wizards player it was, it was some guard and he was just going full court. He was getting hammered the whole way down, there was nothing that guy could do… Giannis was just on a mission and he’s been that way this whole stretch.”

There were several times when Antetokounmpo bullied whichever Wizards player tried to get in his way. That head-down, charge-the-lane-at-all-costs style is one of the rare criticisms against the loveable star, with even some fellow players questioning if it’s actually basketball.

Power, though, is just one aspect of his game. “There’s a lot of guys in the league that are tall, can run, can jump, and can dunk, and they’re not scoring 55 points,” Grayson Allen said. Antetokounmpo showed plenty of finesse on Tuesday, using an array of spin moves, step-throughs, and Eurosteps to find his way to the rim. Out on the fastbreak in the first half, he even threw down a windmill slam that was reminiscent of his early days in the league.

Yet on a night where he made 20 field goals for only the second time in his career, his most exciting play came on a miss. Late in the fourth quarter, he crossed over, used a screen from Pat Connaughton to get some separation, and took off from the dotted circle in the paint. It seemed ambitious, even for one of the most athletic players in the league, but Antetokounmpo was mere centimeters away from pulling off the dunk of the year.

His teammates called it their favorite play of the night, and Antetokounmpo claimed he actually jumped too high to finish the dunk.

“I got too excited,” Antetokounmpo said. “My significant other, she’s telling me they don’t post you on House of Highlights anymore because you don’t dunk the ball. You don’t get as high as the young fellas. I said, ‘Yeah, it’s not the same. I’ve been here for a decade now. The legs are gone, I don’t have legs to get that high.’ Today I tried to get that high. But I had the windmill, so I hope that satisfied her. But I really wanted to finish that dunk.”

Frustration over the missed dunk aside, it was a successful night for both Antetokounmpo and the Bucks. Winning has always been the top priority for both parties, but they haven’t been doing much of it as of late; entering the game, they had lost five of their last six and were coming off a 23-point defeat to the Wizards on Jan. 1 with the entire big three of Antetokounmpo, Khris Middleton and Jrue Holiday out.

On a personal level, Antetokounmpo got to have his career night in front of the home crowd in Milwaukee, a city that has watched him grow up, become a two-time MVP and deliver a championship for the first time in 50 years.