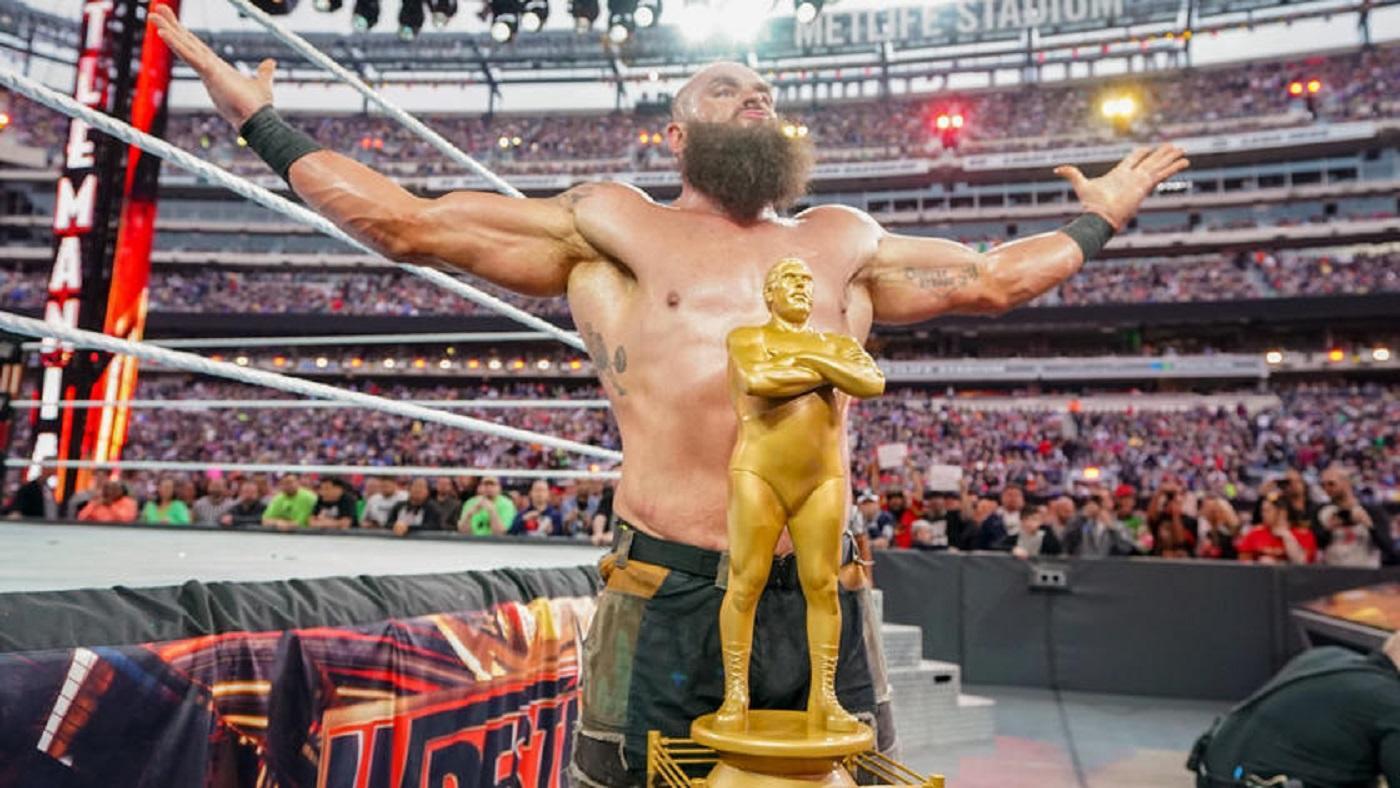 Giants were once the apex predators in the jungles of WWE, but evolution has made way for smaller and more dynamic beasts. There will always be space for someone of Braun Strowman’s size and strength. Still, he must develop and showcase the full spectrum of his skills to thrive.

The image of a WWE superstar has shrunk over the decades. Where Hulk Hogan, Andre the Giant, The Undertaker and Yokozuna once reigned, it is no longer unusual to see the likes of AJ Styles, Kofi Kingston and Seth Rollins as world champions. Even undisputed WWE universal champion Roman Reigns, despite his reasonably large frame, sports a more athletic build. In an ever-changing landscape, it is Strowman’s mission to carry the torch of his gargantuan forefathers.

“Andre the Giant is sports entertainment,” Strowman told CBS Sports ahead of Saturday’s “Tribute to the Troops” special. “He is the reason why this industry is what it is. It’s world-renowned as a global entity. When you talk about WWE, you cannot mention this company without saying Andre the Giant.

“So from him to the Big Show to Kane to Undertaker to Mark Henry to all these other giant men that have come and gone in this business, I’m one of the very last few of a dying breed of these dinosaurs, as I like to call it. So in my mind, I’m carrying on a tradition and a legacy that is fading.”

Check out the full interview with Braun Strowman below.

WWE’s most legendary big men have endured because of their ranges as performers. The Undertaker tweaked his character over the years between “The Deadman” and “The American Badass.” The nightmarish Kane was presented as “The Devil’s Favorite Demon,” but he and Daniel Bryan are fondly remembered for their tag team couple’s therapy sessions. The Big Show is certainly imposing, but he is equally entertaining in comedies such as “Jingle All the Way” and “The Waterboy.”

“The stereotype of being this bigger guy is that I’ve had things handed to me in life or that I Fee-Fi-Fo-Fum my way through life, grinding up people’s kids to make my bread,” Strowman said. “There’s more to it than that. I look like this big, imposing, scary monster, but at the end of the day, I’m a passionate, caring, loving, articulate human being. I want to be able to not only portray the monster side of things, but I want to show the world that there is more than meets the eye. Don’t judge a book by its cover.”

Strowman has a few tricks up his sleeve. Do not be surprised if the 6-foot-8, 385-pounder hits a moonsault off the top rope.

“I can do one, not a problem,” Strowman said. “It’s not a matter of being able to do one, it’s a matter of doing it at the right time.”