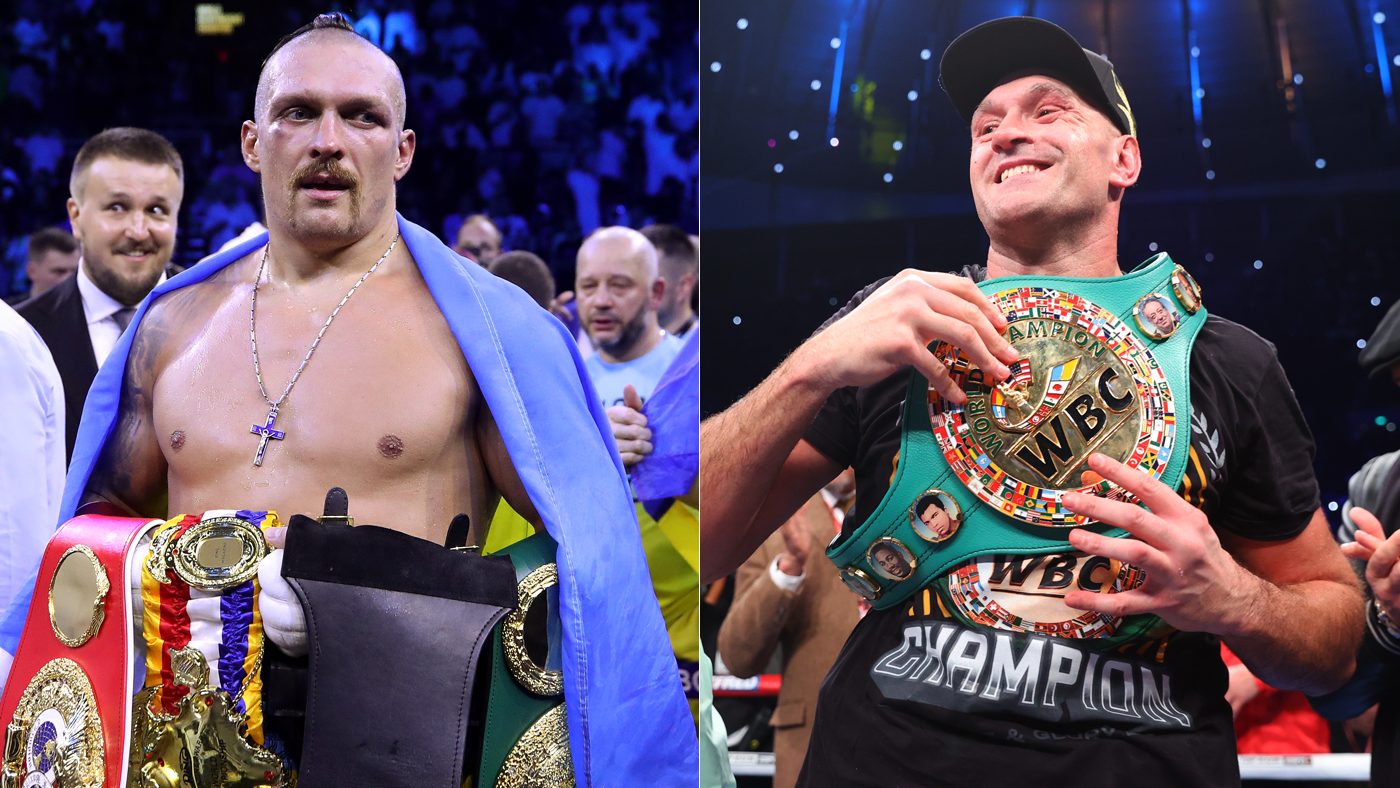 While rumors of its ongoing demise are as predictable as death and taxes, boxing closed out yet another strong year globally in 2022 leaving no shortage of must-see fights for the year ahead.

Along with the recent trend of undisputed championship fights, the sport has also seen more of a willingness of late for promoters, networks and young fighters on opposite sides of the political divide to work together in order to ensure the biggest events can be made.

Just in time for the holiday gift-giving season, here are the top five fights we most hope to see in boxing as the new year approaches.

This four-belt welterweight showdown between unbeaten champions and future all-time greats has been a stalwart on lists like this dating back five years. The fallout of this superfight not being made this fall undoubtedly hurt the overall interest level as Crawford chose to accept a stay-busy fight for big money against David Avanesyan, forcing fans to choose sides in the debate of which pound-for-pound ranked star chose to duck the other. The good news is that the fight is still possible in 2023, even with threats from Spence that he’s considering a move up to 154 pounds. Crawford is 35 and Spence turns 33 in March, which means it’s now or never for this fight to matter as much as it could historically and to the legacies of both fighters. As far as styles go, this is the perfect matchup and one that would crown the top welterweight of this era. Time, however, is running out.

News of this pair of unbeaten lightweights agreeing to face off in April, provided Davis first passes the test of Hector Luis Garcia on Jan. 7, only renewed hope that big fights can be made between big stars who work for opposite promoters and networks if the fighters themselves push for it. Both are still operating in the midst of their early physical primes, which makes the proposition of matching them together now so enticing. For whatever advantages Davis holds in experience and power, Garcia’s speed and size will undoubtedly give him pause. And a knockout is just about guaranteed considering the styles and intentions of both. For a sport that so regularly struggles to attract young, crossover audiences for its biggest events, Davis-Garcia is the outlier of all outliers. Each boxer brings with them their own vibrant fanbases with no shortage of celebrity crossover. Expect fireworks in this matchup that transcends the sport.

Not since Anthony Joshua got up from the canvas to finish former champion Wladimir Klitschko in 2017 did boxing’s marquee division produce a fight this historically significant. But the prospect of two unbeaten champions squaring off for the title of best in show within this renaissance era of the heavyweight division has boxing fans chomping at the bit. Usyk, the first four-belt undisputed cruiserweight champion, has an opportunity to double down on his legacy should he do the same at heavyweight following a pair of upset decision wins over Joshua for his trio of titles. Fury, the WBC champion, brings the fourth belt and the threat of catapulting into the top 10 of heavyweight history with a win by adding Usyk to a growing resume that also features wins over Klitschko, Deontay Wilder (twice) and Dillian Whyte. Both are also the only heavyweights alive who could beat the other, which makes the potential of how their styles might clash so intriguing. Usyk, a southpaw, is as pure of boxer as the division has seen in decades while Fury, at 6-foot-9 with freakishly long arms and uncommon speed, remains the unicorn that all of history’s champions must be compared to. This is type of dream fight that demands the 100,000-seat stadium treatment.

Haney, the unbeaten and undisputed lightweight champion, is likely headed toward a 2023 showdown with former P4P king Vasiliy Lomachenko, which could’ve just as easily landed a home on this list of best fights to make. But an eventual showdown against Stevenson, the Olympic silver medalist and two-division champion, is becoming more likely now that Stevenson has moved up to lightweight and both are fighting under the same promotional banner. From a pure boxing standpoint, few fights are better on paper than this one, with the potential for the winner to secure the mythical title of best in the sport. And like Davis-Garcia, they are both young enough for even the potential of this fight in 2023 to create that old-school feel that events like Sugar Ray Leonard-Thomas Hearns once did. Haney, 24, might be the most complete young boxer in the game not named Jaron “Boots” Ennis. The 25-year-old Stevenson, meanwhile, is a southpaw so technically gifted that he has drawn comparisons to a young Floyd Mayweather.

Consider it a great indicator of how healthy boxing is from the standpoint of potential superfights that this is the fourth undisputed championship bout between unbeaten opponents on this list alone. Skill versus skill, an argument could be made that this is also the best fight of the group. Bivol, the WBA champion, is fresh off a Fighter of the Year campaign that saw him unseat Canelo Alvarez from the P4P throne before dominating Gilberto “Zurdo” Ramirez to hand him his first defeat in 45 fights. Beterbiev, meanwhile, captured his third 175-pound title in a June unification knockout of Joe Smith Jr. to extend his daunting record to 18-0 (18 KOs). Beterbiev is 37 and must first get past mandatory challenger Anthony Yarde in January. The two champions are also not aligned when it comes to network and promoter, which is a gap that must be bridged. But both fighters appear to want the chance at history just as much as the fans do.