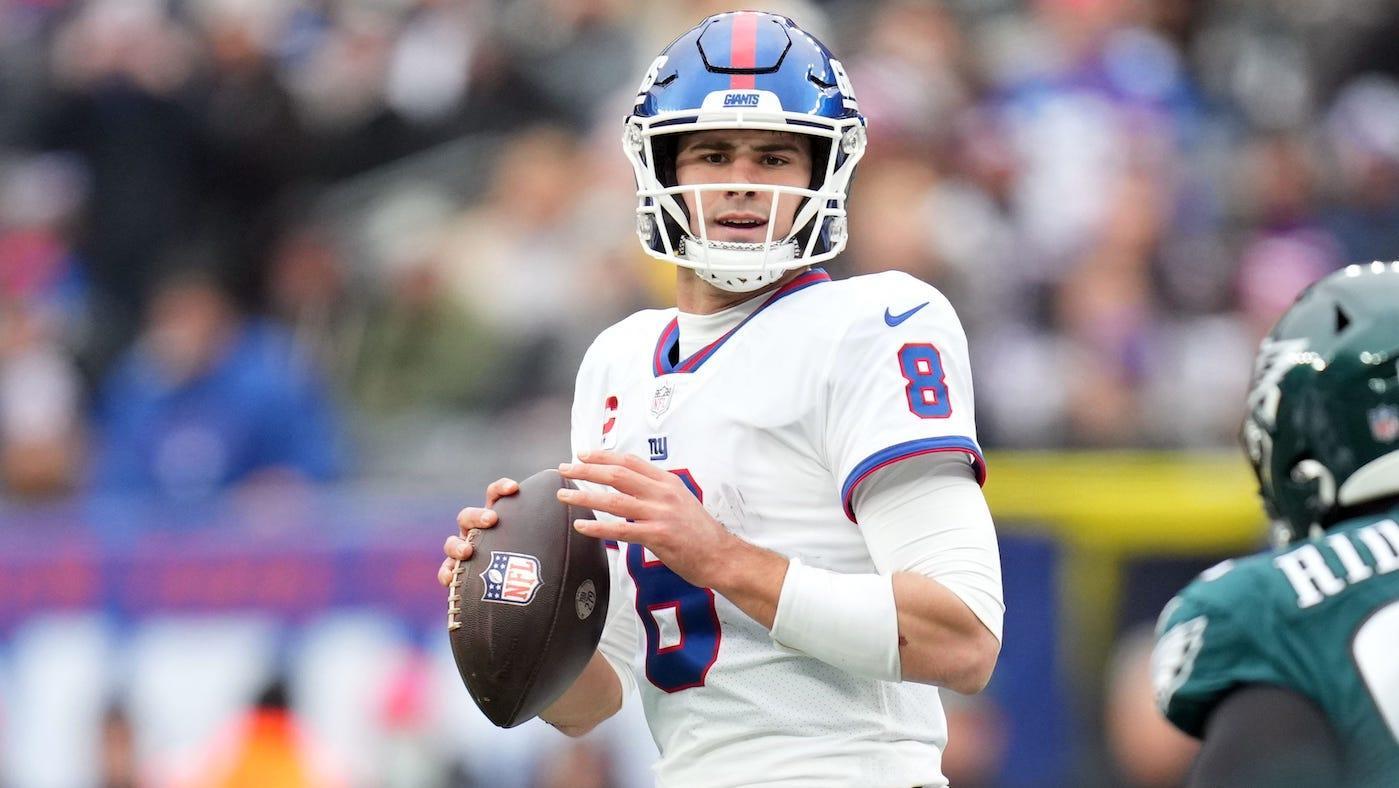 The NFL regular season is upon us, but the outlook for each team is not equal.

Theoretically, every team is a contender until proven otherwise. However, Caesars Sportsbook does a good job of breaking down which teams have the best odds of winning the Super Bowl. In NFL media, teams considered to be non-contenders are under-represented until NFL Draft season rolls around. Positives are achievable for those teams even if they fall short of the ultimate goal.

CBSSports.com explores the best-case scenario for teams with +10000 or worse odds, according to Caesars Sportsbook. Six of the teams in last year’s version found themselves back on this year’s list. Only the Raiders, Bengals and Eagles graduated.

New York has already made the decision to decline Daniel Jones‘ fifth-year option, making him a free agent after the season. With first-year head coach Brian Daboll, the Giants would benefit by getting some clarity on Jones’ future within the organization. Has poor coaching and instability contributed to his struggles? And will Daboll be able to elevate his play to a new level? If not, the franchise can move on next offseason with a clear conscience.

Otherwise, the hope is that the draft selections of Oregon edge rusher Kayvon Thibodeaux and Alabama offensive tackle Evan Neal prove to be building blocks in the trenches for many years. New York, as a team, should be closer to picking in the teens than No. 1 overall.

There are questions regarding whether or not the objectives of ownership align with the goals of head coach Matt Rhule. The addition of veteran quarterback Baker Mayfield provides the franchise with better play this season, but it is likely that it reaches the same conclusion Cleveland came to this offseason; it needs an upgrade to reach the ultimate goal of winning the Super Bowl. In the meantime, will Mayfield do too much for the Panthers to be in a position to draft one of the top quarterback prospects next April?

The best-case scenario for Carolina is that the defensive collection of cornerback Jaycee Horn, defensive tackle Derrick Brown, safety/linebacker Jeremy Chinn, edge rusher Brian Burns and others take the next step while Mayfield is able to offer offensive stability.

The players in the Motor City seem to be buying into what head coach Dan Campbell is preaching. It is really difficult to hold a team’s attention when on-field results do not match expectations, but Campbell has done just that heading into Year 2. Jared Goff has been fine for the Lions, but he has not played to a level warranting a $30+ million salary cap hit each of the next two seasons. In an ideal world, Detroit would show some growth as a team while being in a position to take a quarterback early next April. The selection of a top quarterback prospect would allow them to reset the salary cap clock while potentially raising the ceiling at the position.

Anything would be an improvement over what happened in Duval County a year ago. The hire of head coach Doug Pederson was a step in the right direction because he will provide stability to the organization. Trevor Lawrence playing at a level that validates the use of the No. 1 overall selection is the best outcome, though. He has a skillset capable of maximizing the talent around him and yet it was stifled in 2021. If the head coach and quarterback are on the same page, then the organization will be in a much healthier position moving forward.

The icing on the cake would be No. 1 overall selection Travon Walker establishing himself as a viable threat opposite Josh Allen.

Some head coaches are able to create structure and accountability despite an insufficient amount of talent on the roster. The situation in Chicago is not what it is always going to be, and that hope is what motivates the Bears right now. Head coach Matt Eberflus has commanded the team’s respect to this point. If they are able to ride the waves, then a sunset awaits on the other side. The hope would be that Justin Fields rides that wave with them. The upcoming season should provide some clarity on the Ohio State product. Chicago may be in a position to pick early, and the Giants no longer hold its first-round pick.

In addition to information gathering on Fields, the Bears would ideally find a few building blocks along that offensive line while all of the resources devoted to the secondary — cornerbacks Jaylon Johnson, Kyler Gordon and safety Jaquan Brisker — gel together.

The Jets’ 2022 NFL Draft class was almost unanimously praised. They added four players in the top 40: cornerback Sauce Gardner, wide receiver Garrett Wilson, edge rusher Jermaine Johnson II and running back Breece Hall. Despite the excitement of introducing those players to the NFL, the upcoming season will be defined by the progress shown by second-year quarterback Zach Wilson. If questions about Wilson’s future linger, then it could cost the team multiple years of the anticipated rookie class’ contracts at a reasonable rate. New York needs to take that next step and win six-plus games.

Best-case scenario for Seattle entails the team finishing the season with one of the worst records in the NFL and being in a position to take one of the top quarterback prospects in the 2023 NFL Draft. The lack of interest in upgrading the quarterback position this offseason leads me to believe that has been the plan since trading Russell Wilson to Denver. The selection of a quarterback and another top prospect via Denver could expedite a rebuild under the direction of head coach Pete Carroll. In the meantime, getting strong play from offensive tackles Abraham Lucas and Charles Cross, as well as cornerbacks Tariq Woolen and Coby Bryant, would be a delicious appetizer.

Veteran quarterback Marcus Mariota is well-traveled, and there is little more for teams to see of the former No. 2 overall selection. Third-round selection Desmond Ridder is almost certain to get some playing time this season. However, it is unlikely that he is capable of doing enough in such a small sample size to dissuade the team from taking a quarterback early in the 2023 NFL Draft.

Off the field, a resolution in Calvin Ridley’s case would allow the team and player to move forward and leave the past behind. Tight end Kyle Pitts and wide receiver Drake London could develop into one of the more feared pass-catching duos in the NFC South.

Houston owns a second first-round selection in the 2023 NFL Draft from the Browns as part of the Deshaun Watson trade. Best-case scenario for the Texans includes Cleveland struggling this season and returning a top-10 overall selection to the Lone Star State. If the franchise is in a position to draft top 3 next April, it is going to take a quarterback regardless of what Davis Mills is able to accomplish this season.

As an organization, it is in such an odd position after employing four head coaches, including interim Romeo Crennel, over the past three years. David Culley was fired after one season, and it felt as though the team was destined to hire Brian Flores. When that did not come to fruition, the coaching search became very messy and unpredictable. Firing Lovie Smith after one season would be a bad look, but it is difficult to envision him being a mainstay in Houston.