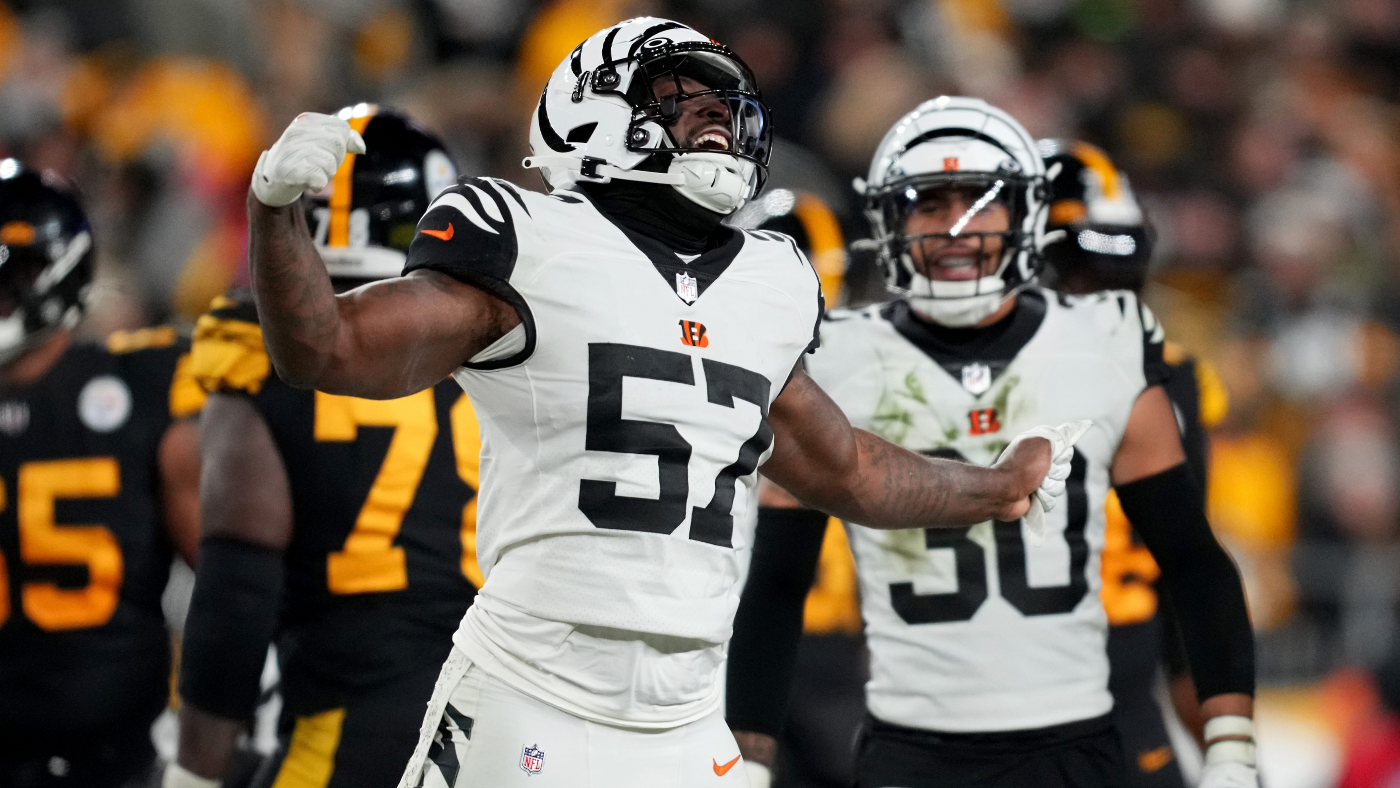 PITTSBURGH — Germaine Pratt wasn’t trying to create a headline when asked about the Bengals‘ defensive success during the second half of Sunday’s 37-30 win over the Steelers. Cincinnati’s middle linebacker was just being honest.

After giving up 212 total yards in the first half, Pratt and his teammates held the Steelers offense to just 139 yards in the second half. Many of those occurred after the Bengals took a double-digit lead with less than five minutes left.

“Just settling down,” Pratt told CBS Sports when asked about the difference between halves. “It was us giving them plays. We knew what they were going to do. They like to do the same plays over and over.”

The last sentence surely won’t go over well in Pittsburgh. Matt Canada has been heavily scrutinized during his second season as the Steelers offensive coordinator. Whether it’s the simplicity of Canada’s offense, or the fact that Pittsburgh is playing a rookie quarterback in first-round pick Kenny Pickett, the results haven’t been desirable, even on a night where the offense put 30 points on the scoreboard.

“It’s something you need to look at the tape and see what our tendencies are,” Pickett said when asked about whether or not the Steelers offense has become predictable. “We’ve got to go out there and execute whatever is called.”

One thing that can’t be debated is the lack of involvement from anyone other than Najee Harris, George Pickens and Pat Freiermuth. Harris had another solid game, rushing for 90 yards and two touchdowns on 20 carries. Pickens and Freiermuth caught a combined 12 passes for 162 yards and a score. Conversely, Diontae Johnson, a Pro Bowler last year who signed an extension this summer, caught just four passes for 21 yards. Johnson has still yet to reach the end zone this season.

“He’s a great receiver. He really didn’t get too many targets,” Bengals cornerback Eli Apple said. “It kind of turned into a [Pickens] game, and Freiermuth too. We just wanted to disguise stuff more in the coverages and in the back end and try to confuse him.”

While the offense needs diversity, Canada can’t control the self-inflicted wounds that plagued Pittsburgh’s offense during a critical moment in the second half. Down 27-23 early in the fourth quarter, the Steelers got the ball at the Bengals’ 47-yard line. Instead of capitalizing on the good field position, holding and illegal man downfield penalties ended the drive before it could get going.

Amid the negativity, there were positives to glean from the loss. Pittsburgh’s offensive line played well against one of the NFL‘s best defensive fronts, led by Sam Hubbard and Trey Hendrickson. Harris had his second straight game with at least 90 rushing yards, while Pickens continues to justify the Steelers’ decision to trade Chase Claypool to Chicago for a second-round pick before the trade deadline.

And in Pickett, it looks like the Steelers have a quarterback who will continue to compete regardless of the circumstance. That was the case late in Sunday’s game, when most of the paid crowed of 66,401 fans had left the stadium. Pickett nevertheless led the Steelers on a late scoring drive that was capped off by Harris’ second score of the night.

“I thought he did great today,” Bengals quarterback Joe Burrow said of Pickett. “He can build off of that momentum that he showed today. He’s got some young guys around him that he can build some chemistry with. I think he did a great job today. I told him after the game to continue to build off of this one.”

While some fans may have kept hope alive, Sunday’s game reinforced the fact that the rest of the Steelers’ 2022 season is about setting themselves up for the future while trying to win games in the present. On Sunday, Pittsburgh stood toe to toe with Cincinnati for 30 minutes before giving way to a superior team that is fighting to defend its AFC title. It was a loss on the scoreboard, but the game should serve as valuable growth for Pickett and many of his younger teammates who hope to end up on the right side of future games like this one.

“Yeah, no one is happy, man,” Pickett said on the Steelers’ collective postgame mindset. “Obviously no one wants to be in this situation. We’re going to stick together and get back on track.”