Bangladesh on Saturday asked Myanmar to exercise restraint as tensions escalated in frontiers over the use of artillery guns along the borders by its forces which killed a Rohingya child and wounded several others in the past several days.


Bangladesh does want war, home minister Asaduzzaman Khan Kamal told reporters here when asked for comments on the Myanmar security forces actions on the borders, frightening both Bangladeshis and Rohingyas who took refuge in makeshift camps in the neighbourhood.


Kamal said Bangladesh would inform the United Nations if Myanmar does not end the firing near the Bangladesh border as “we have repeatedly warned Myanmar through the Ministry of Foreign Affairs, but they did not heed the warnings”.


He said Bangladesh wanted to resolve issues with Myanmar peacefully and expected the neighbour to realise their mistake and refrain from doing anything in future that impedes bilateral relations.


“As we do not want conflict, our efforts are underway to find a peaceful solution with Myanmar. We will do everything, Kamal said, attributing Myanmar actions to its internal conflicts with rebel groups like the Arakan Liberation Army.


“Sometimes a good relationship was seen between Myanmar and the Arakan Army, sometimes it turned into war, for reasons unknown to us. But definitely their war should remain within their boundaries,” he said.


Kamal said Dhaka was observing that Myanmar forces were engaged in near identical conflicts with their own rebel groups in India’s Mizoram borders and frontiers with Thailand and China but conflicts in their country (Myanmar) should remain within their borders.


He said Border Guard Bangladesh (BGB) is keeping a strict vigil on the situation on the frontier with Myanmar to prevent influx of people from the neighbouring country.


“Our Prime Minister (Sheikh Hasina) never wants war, we want a peaceful solution. Let their internal conflict keep within their boundaries. We are always protesting what is happening in our soil from outside,” he said.


The minister’s comments came a day after one teenage Rohingya boy died and six people, including a Rohingya child, sustained critical injuries in firing and mortar shelling from across the Myanmar border in Gumdhum area of Bangladesh’s southeastern Bandarban district on Friday.


On the same day, a Bangladeshi youth was injured and lost one of his legs in a landmine explosion along the Headmanpara border area.


Reports from the borders said Bangladeshis as well as Rohingyas, who fled their homeland in the Rakhine state on the other side of the frontier to take refuge in Bangladesh were passing days in fear in view of indiscriminate gunfire while bullets and mortar shells often continued to land inside Bangladesh.


Officials said BGB stepped up patrols and surveillance ever since two unexploded mortar shells from Myanmar landed in Bangladesh territory on August 28.


The Ministry of Foreign Affairs has already summoned the Myanmar envoy to Dhaka thrice over the issue.


Bangladesh currently offers refuge to over 1.1 million Rohingyas as a ruthless Myanmar military cleansing campaign in August 2017 forced their influx to the country.


Dhaka earlier said it hoped that repatriation of the Rohingya would start later this year, but experts said the clashes between the Myanmar military and rebels indicated that the conditions did not exist for the Rohingya to agree to return to their homeland.

(Only the headline and picture of this report may have been reworked by the Business Standard staff; the rest of the content is auto-generated from a syndicated feed.)

Business Standard has always strived hard to provide up-to-date information and commentary on developments that are of interest to you and have wider political and economic implications for the country and the world. Your encouragement and constant feedback on how to improve our offering have only made our resolve and commitment to these ideals stronger. Even during these difficult times arising out of Covid-19, we continue to remain committed to keeping you informed and updated with credible news, authoritative views and incisive commentary on topical issues of relevance.

We, however, have a request.

As we battle the economic impact of the pandemic, we need your support even more, so that we can continue to offer you more quality content. Our subscription model has seen an encouraging response from many of you, who have subscribed to our online content. More subscription to our online content can only help us achieve the goals of offering you even better and more relevant content. We believe in free, fair and credible journalism. Your support through more subscriptions can help us practise the journalism to which we are committed. 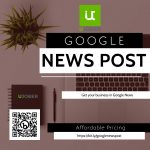 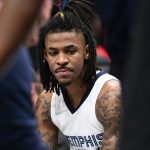 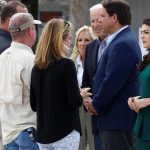 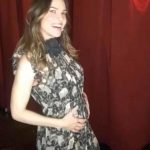 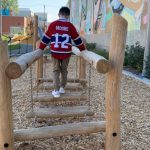