ISLAMABAD: A day after his disqualification by the Election Commission of Pakistan (ECP) for involvement in corrupt practices, former prime minister Imran Khan on Saturday did not seem too optimistic about the outcome of backchannel dialogue efforts with the quarters concerned, saying he will finally announce a date for his ‘historic long march’ on the capital by next week.

Also on Saturday, the Pak­is­tan Tehreek-i-Insaf (PTI) chief moved the Islamabad High Court (IHC) against the ECP ruling in the Toshakhana case and reque­sted a hearing on the petition the same day. However, the IHC chief justice dec­lined the request and said the petition along with obje­ctions raised by the registrar will be taken up on Monday.

During a press conference alongside Senator Azam Swati, who was released on bail earlier this week, at Banigala, Imran Khan was asked for an update on his party’s talks with the government and the powers that be.

“Dialogue via backchannels is a part of [the] routine… political par­ties always keep negotiation channels open. But I don’t think anything is going to come out of these talks. What are we even going to negotiate on… we want fresh elections… for the sake of this country,” he said, vowing to get rid of the incumbent government.

Situationer: 10 meetings and a stalemate

The ex-PM, who has been mustering up support for his upcoming march on Islamabad, also annou­n­ced that he will announce the date of the march on Thursday or Fri­day if there was no headway in talks.

“I will announce the date on Thursday or Friday [Oct 27-28]. Even if I am arrested [before the protest], the long march will take place because people want to get rid of the current government,” Mr Khan said.

Speaking about Mr Swati, who was arrested for posting a tweet about the army chief, the PTI chief said it was unfortunate that politicians were being treated like terrorists in Pakistan. “Earlier Shah­baz Gill was arrested and was stri­pped and subjected to sexual torture. If the court had taken notice of the incident, Azam Swati would not have suffered the same fate,” he alleged.

In a comment on the arr­est of the PTI lawmaker from outside the ECP, Imran Khan said Saleh Mohammad was treated by police like a criminal.

Senator Azam Swati said that despite being a parliamentary leader of PTI and a legislator for the last 17 years, he was arrested in front of his grandchildren and was subjected to torture. Mr Swati added that if the CJP could not protect the people, he had no right to stay in the office.

In a chamber hearing on Saturday, Chief Justice Athar Minallah upheld the objections raised by the court’s registrar and fixed the PTI’s petition for hearing on Monday. The registrar had raised objections that the plea could not be heard on Saturday, since it was not a habeas corpus matter. How­ever, a hearing on other adm­inistrative objections has been deferred till Monday.

It may be mentioned that the Judicial Commission of Pakistan (JCP) is scheduled to meet on the same day to consider Justice Minallah and three other judges for their elevation to the Supreme Court.

If JCP recommends Justice Minallah’s name for ascension to the apex court, then he can only hear this case for two weeks because as per Article 175-A, the Parliamentary Committee on Judges Appointments is bound to make a decision on JCP’s recommendations in two weeks.

The petition, filed by PTI counsel Barrister Syed Ali Zafar and Barrister Gohar Khan, contended that “in case the asset is sold or otherwise disposed of, before June 30, there was no requirement of providing the same in the statement of assets and liabilities. It said the ECP had no jurisdiction to de-seat Imran Khan without following the procedure provided in the Elections Act 2017 and obtaining the judgement from a tribunal against a member after a proper trial. 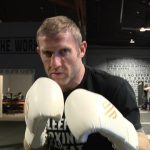