The touch screen of and phone is never going to quite offer a real or tactile mobile gaming experience, but with the Backbone One, you can essentially turn your mobile into something like the Switch, and it is awesome.

If you plan on gaming on the go, you’ll likely find yourself staring down the barrel of a Nintendo Switch purchase, because these days, there’s not a lot of choice. Sony’s PlayStation Vita and PSP are dead, and Microsoft hasn’t exactly embraced a portable Xbox, though there are PC-based options, of course, such as the Steamdeck and similar takes on the idea.

There is another option, of course: your phone. It’s already likely one of the most powerful computers in your home, and you use it for everything else. It’s your camera, media player, web browser, emailer, calendar, payment system, and it may well even actually be used as your phone, so why not use it for gaming, too?

That’s specifically the point of the Backbone One, a peripheral that looks just like a game controller made for your phone. In fact, with the Backbone One PlayStation Edition, it’s about as close as it gets to getting a PlayStation controller to play nicely with your phone. There’s an iPhone version and now an Android model. Is this a must have gadget for mobile gamers? 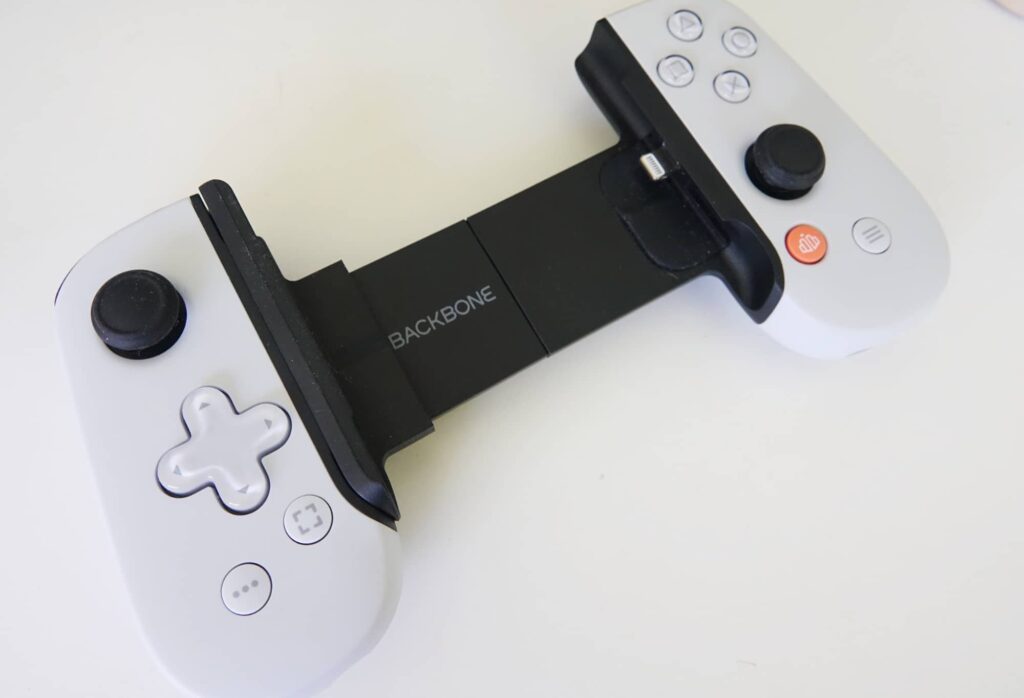 What is the Backbone One PlayStation edition controller?

A peripheral made for gamers, this gadget is Backbone’s take on the console-styled controller to fit a phone, specifically an iPhone. There is an Android version that you can now find, but the model we’re reviewing is iPhone-specific, meaning it comes with a Lightning port and is powered by your iPhone, or maybe even an iPod Touch.

It features an extendable bar at the back that helps the two sides of the controller basically wrap and hug a phone, and each side includes buttons clearly inspired by a real video game controller, including sticks, directional pads, buttons, shoulder buttons, and menu buttons.

The bottom includes a 3.5mm headset jack should you want to plug right in and listen to audio from the phone, plus a Lightning pass through cable to keep the phone powered and charged, because this will draw power from a phone to work.

You won’t get the Dual Shock functionality from a PlayStation controller, but the design is roughly converted to match your phone, and do one thing: let you game on the go.

What does it do?

From the first look, the Backbone One PlayStation Edition is clearly a controller meant to snap around your phone and turn it into a mobile game system. There’s a Lightning port for the iPhone, and it also works with an iPod Touch if you still have one of those, with the extendable arms grappling around the length of your device and hugging it tightly.

When your phone is nestled inside, you’ll want to grab the Backbone app from the App Store, and you can use this fantastic little interface to look for games to play, capture in-game media for sharing, and generally just play games.

This isn’t just a game controller; it’s a mobile gaming experience where the software is as important as the hardware itself.

Does it do the job?

Plug your phone or iPod touch in, and the controller will wrap around the device nicely, the back bar closing tight and essentially turning your device into a phone with a console controller grip.

It’s easy and logical, and a super cool conversion, with the PlayStation markings from the PlayStation edition of the Backbone One really giving it that extra pizzazz and charm.

The controls fell nicely mapped, and if you’ve felt a controller from any major video game system in the past decade, you’ll immediately feel at home. 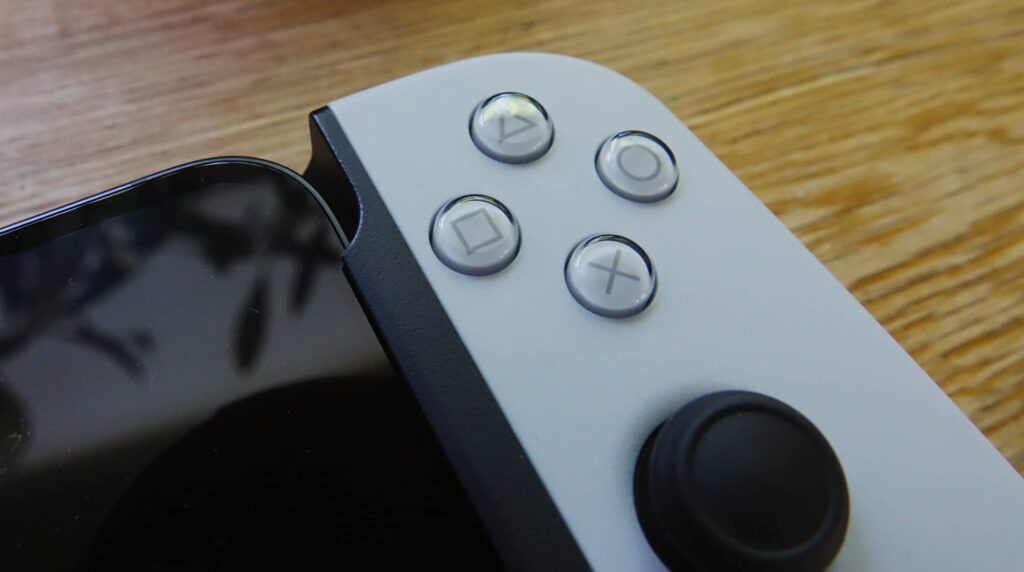 Two analogue sticks are on offer, plus a directional pad, not to mention shoulder buttons and the obligatory four gaming buttons, which on the PlayStation version have the square, triangle, circle, and X markings that normally sit on a PlayStation controller.

The difference between the regular Backbone One and the PlayStation edition is primarily the markings on those buttons — Xbox’s letters (ABXY) versus PlayStation’s shapes — plus a white colour scheme based largely on the excellent PlayStation 5, but that seems to be largely it.

And it does the job nicely, allowing you to play controller-based games with a control scheme based on how a PlayStation controller looks and feels. It’s just magic.

There’s even a feature to let you use the controller on other devices with a “Play On Any Screen”, though you have to activate it while it’s connected to an iPhone, and then detach it and wired it directly to the other device you want to use. 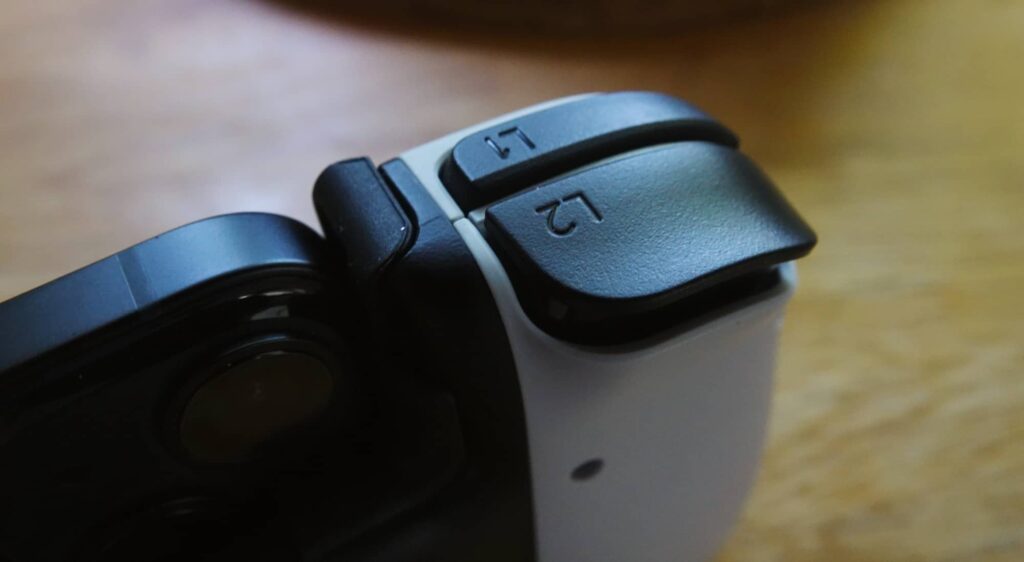 What does it need?

We love almost everything about the Backbone One, from the feel, the design, and the way the software brings together the entire package.

But there’s one thing that frustrates us about how it works with the iPhone: it forces you to remove your case.

It’s rare to find folks that use their phone in the “naked” style, also known as “without a case”. Phones are expensive, and so protecting your phone with something is a must have these days, especially if it’s to survive that thing called “life”.

Unfortunately, the Backbone One is designed in a way whereby you’ll likely need to remove the case for your phone, or the whole thing won’t fit. We’ve tried numerous cases on iPhone models, from official to third-party, and nothing fits.

To use the Backbone One with your iPhone, you’ll likely need to remove it from the case. 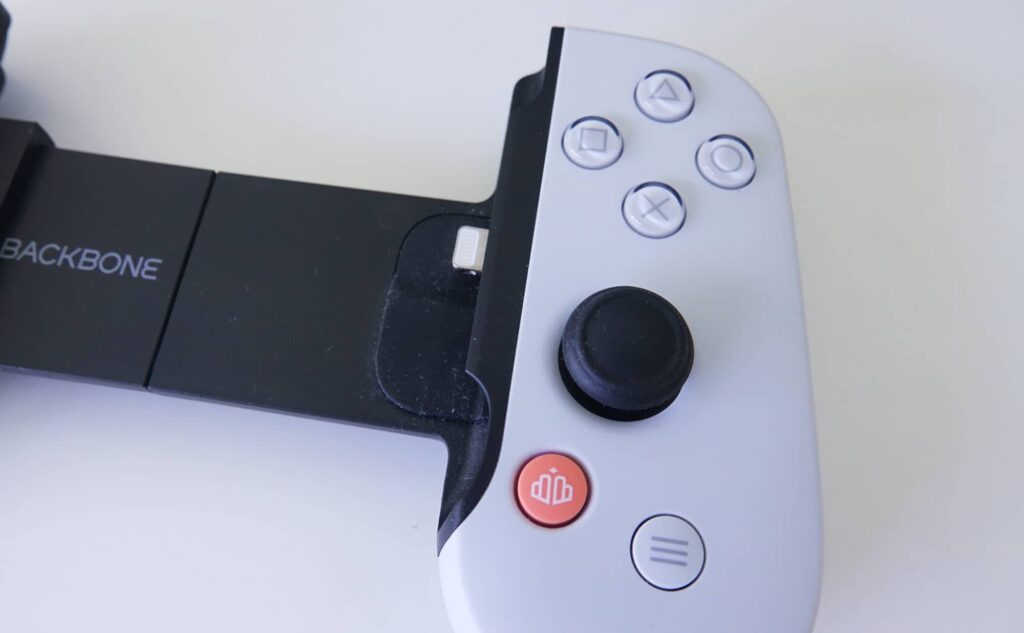 And we get it: cases can add an impossible to guess varied amount of thickness and dimension to the design. There’s likely no conceivable way to make this peripheral match every case out there. We get it. But it’s also a niggle worth mentioning and worth complaining about, especially in a review.

The other factor is that subsequent iPhone models will likely need to see your request an accessory to make your iPhone fit the design of the Backbone One. Our review unit came with one for the iPhone 13 range, and then the iPhone 14 range came out and the camera bump was bigger again on the iPhone 14 Pro and 14 Pro Max, which means another accessory is needed.

To Backbone’s credit, the accessory is free, you just pay for shipping, which is five dollars in Australia.

The creators clearly can’t see into the future and design a version of the controller that will fit all future iPhones, so this workaround is totally fine, plus Backbone models come with this accessory in the box. However, it’s worth knowing about before buying, because there’s a good chance the next future iPhone you but won’t be immediately compatible, not just because you’re keeping the Backbone One in a case. 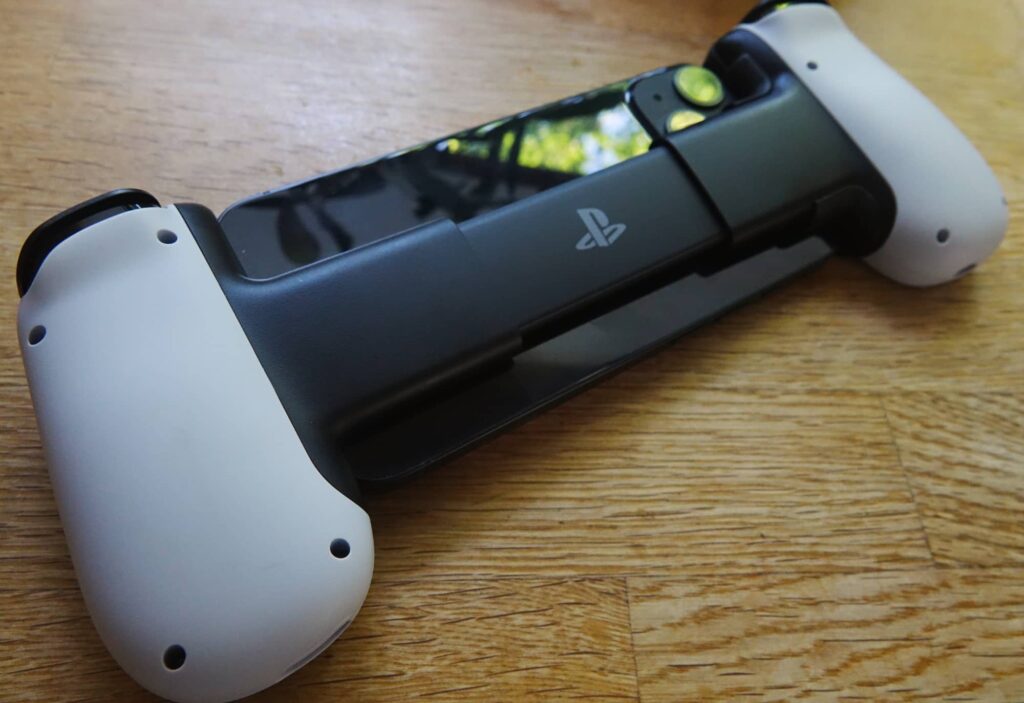 Is it worth your money?

The good news is that we don’t believe these issues harm the experience of using or owning the Backbone One. Removing a case is nothing, and remembering to put it back on, also nothing.

The tag, however, is not nothing.

At a price of $180, the Backbone One isn’t necessarily an inexpensive bit of kit. More money than an $80 Xbox controller and a $40 Otterbox Mobile Gaming Clip — which together is similar to what this is — there are clearly ways to save money to achieve what is roughly the same outcome.

But even though the hardware is similar to that combination, the extra money gets you more than just the convenience and ease of use having the two married together gets you: great software.

Backbone’s software is actually one of the best points about the hardware, providing an app that not only lets you take screenshots and videos in-game to share them with friends, but also a fantastically developed interface not unlike the PlayStation itself.

It’s a spot of software that unites the games you have access to and acts as a shortcut showcase for linking you to them, and the whole thing comes together beautifully.

Sony doesn’t make a portable PlayStation anymore, but this is more or less it. Even the markings on the controller help you feel like you’re gaming with an official concept. 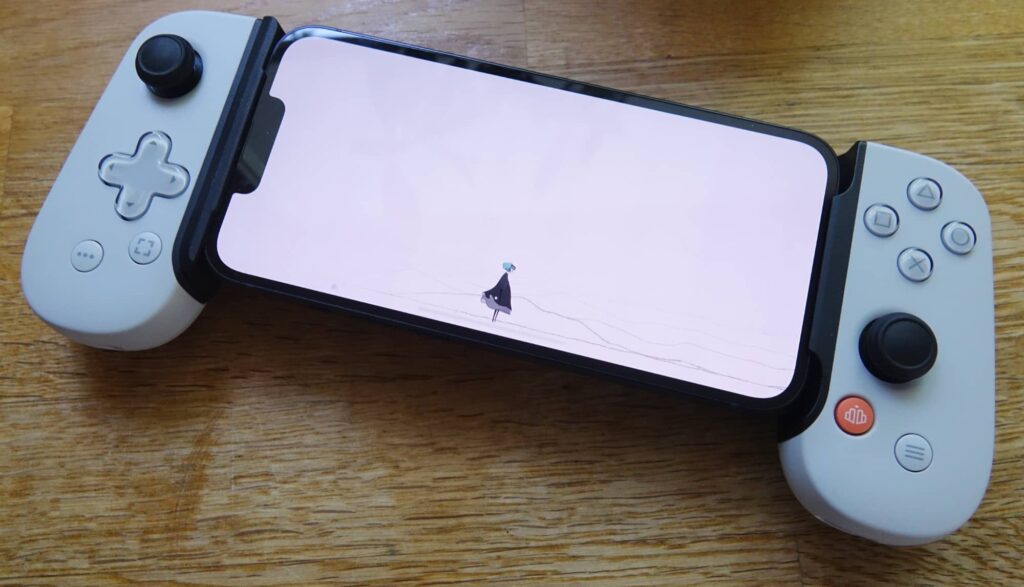 We don’t own a Switch, and given how few video games we play, don’t expect that to change.

Spending money on an extra games console we won’t use is likely a vibe many can relate to, especially in the midst of this economy. Practically everything else is more important a spend then another random piece of technology we’d need to supply another set of software for. Maybe we’re just not the dedicated gamers we once were.

But gaming on a phone, now that is very possible.

When you already have a decent amount of games on offer from something like Apple Arcade (which is included in our Apple One subscription), not to mention games accessible in the cloud through Xbox Cloud Gaming, the addition of a great hardware controller with equally brilliant software makes for a fantastic mobile gaming experience.

I love this thing. I love that I spend most of time on a phone and can now game on one like it was a real genuine console.

I don’t have a lot of time for gaming these days, but with the Backbone One, I feel like this could be my way to keep gaming. It’s one of those must have gadgets. This is mobile gaming at its best. Highly recommended. 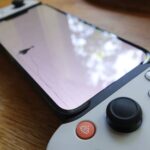 Snaps in place on iPhones or iPod Touch easily

Backbone includes an accessory to make it compatible with newer iPhones

Includes a Lightning pass-thru for charging